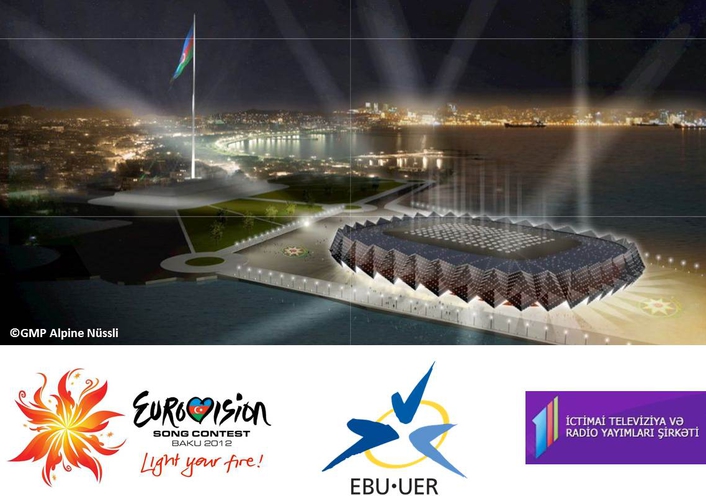 The Baku Crystal Hall, which was commissioned by the City of Baku, is a brand new multi-purpose indoor arena with an expected capacity of up to 23,000 spectators. Approximately 16,000 people will be able to attend each of the three Eurovision Song Contest live shows in May.

The 2012 Eurovision Song Contest will take place on the 22nd, 24th and 26th of May in the capital of Azerbaijan, Baku. Azerbaijan won the right to host the contest when viewers and professional juries across Europe chose their 2011 entry Running Scared by Ell/Nikki as winner.

Light your fire!
The motto for the 2012 Eurovision Song Contest is Light your fire! Along with the slogan, the theme art for the contest was presented in a spectacular show coming live from Baku, Azerbaijan, the Host City of the upcoming edition of Europe's favourite TV show.

If the 2011 contest took place under the slogan Feel your heart beat!, Baku 2012 will go into the history books under the motto Light your fire!Azerbaijan has been known as the Land Of Fire for a while now and the symbol of fire and flames is used extensively across the country. The people of Azerbaijan also take great pride in this association with fire.

"Since the dawn of time, mankind has come together around fire to communicate through the telling of stories, song and dance. The Eurovision Song Contest is where people come together to celebrate and communicate through song and dance," the creators explained the idea behind the theme art.All of that can be seen visually in the theme art of the 2012 edition of Europe's favourite TV show. By the way, if you look at the main symbol closely, you can see much more in it, than you'd expect at first glance.

Since 2004, the Eurovision Song Contest has a generic logo where in the heart of it the flag of the host country is displayed. However, every year the European Broadcasting Union (EBU) invites the Host Broadcaster to create the visual identity to support the logo.The visual side of this year's contest was designed by London-based branding company Turquoise.

The Semi-Final allocation draw at the Buta Palace
Also yesterday the Semi-Final Allocation Draw for the 2012 Eurovision Song Contest took place in Baku, Azerbaijan. Under the scrutiny of the contest's Executive Supervisor Jon Ola Sand, on behalf of the EBU, and Thomas Niedermayer, Project Manager Voting from the official voting partner Digame, which handles the pan-European response platform over which the contest's voting runs.

This year there was a big show to kick-off the 2012 Eurovision Song Contest season in the Buta Palace in Baku. The hosts Leyla Alieva and Nazim Huseynov introduced the Mayors of Baku and Düsseldorf, last year's host city for the traditional Key Exchange ceremony. 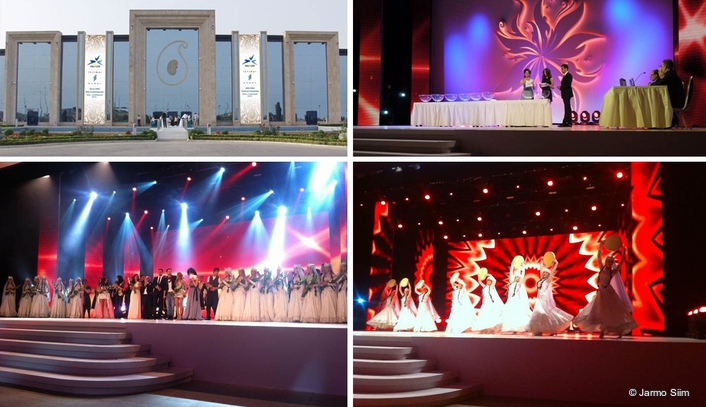 To assure maximum suspense, the 37 countries represented in the Semi-Finals were drawn from six pots, based on voting patterns from the past years. Remember that, viewers can only vote for the other countries that take part in that respective Semi-Final.

It was also decided if a country participates in the first or second half of the respective Semi-Final, so that delegations know well in advance on which day they are expected in Baku for their first stage rehearsal.After Jon Ola Sand and Thomas Niedermayer were invited on-stage, the draw took place (please find the results here)

To decide the starting order of the songs in each Semi-Final and the Final, there will be another draw to be conducted at the Heads of Delegation meeting in March.The show went on after the draw with the orchestra playing classical music, some impressive dancing and live performances from Eurovision stars Ruslana, Aysel, Alexander Rybak, Safura, Lena, and Ell/Nikki!! 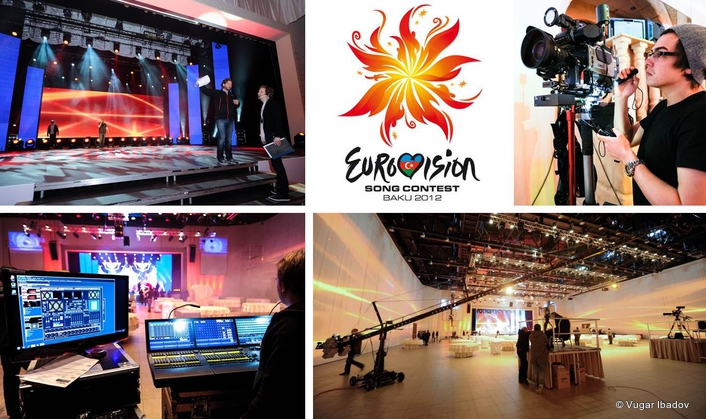