CPL Ramps It Up for 2019 Camper Calling Festival 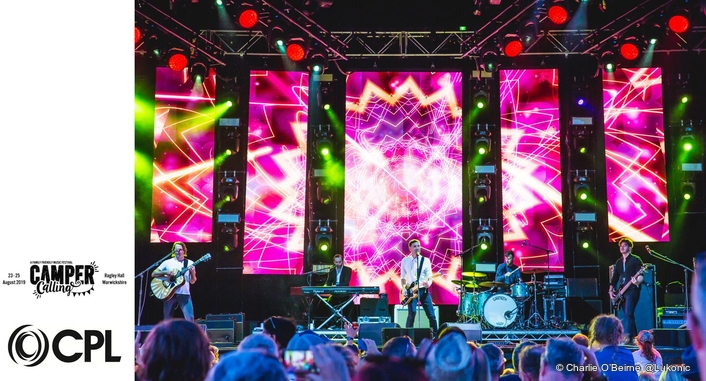 Celebrating its fourth very successful year, the UK’s Camper Calling music festival organizers Jazz Events upped the ante and invested in more production to ensure that loyal fans of this fun-filled, family-friendly event enjoyed a diversity of entertainment to the full, in the beautiful grounds of Ragley Hall estate in Warwickshire over the late summer bank holiday weekend.

CPL was delighted to be back as video supplier to the main Lakeside Stage. CPL has been involved since the first one in 2016 and this time added LED IMAG side screens to their package for the first time. The line-up included Skunk Anansie, The Fratellis, Ash, The Feeling, Craig Charles, Sleeper, Tony Christie, Artful Dodger and many more. 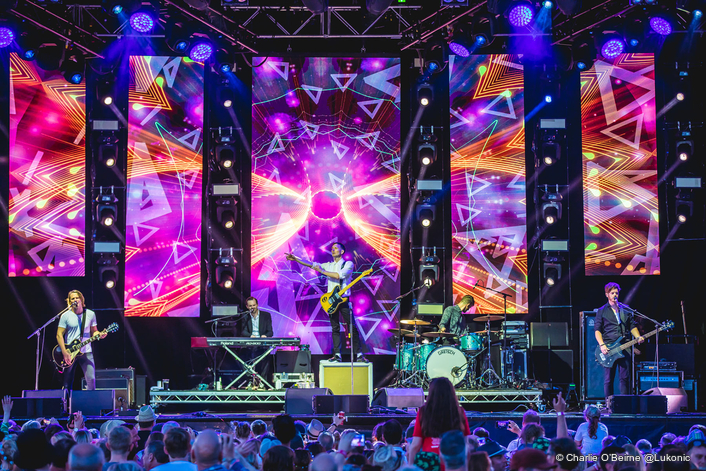 The stage – one of Star Live’s mobile structures – was bigger this year, around 15 metres wide, and the two IMAG screens were rigged either side, each measuring 6 meters wide by 3.6 metres high and made up from CPL’s Roe CB5 LED product in Air Frames.

Onstage more CB5 was set up as a 2.4-metre-wide by 4.8-metre-deep centre screen flanked by four different length columns – two per side – with drops of 4.2 and 3.6 metres. The interesting and gently asymmetric look was designed by CPL’s events director Lee Gruszeckyj to break up the stage, and to ensure that all the acts could benefit from having video even when playing in the daylight. 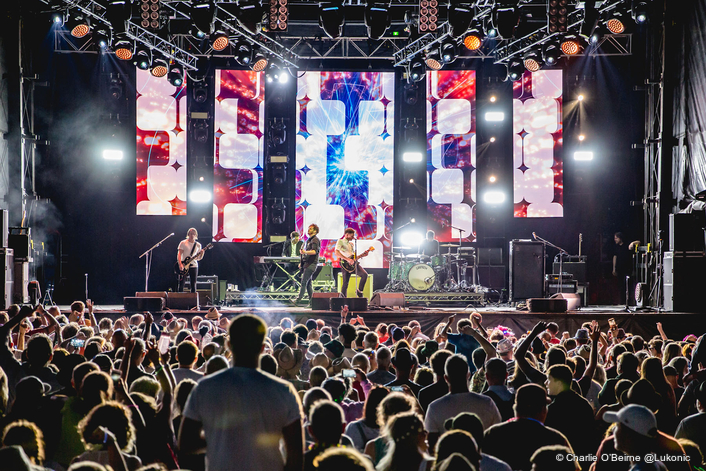 All the screens were processed by Brompton Tessera SX40s – main and hot backup – for full redundancy.

A d3 4x4 media server was supplied to feed the onstage screen elements, and CPL produced and composited all the content. 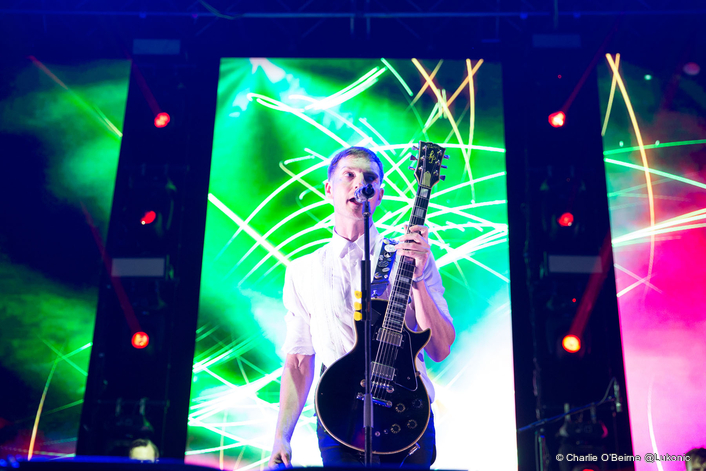 Considerable energy went into contacting all the artists and their tour managers in advance to get hold of content. Where there was no specific content available to show or play out during their set, CPL made utilized their logos and branding plus other material and added that into the overall show track that was produced for each day.

Some arrived on the day with new content that then had to be quickly programmed and integrated into the CPL system, but the idea was to ensure that everyone had something individual, different and distinctive, and the system was built to be as flexible as possible to incorporate potential up-to-the-minute changes! 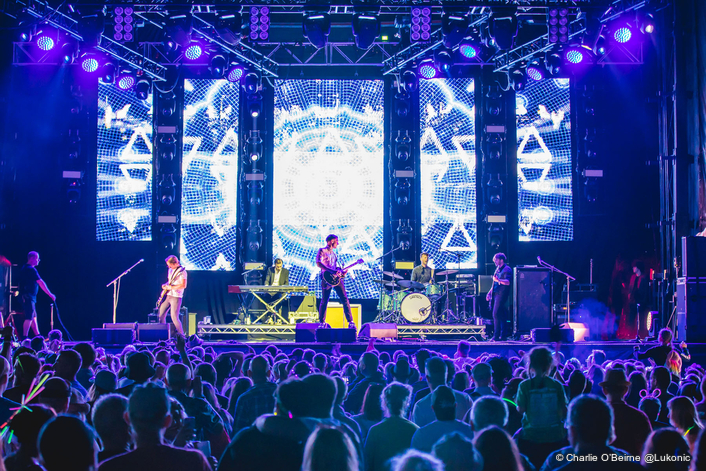 With 10 or 11 bands a day starting at midday and finishing around 10.30 each night, this also ensured that the audience didn’t see any repetitions!
The IMAG screens were used for public announcements and for roving audience camera pick-ups during the changeovers, a go-to crowd-pleaser that helped get everyone excited and feel more involved.

CPL’s control / command position was established in a portacabin backstage, from where Lee directed the camera mix. He worked with four crew on the show days and an extra five for the in / out.
Also feeding into the Barco E2 system used for screen management were four cameras.

Two Sony HXC-100s, one with a Canon CJ12 lens was stationed in the pit for close-ups, and the other was located back at the FOH position, fitted with an HJ40 lens for overall shots and some zoom-ins. 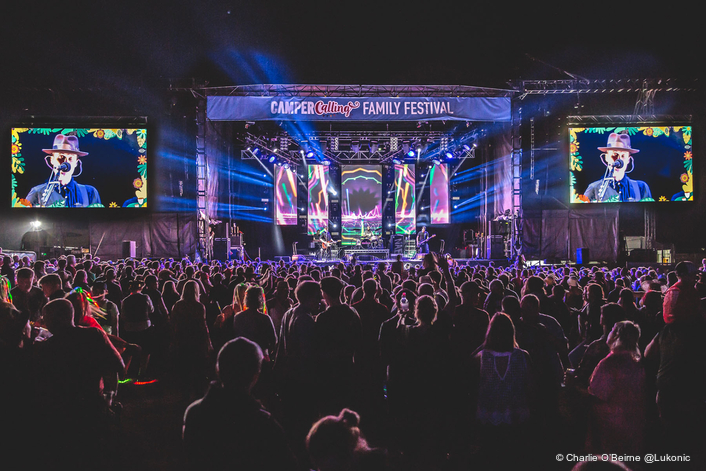 Two of CPL’s Agile remote cameras were positioned onstage – one fixed on the stage left structural leg truss, and the other on a movable stand. This often sat behind the drum kit to capture a nice full reverse shot of the crowd from stage, but this was variable depending on the act and their backline setup.

Overall, the video added great dynamics and depth to the stage and the onstage video design made sure there was always something filling the back-of-camera shots.

All the artists enjoyed having a creative video element, and for some early in the bill ones, it was actually the first time they had enjoyed a full-on video production.
“We all really enjoyed being back for another year,” stated Lee, “there is a fantastic atmosphere, and it’s great to work with a client committed to investing in and delivering proper production values and a great guest experience.”

On site they worked with the crew from Urban Audio who supplied sound and lighting and production manager Warren ‘Waz’ Fisher. Everyone enjoyed the fantastic surroundings and sizzling sunny Bank Holiday Weekend weather which smashed the existing UK records for high temperatures!