Says Colour Sound MD and Project Manager Haydn Cruickshank, “We love working with Jonny. His designs are always interesting and it’s been great to see Rudimental rise in popularity. They work really hard on their live shows, which have been instrumental to building their career so far”.

The lighting rig – for which Colour Sound also supplied all necessary trussing and rigging -  featured three overhead trusses of 40ft long and six vertical trussing towers on the deck measuring 6.5, 6 and 3 metres respectively. The positioning of the floor trusses drew attention to the spectacular backdrop designed and supplied by Hangman – inspired by the famous Hackney Peace Memorial. 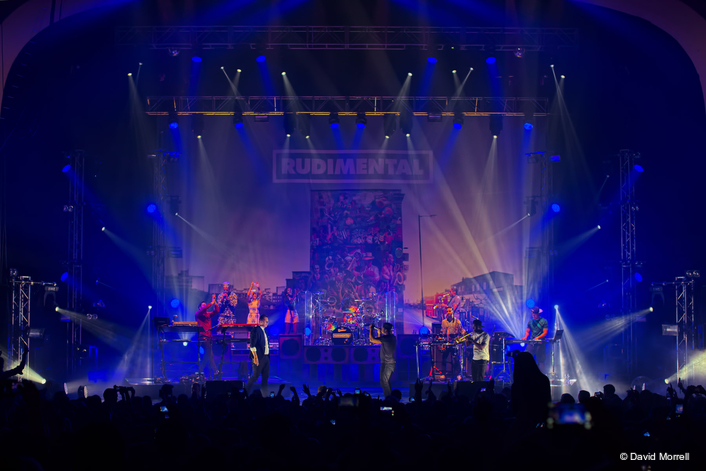 The band have used this as a visual centerpiece for the tour which kicked off mid 2013, however this version of the backdrop was new and created using a special technique with an image on both the back and the front of the cloth – a day and night version of the scene – which were revealed with some lighting trickery! 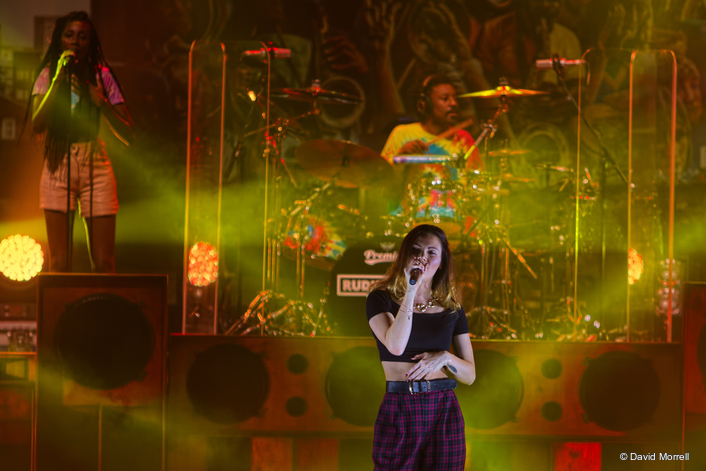 On the front truss, Gaskell placed ten ETC Source Fours for band and guest singer key lighting together with six of the LEDWash 600s which he used for audience colouring – the band involve the crowd a lot in their shows. For audience blinders he used a row of 2-lite Moles, and there were also two half mirror balls on the front truss.

The mid truss was rigged with six of the MMX Spots, four Sharpies, six LEDWash 600s and another two half mirror balls.

He made the most of the available stage space below with the three towers, the two tallest of which were rigged with two Sharpies and two LEDWash 600s on drop arms, plus two Atomic strobes and two 2-lites. 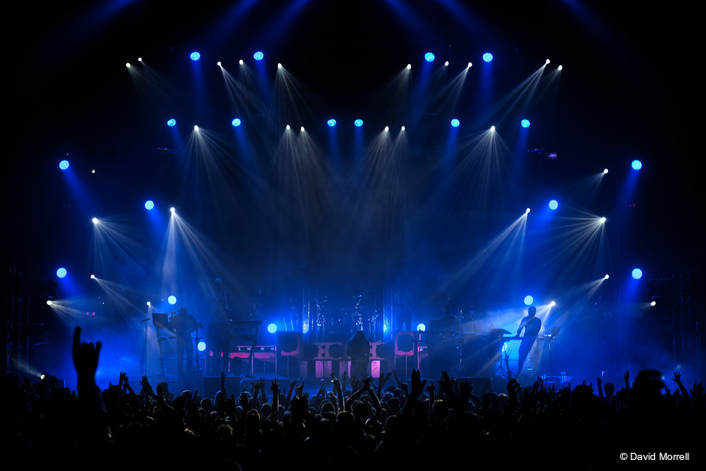 The two six metre towers were each populated with two LEDWash 600s, two 2-lites and Atomics, one MMX Spot and a single Sharpie.

On the three metre towers each side were an MMX Spot, a LEDWash 600, an Atomic strobe and a 2-lite.

Upstage behind the drape across the back were five Studio Due CityColor 2.5Ks  shooting up the backdrop and making it glow for its night-time state. They were fitted with barn doors for accurate focusing.

Lighting the front of the drape – for the daylight look – were seven CK ColorBlaze 72 LED battens. 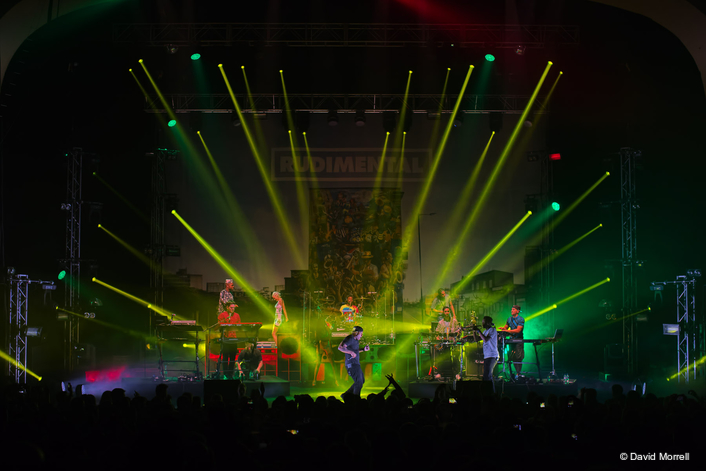 Upstage of the band risers, another four MMX Spots and LEDWash 600s were lined up across the stage, together with four 2-lites and four Atomics.

Mid-stage were another two LEDWash 600s shooting low-level cross light over the risers and their fascias, and downstage on the floor just in front of the towers were three LEDWash 600s and one MMX Spot to cross light the front line and singers. This low level cross lighting helped keep an intimate and close feel onstage, one of the atmospheric goals of Gaskell’s design.

With the overheads, the towers and a well-positioned and thought-out floor package, Gaskell had a multi-layered lightshow that brought plenty of depth and detail to the stage.

His lighting pièce de résistance however was five Novalight Nova Flowers, used for creating some fantastic old-skool high-powered flower effects in two songs. One was behind the drummer, two upstage left and right and two mid-stage left and right. 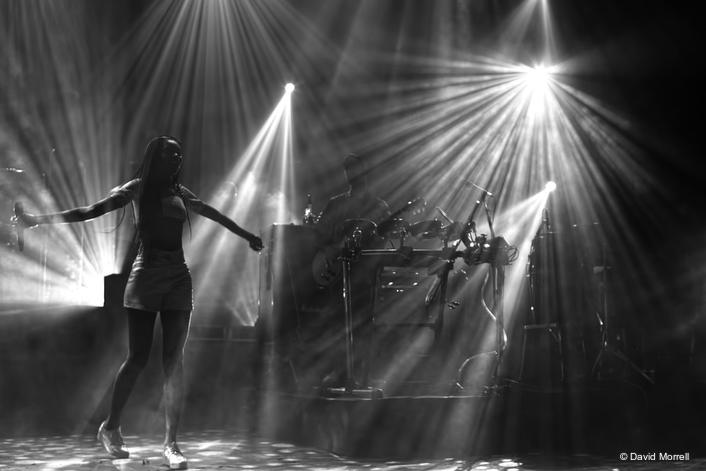 A bit of an indulgence, these were well worth it for WOW factor impact! “There is nothing else that quite does this as well as these fixtures,” confirms Gaskell.

He says, “Colour Sound did a brilliant job as always – the gear, the service, the people and the attitude … are all spot on”.

He has known H (Haydn Cruickshank) and many of his team at Colour Sound for around 20 years – although sometimes it only seems like10 minutes ago since they first met!! -  and has used the company regularly to supply his rich and varied portfolio of lighting design work which embraces the worlds of music, dance and fashion.