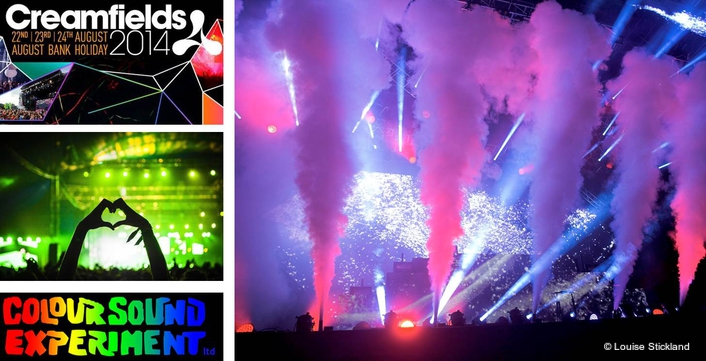 Avicii at the open air stage at Creamfields 2014
West London based lighting and visual rental specialist Colour Sound Experiment supplied over 550 moving lights plus hundreds of other lighting fixtures, rigging and trussing – including for the video elements - to the North and South open air stages at the 2014 Creamfields EDM extravaganza, staged at Daresbury Estate, Near Warrington.

Colour Sound’s team was again led by Crew Chief Jon Rickets, and they all worked closely with creative and technical production specialists LarMac LIVE to achieve spectacular results as the legendary clubbing event, which sold out to its 70,000 capacity, pushed new heights of production excellence. 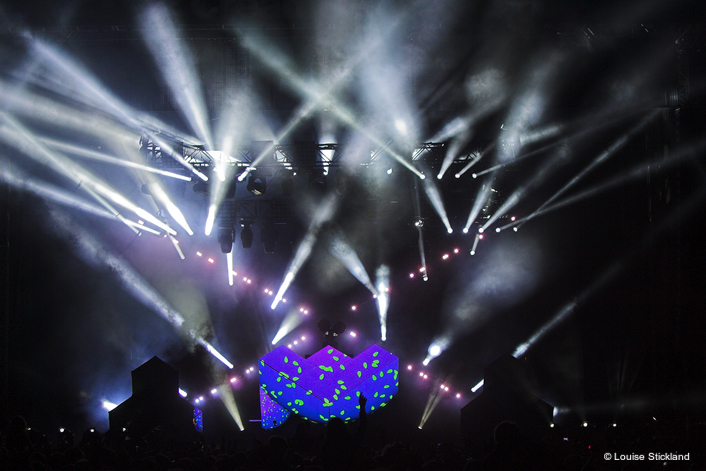 With a rich and vibrant history and roots in the UK dance scene, Colour Sound has always embraced the innovation and adventure of the genre, and has enjoyed an association with  Creamfields since the first event in 1998. 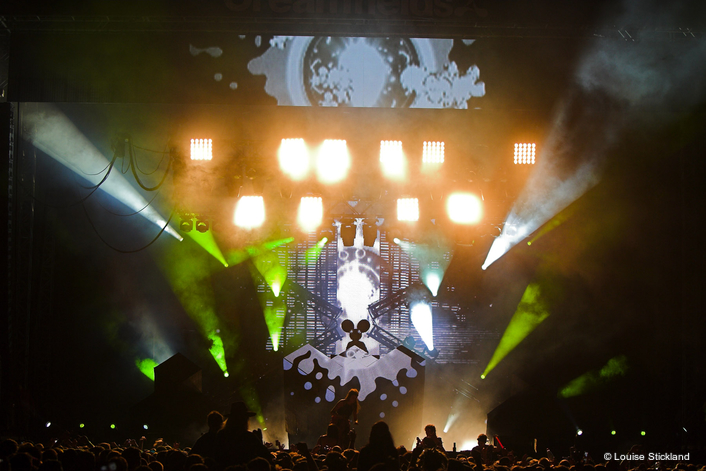 Now a global brand of huge significance in the buzzing world of EDM, this year an incredible line-up included open air stage headliners Avicii and deadmau5 (Saturday) plus Calvin Harris and Dmitri Vegas & Like Mike who closed the stages on the Sunday, together with a myriad of incendiary performances from the likes of Armin Van Buuren, Hardwell, Afrojack, Steve Angello, Axwell & Ingrosso, Fatboy Slim and numerous other established and rising stars.

The North and South Stages were almost identical size and Colour Sound’s production lighting design for both areas was created with reference to all the requirements of the headliners and their LDs. This also entailed major overnight changeovers on both stages.

The South Stage moving lights included over 80 each of Robe’s MMX Spots, LEDWash 600s and Pointes, together with Clay Paky Alpha Spot 1500s plus copious quantities of strobes and blinders. 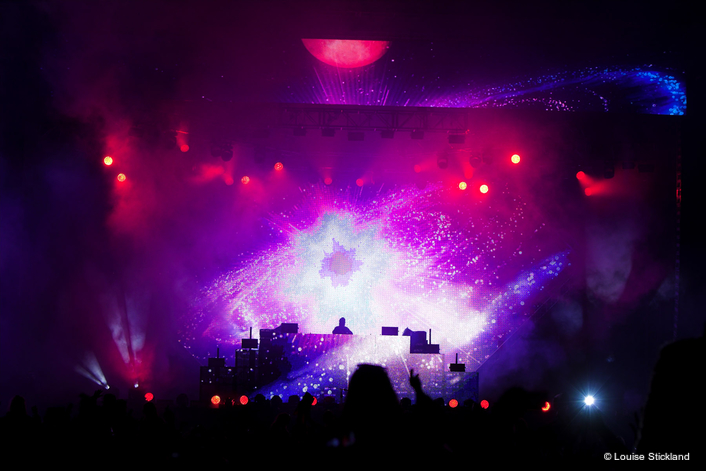 Colour Sound also supplied two sets of control consoles - grandMA2 and ChamSys – as specified by the different LDs, and all things lighting on this stage were co-ordinated by Dave Kyle with Chris Steel running the FOH.

The North Stage was overseen by Colour Sound’s Sam Campbell with a moving light count around the 250 mark – including Clay Paky Sharpies, Alpha Spot and Wash 1500s together with Robe LEDWash 600s and 1200s.

These moving fixtures were joined by loads of strobes and blinders – which no self-respecting EDM show would be without – together with some Jarags for additional impact. grandMA and ChamSys control were also available here.

Deadmau5 brought in their touring package underneath the production rig.

In both North and South arenas four of Colour Sound’s custom Litec QX30S trussing towers were deployed for audience lighting. The towers sit on special bases which can be extended to up to 7.5 metres high using a manual winch / steel system, and are quick and easy to erect. 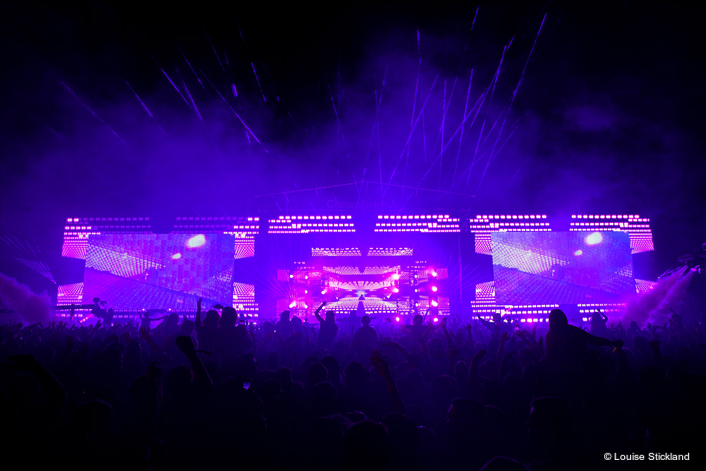 They can be rigged with any combination of lighting fixtures (up to 500 Kgs in total), and in this case, each one had 4 x Sharpies (North) or Pointes (South), two Atomic strobes and two 2-lites, all of which were hooked into the main FOH house lighting desks.

The overnight changeovers were again the major technical challenge of the event for Colour Sound, especially on the North stage where a substantial video turnaround dictated that all departments had to fit – like a giant jigsaw - into their requisite available timeslots.

The other challenge was the mud! Although the site was spared heavy rain whilst the event was running on Saturday and Sunday, a good drenching on the Friday meant the ground soon turned into a mudbath and working became treacherous and tough going. 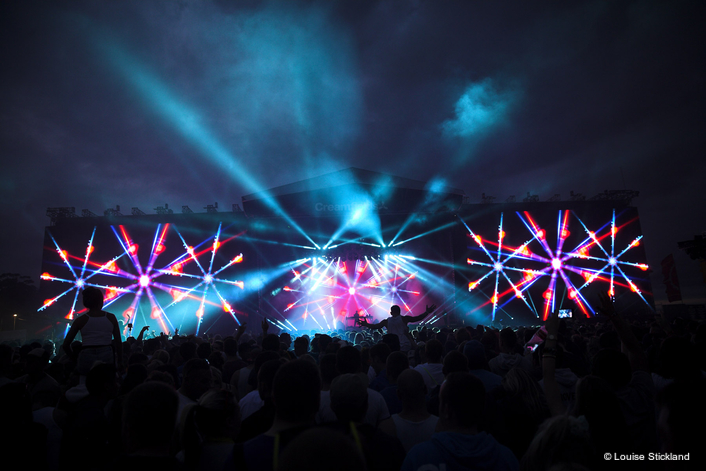 Says Jon Rickets, “There’s always a great vibe at Creamfields and we really enjoy working there. It was great to see all the hard work and the investment into the production pay off and produce two days of top quality shows”.