Colour Sound Goes Back to the Underworld

.
Colour Sound Experiment’s Haydn Cruickshank (H) put on his moving and grooving shoes and cut some serious shapes behind the lighting console on the latest leg of an ongoing tour by electronic gurus Underworld.

Colour Sound provided both lighting and LED screen for H’s lighting and visual design, which took him back to the heady days and rave roots of his early career.

His relationship with the band – highly influential and known for their unique sound and techno rock fusions - dates back 22 years, with this tour a continuing 20th anniversary celebration of their seminal first album, dubnobasswithmyheadman, a special expanded edition of which was released in late 2014. 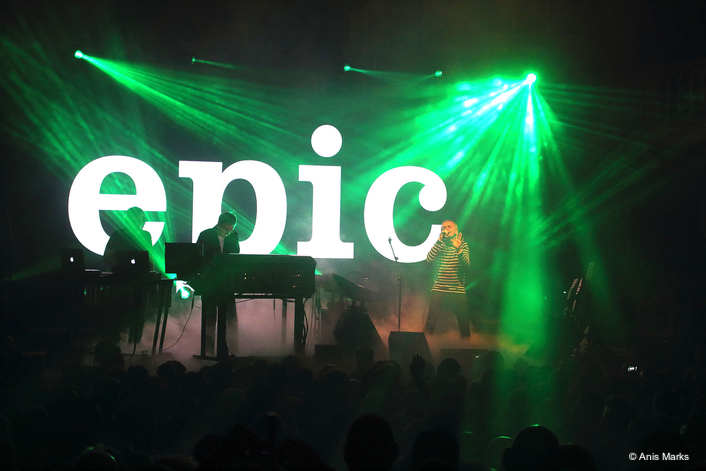 As well as running one of the busiest rental companies in the UK, H loves keeping hands-on and right at the ‘front line’ of the action, so he relished being out on the road again.

He received a loose brief for the lighting which was that it should be ‘minimal’, so he kept things restrained, raw and relatively monochromatic for the first half of the show, which was a powerful and complete rendition of dubnobasswithmyheadman … performed live in its entirety for the first time ever.

After this, he morphed the lightshow into a different style which became funkier, ravier, phatter and more colourful as the set continued.

The rig was straightforward in terms of structure with three overhead trusses – front, mid and rear - and the complexities and detail of the visual picture added with layering created by    pushing all the fixtures to the max.

These were distributed between the three trusses and the floor, with the four Nova-Flowers upstage on the deck, plus four ETC Source Fours for key lighting on the front truss. 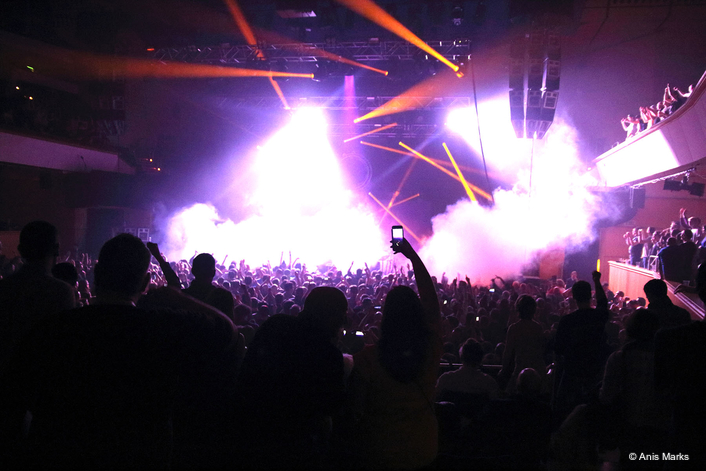 At the back, concealed behind the band risers, was a 2 metre circular truss which flew up for a couple of specific numbers before going back down and disappearing again, and on this were 12 x Chauvet Beam LEDs.

As you would expect, atmospherics were high on the agenda, with H utilizing five devices positioned for strategic hazing – a Jem Glaciator and two ZR44 foggers together with two Reel EFX DF-50s.

For control he chose one of Colour Sound’s ChamSys MQ300s.

The LED screen was hung off the back rail of the rear truss and comprised 75 panels of Colour Sound’s proprietary BT6 LED screen.

The black faced LEDs meant that it could also disappear easily into the background and be concealed with lighting, popping out with content that was apparently ‘floating’ in air and looked highly effective.

Video content was run by Toby Vogel – this also fitted into the minimalist oeuvre with the start of each new number preceded by a single word appearing on the screen in black and white.

In terms of delivery, H comments that the show and the basic emotion and feel of the music has not changed since 1994 … however … the technology has changed dramatically!

“I was keen to capture the essence of that original rave scene idealism and exuberance when it kicked off in the early 1990s” explains H, “But giving it a contemporary look and relevance using today’s technology”.

Back in the 1990s … he recalls using a bunch of Golden Scans – a moving light that became synonymous with the concept of rave lighting for its speed and effects – together with Terrastrobes which were the most powerful retina-burnout source available at the time … and the absolutely legendary Strobe Flower. 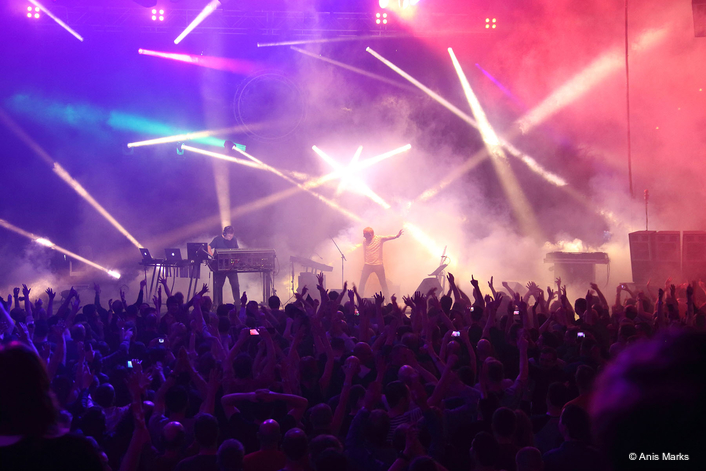 The Optikinetics Strobe Flower was a notoriously temperamental unit, big and heavy to rig, a nightmare to transport … BUT produced the most awesome psychedelic effects that made it a piece of era-defining rave culture technology loved by those who remember them with the rose tinted aid of nostalgia.

The rigs back then would have all been run via several Pulsar Masterpiece consoles  - Masterpii control - as this technique was commonly dubbed. H can remember stringing at least three together for the larger shows … at which point he ran out of hands and fingers to operate coherently!

The Super Novas were chosen for this tour for their pseudo-Strobe Flower like qualities and were used sparingly in a couple of numbers where they had maximum impact.

It was also the first Underworld tour that H has lit without one of his signature bespoke lighting effects - a hand-held ‘Follow PAR’ in the pit!

Other firsts included band MD Rick Smith mixing some of the shows from FOH as opposed to his more traditional position of onstage, which made a big different to the dynamics of the sound and the whole show.

H is enjoying the tour and also the challenge of learning and lighting the slower album tracks, as the set is a bit of a departure from previous shows, this time with more moody and reflective punctuations to the energy-pumping techno!

He was joined on the lighting crew by Chris Brown, James Hind and Franki McDade.