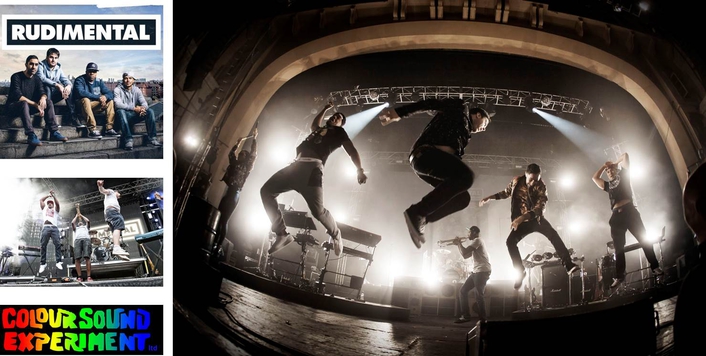 When it came to choosing a lighting supplier for the tour, Gaskell recommended west London based Colour Sound Experiment, with whom he has worked on many previous projects.

“I wanted a selection of good kit and great crew to fit the budget” says Gaskell, adding “H (Colour Sound’s Haydn Cruickshank) has invested a serious amount of money in buying new kit this year and I have always liked the way the company does business”.

The rig for most of the tour was a flexible floor based package which could be augmented with whatever house rigs they happened to find. For the sold-our Brixton Academy show, Colour Sound supplied a substantial amount of additional lighting and infrastructure.

The essence of Gaskell’s stage and lighting design was to bring a flourish of theatre to the performance, to vibe with the music and also add a touch of rawness to emphasize the spontaneous, back-alley ‘carnival’ roots sound.

The band were adamant there should be no glitzy LED looks. They wanted the audience to be able to concentrate on the music and musicians – which is dynamic and embraces multiple genres - without any whizzy lightshow distractions.

The backdrop for the show was created in the style of the Hackney Peace Carnival Mural in Dalston Lane, London, and much of the energy and spirit of this famous public artwork was embodied in the show. 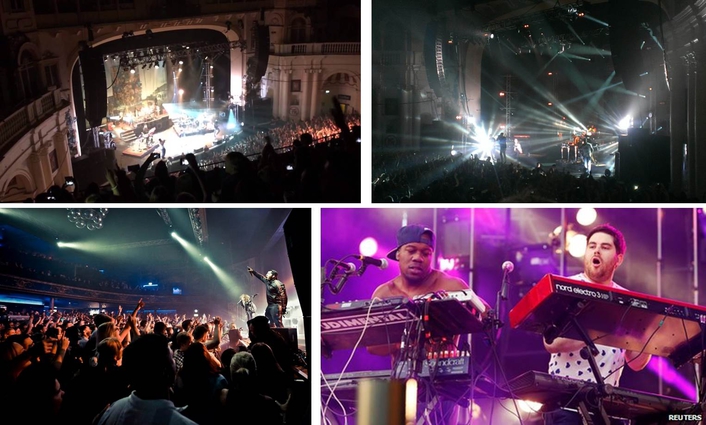 The stage was designed around three levels of risers that brought depth and a basic architecture to the space. The riser fronts were scenically clad with fake speaker grills to emphasis the street feel, and Gaskell’s lighting took the aesthetics of old skool and presented these with a modern twist.

The initial floor lighting rig included 16 x Robe LEDWash 600s, four strobes, ten 2-lite blinders and seven Color Force 72 battens to highlight the backdrop … together with eight half mirror-balls which were dotted around and used as lighting bounce-points.

For Brixton, Colour Sound additionally supplied three trusses complete with all necessary rigging, plus four 6 metre tall truss towers which were carefully positioned onstage so as not to obstruct sight-lines to the backdrop - and out-rigged with lights on both sides.

Source fours were added on the front truss for key lighting and on the deck at the back were six Novalight Nova-Flowers for high impact break-up effects.

James Hind – who has also worked with Gaskell on Orbital and Groove Armada – crewed the tour with him, and Colour sound supplied two extra techs for Brixton.

“Colour Sound were brilliant as always” concludes Gaskell, “Great kit and crew, everything went smoothly and the whole tour was a huge success”.