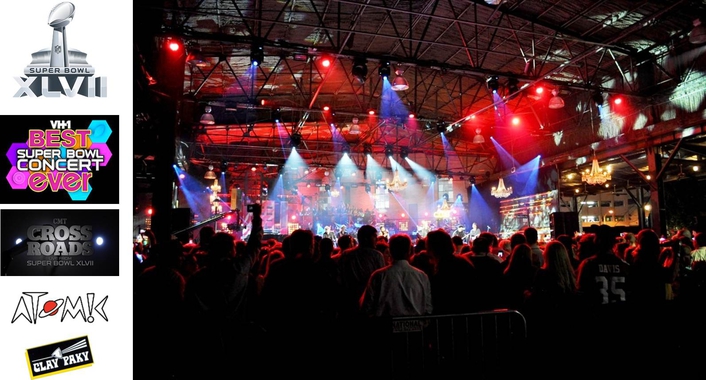 VH-1 and the NFL joined forces to celebrate the Super Bowl with Train headlining “The Best Super Bowl Concert Ever” on Friday night.  CMT and the NFL partnered the following evening on a “Crossroads” special starring superstar country band Rascal Flatts and iconic rock band Journey.  Both concerts were held at The Sugar Mill in New Orleans, which seats 4,000-5,000 fans.

“Atomic had suggested using the QWOs.  I hadn’t used them before, but Spike [Lloyd] had just done a shootout and loved them so he was onboard with them,” says Nathan Wilson, an associate designer with PEDG who served as project manager/production designer for the concerts along with Lloyd. 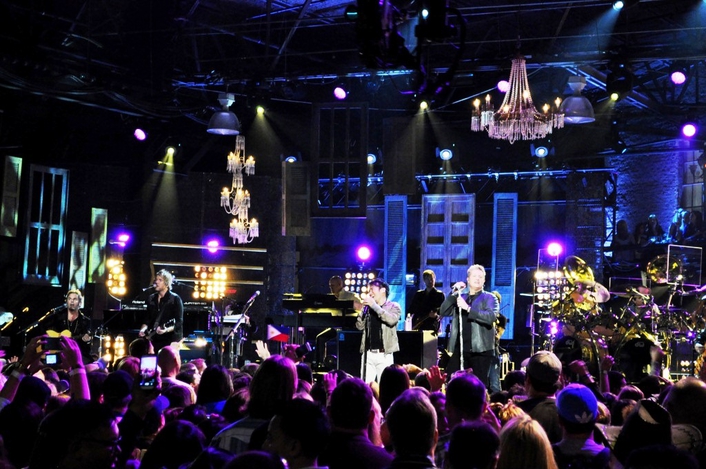 Once Wilson saw the QWO 800s in action he was enthusiastic, too.  “I saw them and liked them,” he recalls.  “They became my main hard-edged fixture positioned all over the place – out in the crowd, up front, on the floor, as key light for the presenter.  Most of the rig was QWOs.”

Clay Paky’s Alpha Spot QWO 800 uses the latest MSR Platinum lamp, an 800W light source that produces an intense sparkling light – brighter even than older 1200W lamps.  The Alpha Spot QWO 800 is equipped with optical features placing it at the top of its class, including a very wide zoom range from 7.6º to 55º, a uniform beam distribution at all zoom angles and a unique Stay-Sharp-Zoom feature that locks images in focus while zooming.  The fixture is small, lightweight, silent and has low power consumption making it an excellent tool for TV, theater, corporate events and many other demanding lighting applications.

Wilson gives kudos to the fixture’s range of effects, brightness and great-looking beams for keying.  “I was very impressed.  It was a real workhorse and performed great,” he reports.

The grandMA2 lights were selected by programmers Kevin Lawson and Tyler Roach.  “I’ve always liked MA products, but I’ve been designing more lately and programming less,” says Wilson.  “Kevin raved about the grandMA2 light, and it’s PEDG’s desk of choice for all the programmers we work with.”

Francesco Romagnoli, Clay Paky Area Manager for North and Latin America, adds, “We’re proud to have our lights involved in these high profile events and pleased that so many designers have specified them.”