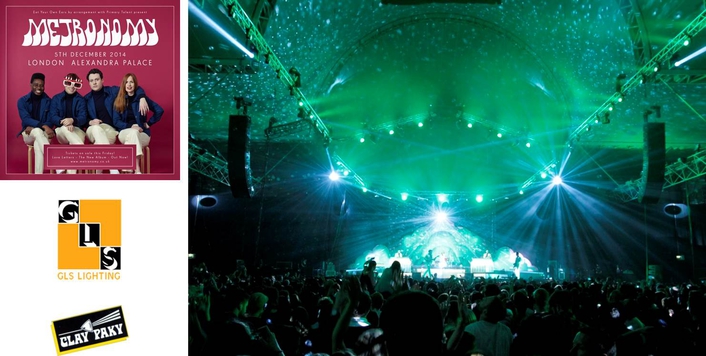 Supplied by GLS Lighting of Southampton, Warren rigged the 13 Stormy CC strobes in a ring high above centre stage, and out over the crowd, where he used them to deliver beat-perfect strobe stabs and a range of intensely colourful audience-blinding effects.

“The Clay Paky Stormy CCs have added a whole new dimension to our show,” says Warren. “They never fail to retain their brightness over a wide range of colours which is fantastic.” 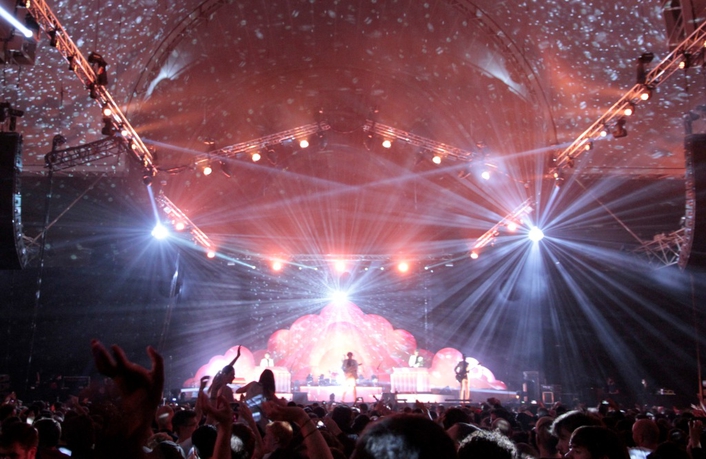 The Stormy CC uses the latest LED technology, with the light source a strip of powerful RGBW LEDs that are able to flash in any colour. This mitigates the need for gels or unreliable scrollers, which are known to dramatically reduce the amount of light a strobe produces.

“The great thing about the Stormys is that, unlike similar fixtures, they do not look or feel like LED strobes but have that conventional strobe look,” continues Warren. 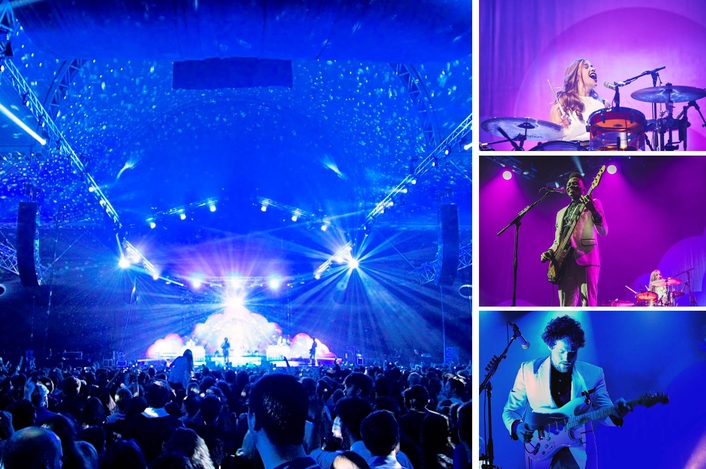 This is attributed to the Stormy’s in built parabolic reflector, a feature of classic strobes, which means it does not project the light directly forward like other LED strobes do. However, unlike a strobe with a Xenon lamp, the Stormy’s frequency, duration and intensity of the pulse are fully digitally controlled and these parameters are independently adjustable.  Thanks to its highly sophisticated electronics, the light turns on and off instantly, creating the jerky movement illusion. 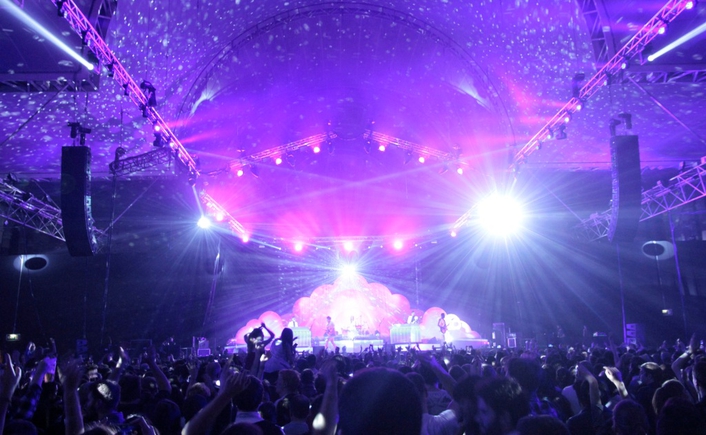 Warren’s design filled the majestic venue with light, thanks to the beautiful reflective disco balls hanging from Palace’s roof, which worked alongside the Stormy CCs to evoke a club vibe.

“I had also placed three Stormy CCs on stage behind the band’s backline and set pieces, using them to silhouette the band in deep washes of colour, as well as employing their strobe function,” says Warren. “I also programmed a number of chases between the strobes in the rig which created a disorientating array of shadows and light.”