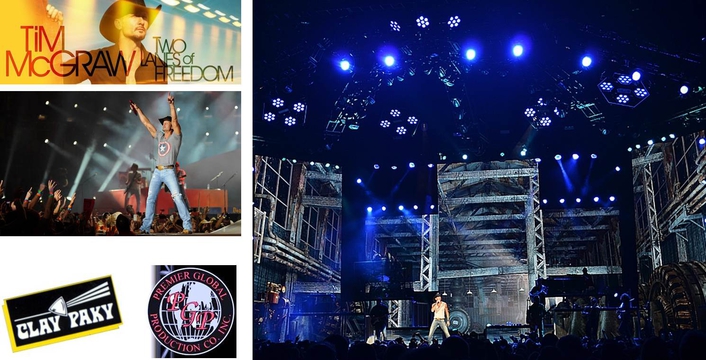 .
Clay Paky Sharpys are heading out on the road with Tim McGraw as the country superstar kicks off his Two Lanes of Freedom 2013 Tour in support of his new namesake album.

McGraw’s Two Lanes of Freedom Tour plays 30 cities across the country.  It follows his incredibly successful joint Brothers of the Sun tour with Kenny Chesney, last year’s highest-ranking country tour in Billboard’s list of the top treks of 2012. 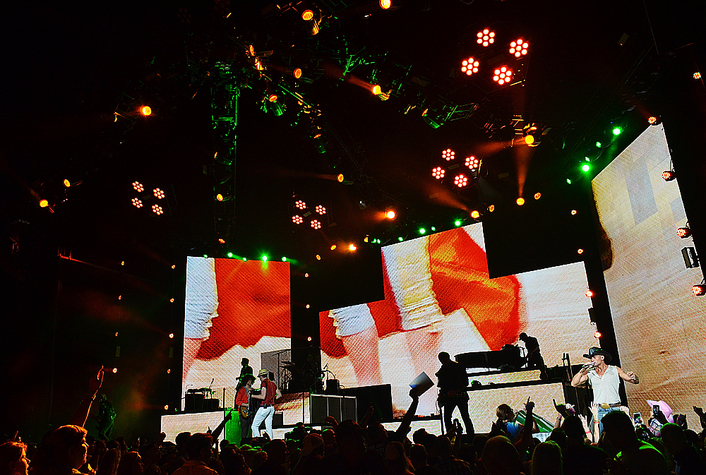 For McGraw’s latest show Premiere Global, which has been a vendor for the artist for the last decade, supplied 30 Sharpys.  “The Sharpys are being used on the floor, on the rig and in the air for fanouts.  They give a really big look,” says Steven (Creech) Anderson with Premier Global.

“The shape of the production is a big spider with arms coming down and pods at the end of each,” he continues.  “There are lots of LEDs and video, and the Sharpys really enhance things.  They’re great lights – everyone is trying to copy them right now, but there are no fixtures out there that compare to them.”

Lighting designer Pat Brannon went with “the ACL old-school look” by clustering four groups of four Sharpys on the rig and positioning 14 more on the floor.  “I’ve used them before, but this is the first time I’ve had Sharpys on a tour,” he says.  “I’m really happy with them.  I like their narrow beam, the quickness and brightness of the lamp, and the great color choices.  They’re small and lightweight but make a huge impact.” 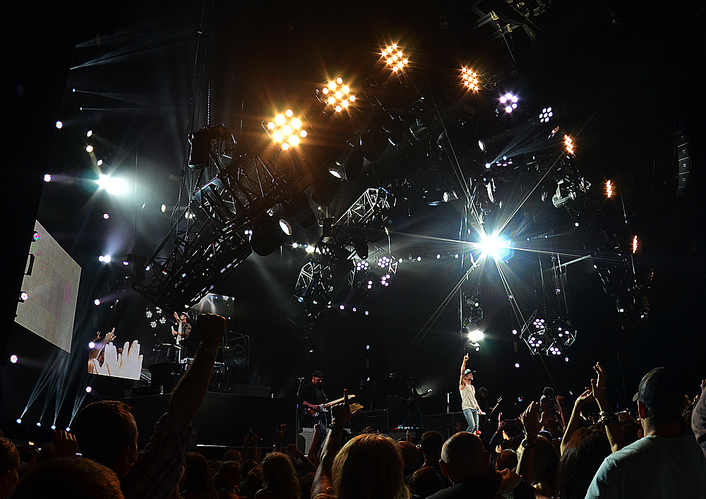 John Zajonc is production manager for the tour and Troy Eckerman was the programmer. Jeff Bertuch assisted on the video programming. Drew Finley is the content creator.

Francesco Romagnoli, Clay Paky Area Manager for North and Latin America, adds, “Premier Global has been a great ally to us and Pat is a great designer.  The design on this show sounds great and we’re glad to be a part of it.”