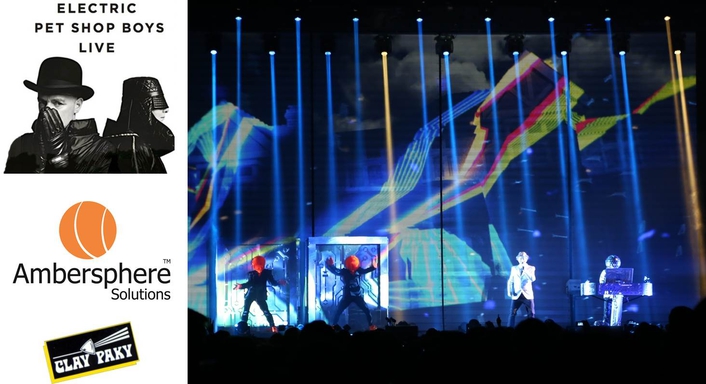 The new Sharpy Wash luminaire – a 330W washlight with the luminous efficiency, graphic and optical performance of a 1000W fixture – is providing a lightweight yet powerful solution for Sinclair as the tour travels from America to Europe and the Far East.

“We specified the Sharpy Washes because I needed an extremely bright workhorse light that was small enough to travel with us on the numerous plane journeys around the world,” says Sinclair. “They’re working great, and we’re very happy with them.”

Pet Shop Boys’ Electric Tour is projection-focussed, jam-packed with dynamic visuals throughout, which are beamed onto an enormous Venetian blind-style screen. This requires a sympathetic and tightly focused lighting design that compliments the visual without overpowering them. 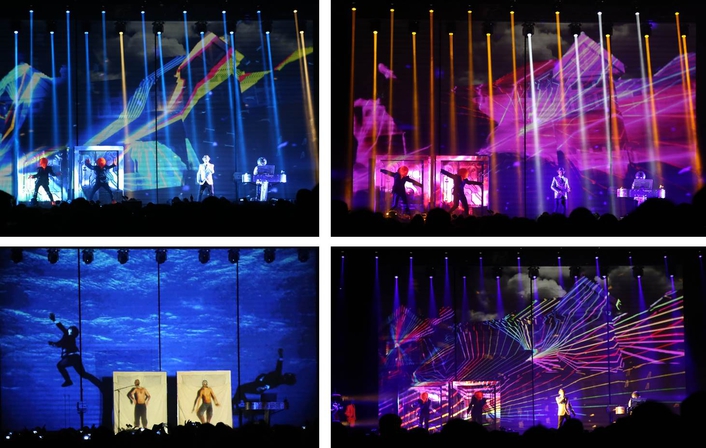 “The side keylight is provided by the Sharpy Washes. The QWOs give us a big wall of backlight that can easily appear and disappear behind the screen,” says Sinclair. “What they allow is short bursts of intense brightness, which then subsides back behind the visuals. In addition, we have rows of Sharpy beam rigged above the stage, beaming directly down onto the action, giving a very strong, almost architectural look. The show builds from the beginning – you don’t see all of the lighting power from the word go, but it intensifies as the show progresses.”

The Pet Shop Boys’ electrifying show has three distinct sections: a projection show at the start, which moves into dancers on stage with the Pet Shop Boys, and finally a “ridiculously big” show rock at the end.

The Alpha Spot QWO 800 delivers a distinctively intense sparkling light and is equipped with optical features that place this luminaire at the very top of its class, including an impressively wide zoom range from 7.6° to 55°, a uniform beam distribution at all zoom angles and a unique Stay-Sharp-Zoom feature that locks images in focus while zooming.

Sinclair also worked closely with creative director and multi-award-winning international stage and costume designer Es Devlin. “Devlin really knows what she’s talking about,” he continues. “We didn’t want to do a show that was traditionally rock. The lights move very rarely. In fact they’re mostly static. I don’t touch the desk for the first half of the show, as it is very tightly programmed and now running to Timecode. It’s very much a set thing, that’s how Pet Shop Boys approach things. It’s a strange mix of pop concert, theatre musical and art installation.” 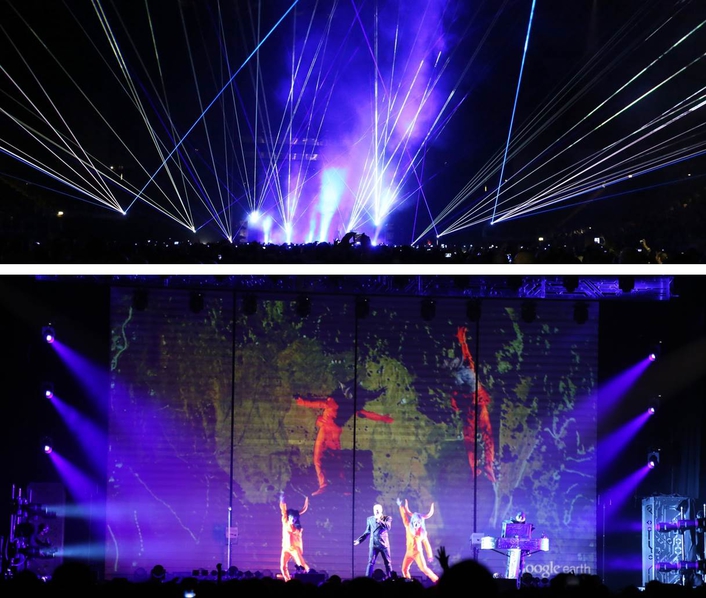 Glyn O'Donoghue, managing director of Ambersphere Solutions Ltd, Clay Paky’s distributor in the UK, comments: “Rob was keen to try out the new Clay Paky Sharpy Washes alongside the Sharpys and QWOs. It goes without saying that he’s using them to great effect. The variety of lighting looks and atmospheres he has created, especially given the fact that the fixtures themselves are not moving much, is stunning. It’s an impressively sharp, well-considered and intricately programmed show from beginning to end. Like many of the designers we support, Rob has bought a fresh creative approach to the table. We have been delighted to assist, in our own small way, in helping him realise this.”