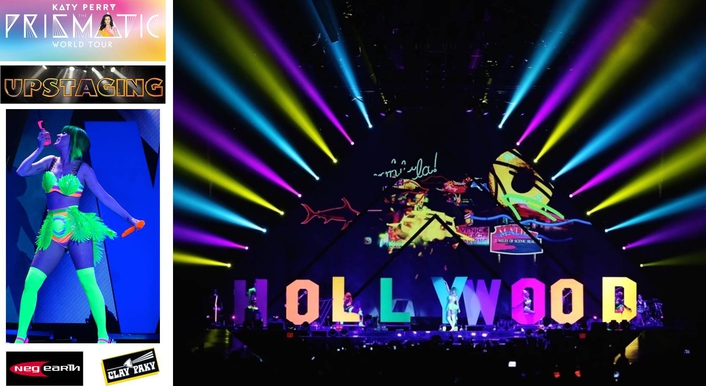 Engaging in a bit of theatrical trickery Halpin designed a series of 36 bespoke hydraulic flippers onto which are attached 36 individual Sharpy fixtures supplied as part of a lighting package provided by UK Neg Earth and US hire outfit Upstaging. The flippers are built into the sides of show’s giant onstage triangular LED screens to provide a range of fast paced special effects.

“As the LED screens move up and down the stage the Sharpys ‘flip’ up or down allowing the screens to pass by each other,” explains Halpin. “At one point in the show the dancers interact with the fixtures by using mirrors attached to their hands. They bounce the beams across the stage achieving a really retro-mirror effect that’s in keeping with the kitsch feel of the show.” 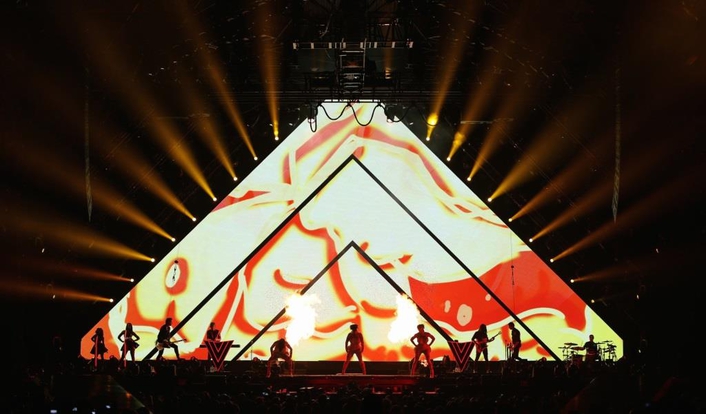 True to style Halpin has designed a genuine lighting spectacular for the Katy Perry tour. Angling a series of straight truss to echo out from the stage’s LED screens onto which Halpin attached a generous lighting package giving the appearance of endless prisms and points of light that majestically explode out from the stage.

“In this show there are so many other on-stage elements to contend with that the design had to be clean but big,” explains Halpin. “The idea was for the lighting system to embrace the shape of the set and also to enhance the dramatic mood of the show.” 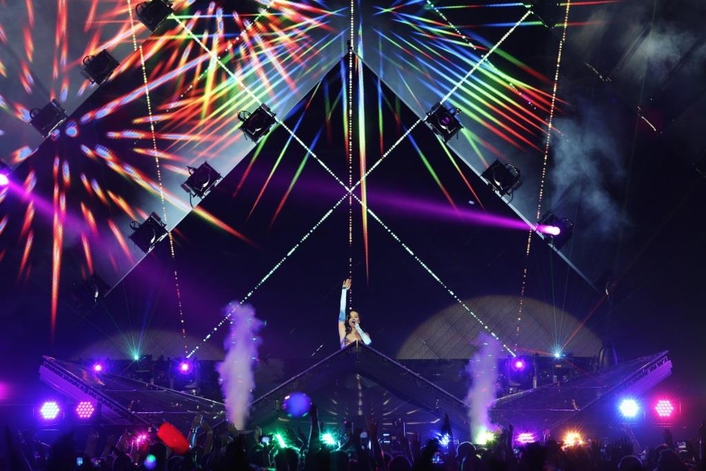 Halpin rigged 36 x Sharpy Wash 330s across the six angled trusses either side of the show’s LED screens. These fixtures provide everything from powerful onstage backlighting for the band and dancers to far-reaching aerial effects that blast out across the venues. Lighting programmer Eric Marchwinski has worked closely with the Sharpy Wash 330 fixtures on the Katy Perry tour.

“The Sharpy Wash 330s have a very high output and rapid colour mixing,” explains Marchwinski. “They’re becoming more present in many lighting rigs because they’re such a great fixture.”

Both Clay Paky Sharpy fixtures are renowned for their lightweight body, with the Sharpy weighing in at only 19Kg and the Sharpy Wash 330 at 18.5Kg respectively. This feature makes them an ideal addition to any large rig where weight is always a growing concern.

“The Sharpy and Sharpy Wash 330’s compact size and high output made them the perfect lighting tool for the Katy Perry tour,” finishes Halpin. “They were able to fit into tight spaces and help keep the rig’s weight to a minimum whilst blasting out powerful beams akin to those produced by much larger fixtures.”

The Katy Perry Prismatic world tour is currently completing its North American dates before moving onto its Oceanic leg. 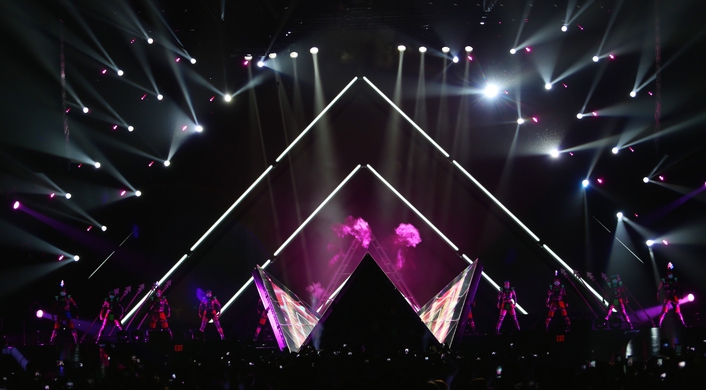