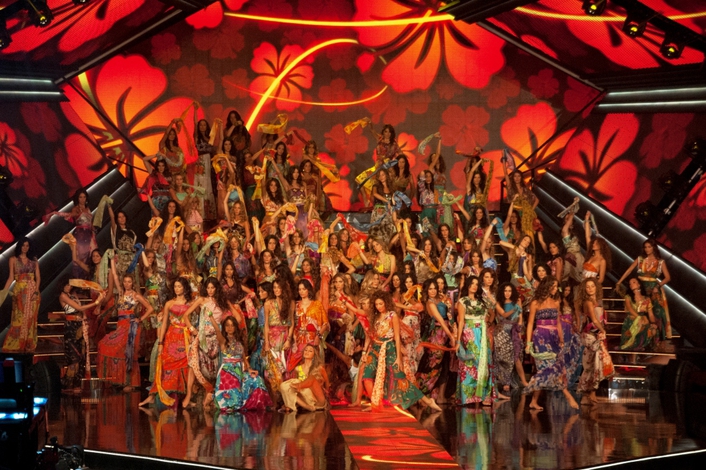 .
Clay Paky was once again present - as it has been for many years - at Miss Italia 2012, the number one Italian beauty contest, where the most beautiful woman in Italy is crowned.

"The scenery featured a very large structure, with massive video screens that completely surrounded the stage. There was also a framework inside the video screens consisting of tiles and building materials chosen specifically to give the set a particularly elegant look," said Fausto Carboni.

"With a set like this," Carboni continued, "it was absolutely essential to use the most compact rig possible, so my choice fell on the Clay Paky 700 watt spotlights and washlights. They are compact and lightweight, and were able to provide suitable colours and graphic effects for the event. A good rapport with set designer Marco Calzavara was essential in order to fit the lights into the scenery in the best possible way."

It is also important to enhance the complexion of the contestants in a beauty pageant and, as Fausto Carboni emphasized: "the aim was to create contrasts to the video to highlight the parades or scenery, but without disturbing the audience."

Inside the Montecatini Palazzo dello Sport (indoor arena), where the event took place, there was no lack of Clay Paky framing systems, which Carboni used mainly  to "clean up" the projected light, so that it was directed precisely onto the sets. In this way, the scenery and the lights worked one in accordance with the other, without getting into each other’s way."

"Obviously there was no lack of Sharpys: I installed over 40 of them. They were fitted into the rig which divided the various LED walls. I was again able to appreciate these exceptional versatile lights, able to 'stand out' of the video in a stunning way."

The special lighting effects were mainly used during the guest performances, which this year included Cesare Cremonini, Biagio Antonacci and the Italian Olympic sports champions. "Sharpys are excellent for the special numbers in a show: they are able to transform a television studio into a live stage instantly, thanks to their tracer beams and rapid movements."

The lighting system was supplied by Arco2. Fausto Carboni was helped by the excellent work carried out by Fabio Roberti and Fabio Gallotta on the lighting desk, and gaffer Marco Marchesini.

The title of Miss Italia 2012 went to the Sicilian Giusy Buscami. The election of Miss Italia nel Mondo (Miss Italy in the World) also took place during the event. The title was won by the Argentinian Aylen Nail Maranges. 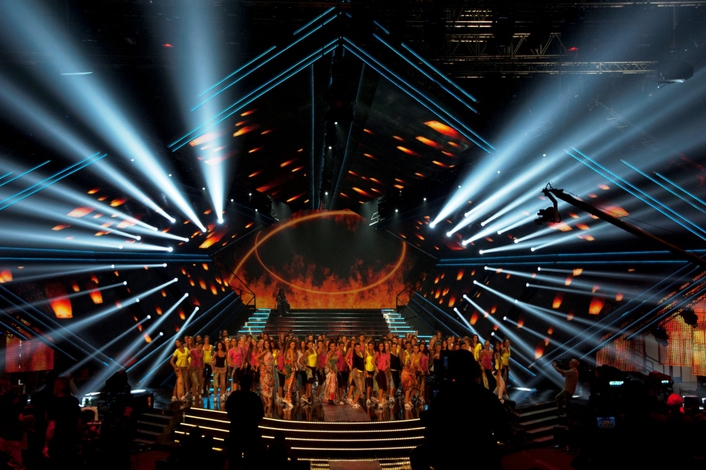