Lighting designer Anton Borg Olivier – who has worked on the Maltese concerts of artists such as Iron Maiden and Status Quo – specified the Clay Paky luminaires because of their “rich colours and intense beams.”

I needed a flexible lighting rig, to cater for the different kinds of musical styles that feature during the awards,’ says Anton. ‘Clay Paky Alpha spots and washes guarantee a constant lighting level, and the cherry on the cake is the Sharpy - they produce amazing beam throws, with instant colour changes and equally fast changes on the gobos and prism. In addition the weight and size of the Sharpys allow them to be rigged in places where one would not usually expect to find such high-powered, feature rich lights.” 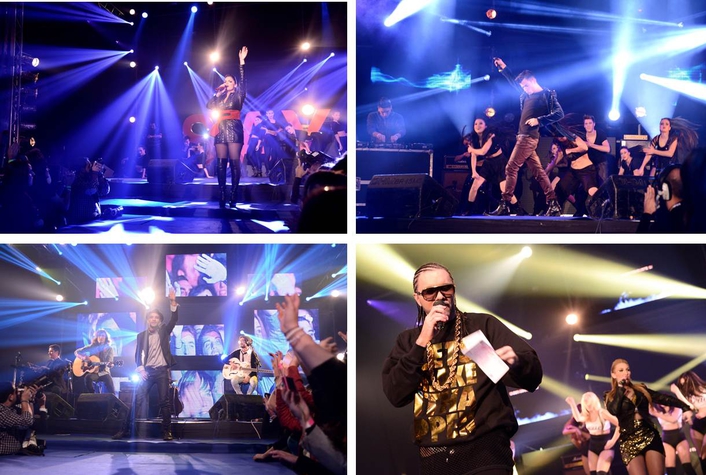 Anton concludes: “I’m sure that I will now including the Sharpys in my lighting designs where they will join with the ever reliable Alpha range of fixtures from Clay Paky as a regular feature.”