Clay Paky with Ligabue on his 2014 Tour 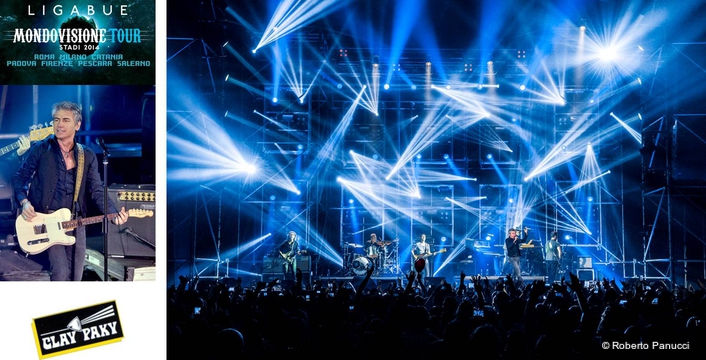 .
After the release of his latest album entitled Mondovisione, Luciano Ligabue left on a tour of Italy consisting of a series of live concerts. They are hosted in several different types of structure ranging from low capacity provincial indoor stadiums to huge spacious big city stadiums, with a possible future extension abroad. The events are structured in two completely different ways for obvious reasons, which are technically adapted to the needs of these two almost diametrically opposite types of venue.

He has just concluded the first leg in small town venues (named Piccole Città after an old song by Luciano). It consisted of a series of concerts that were in some ways "back-to-basics". It was a way of re-establishing a more direct contact between the artist and his audience, and it was no coincidence that day one of the tour took place in Correggio. 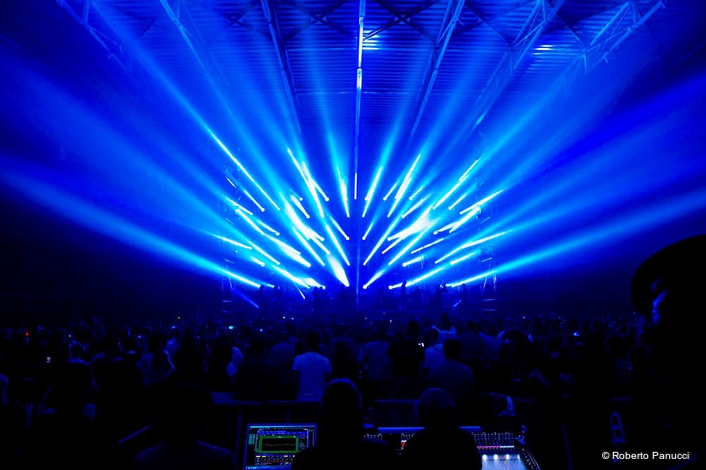 The lighting designer, Jò Campana, said: "My technical approach and the consequent lighting design were in keeping with the project philosophy, and the choice not to use visual media was an important distinctive element in itself:  so lights only, and purely 'tracer' types to boot, for the vast majority of the backlighting. They were fitted in pre-wired cages, customized for the occasion with a lot of intentionally visible iron."

"The lighting equipment I used included both Sharpys and Alpha Beam 700s. They were perfect for my needs owing to their proven efficiency, small dimensions and light weight. Since I wanted to give the show a rather beefy aggressive look, I did not include any Spot or Profile family lights in my order to the rental company Agorà, and on those rare occasions when I wanted to use gobos intensively, the Sharpys proved to be up to the mark thanks to their versatility. I should add that I used the Beam 700s as pure front lighting for the first time ever by setting them with their frost filters by default. Since the distances at these venues are not measured in parsecs, they played the roles I assigned them perfectly." 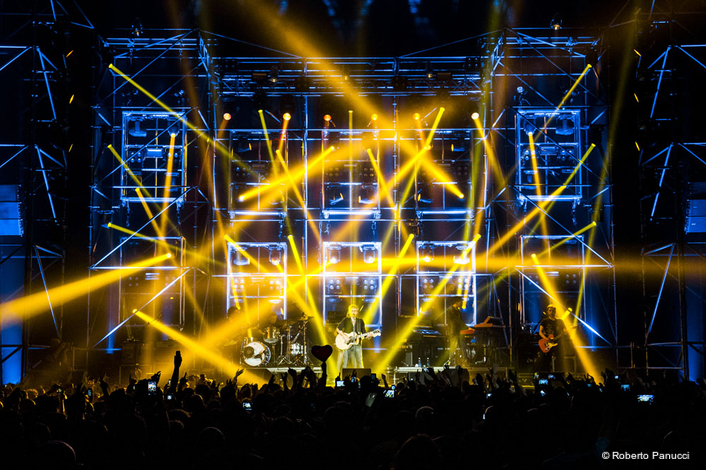 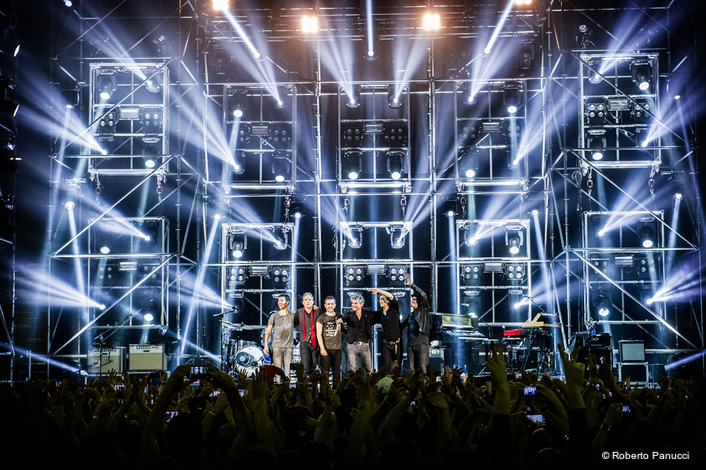 "In short, I got yet another confirmation that two-plus hours of high quality lights alone, if properly programmed, are still perfectly able to light a rock concert of this type and, what is more, make sure I carry on enjoying my job. Lastly, I hope you will come and see us at the concerts in the big stadiums. We are in full pre-production stage and the set-up will be completely different as far as design concept and dimensions are concerned ... only one thing will be the same: the large number of Clay Paky lights."