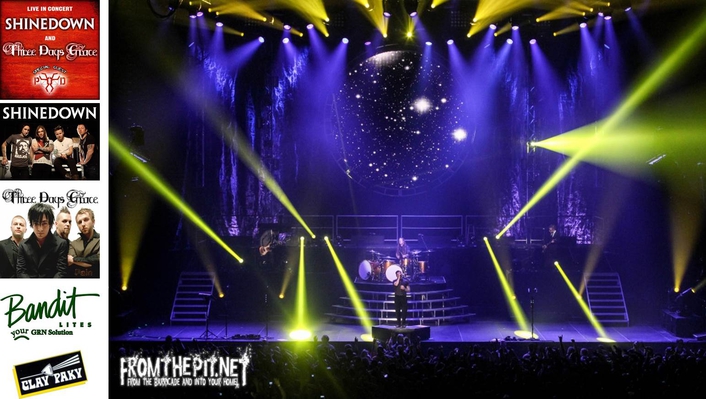 American rock bands Three Days Grace and Shinedown are on the road with Clay Paky Sharpy fixtures helping to light up their tour
Three Days Grace and Shinedown are coheadlining a national arena tour, which commenced in February.  “Transit of Venus,” the new album from Three Days Grace, debuted at Number Five on the Billboard 200 and includes the Number One Active Rock single, Chalk Outline.  Shinedown’s most recent album, “Amaryllis,” produced a pair of chart-topping Active Rock singles.

“Using Sharpy is almost mandatory these days,” reports Mike Filsinger, the lighting designer for Three Days Grace.  “It’s an advanced light – pretty much the only technological advancement in lights lately: Clay Paky has really done the R&D to make better fixtures and is now reaping the rewards.”

Bandit Lites supplied 28 Sharpys in the main package.  A primary lighting rig serves both shows; each band also has a supplemental rig.  Three Days Grace has eight additional Sharpys in its package; Filsinger’s Sharpys are the dominant light in the rig and are used in the air and on the floor.  Shinedown has 24 additional Sharpys, which are used to achieve a variety of moves.

“The band really likes Sharpy’s look and beams – they’re known for being beamy and bright,” says Carter Fulghum, Shinedown’s lighting designer.  “The gobos give you great breakups, too.  But the Sharpy is so bright that you have to be careful of what other lights you use because Sharpy will overpower them.” 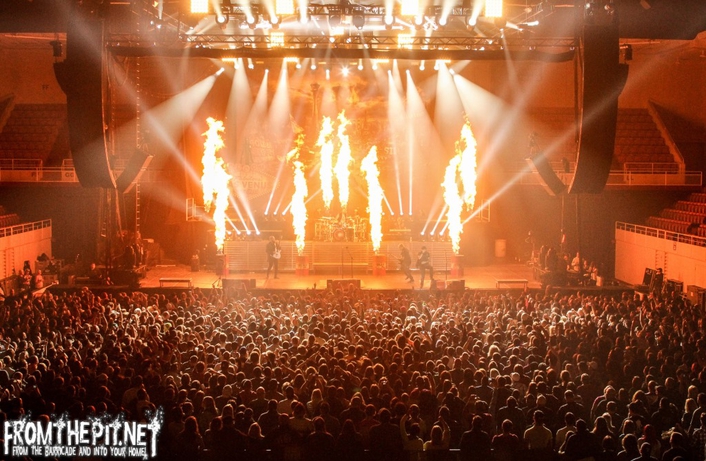 Fulgham concludes, "It was great working with Mike [Filsinger], who is so easy to work with on this co-headlining tour.  Also great were Aron Altmark, Esteban Caracciolo, Mario Collazo and Bob Gordon for all there help and support through the years."

Francesco Romagnoli, Clay Paky Area Manager for North and Latin America, adds, “It’s great that designers think the Sharpy is critical to the look their tour.  Mike and Carter seem to have really taken advantage of their properties.”