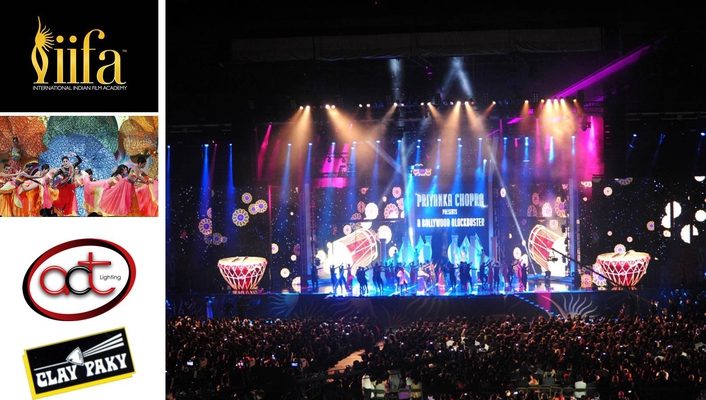 A.C.T Lighting is the exclusive North American distributor for Clay Paky
An awards show like none other took Tampa’s Raymond James Stadium by storm when the annual International Indian Film Academy (IIFA) Awards came to the U.S. for the first time.  The IIFA Awards honor artistic and technical excellence in Bollywood, India’s famed Hindi-language film industry that sells more than 3 billion tickets every year.  The show, which aired on Star World Network, used a large complement of Clay Paky Sharpy fixtures.

“The IIFA Awards are the Indian equivalent of the Oscars with 800 million viewers worldwide,” says lighting designer Eugene O’Connor.  “Cinema is huge there, and the awards show lasted more than five hours.  It had a very big open and included production numbers with 60-70 dancers.” 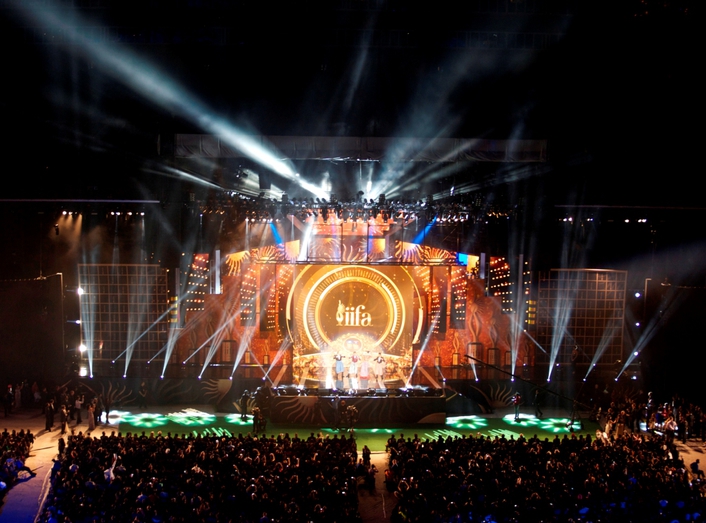 O’Connor knew that Clay Paky Sharpys “were always going to be the main light” for the show in a stadium that demanded “big looks” for its giant TV audience. “With so much video on stage we needed something that was going to break through,” he adds. 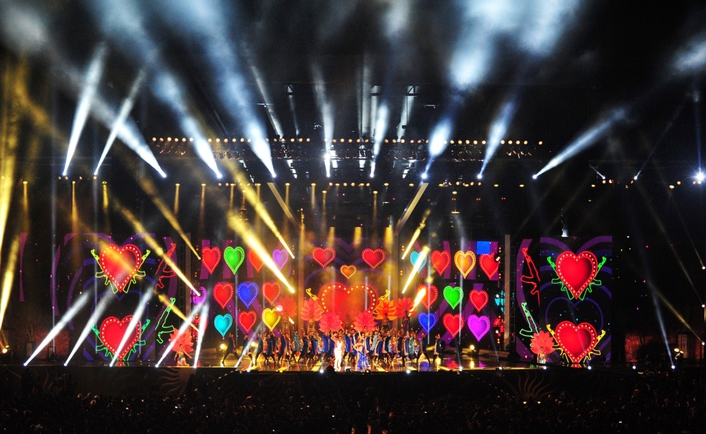 Sharpys always top O’Connor’s fixture list.  “You can’t beat them, especially if you can get enough of them,” he says.  “We had 85 Sharpys from PRG on the IIFA Awards.  We positioned 16 on the floor across the front of the stage and 14 across the back.  There were six vertical towers with three or four Sharpys on each, plus a bunch on the roof.”

He notes that “when you light for TV you tend to light for FOH, but I light for many different angles.  I like a lot of heights, and I let light wrap around the stage so everything is very big, bright and colorful.  And the Sharpys performed really well.”

Francesco Romagnoli, Clay Paky Area Manager for North and Latin America, commented, “This is an impressively large show.  We had been hearing about it for months beforehand.  It’s great that they put the Sharpy to such great use with such great success.”