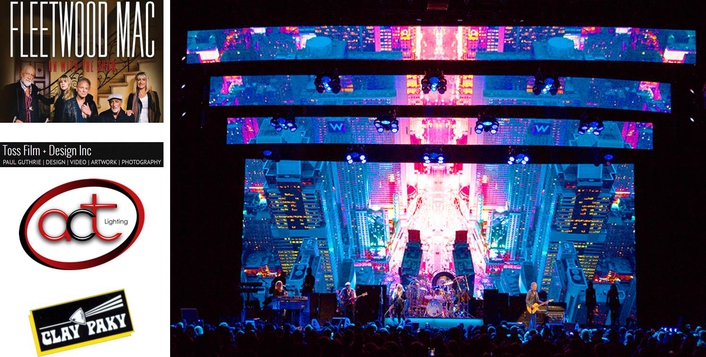 .
The iconic rock band Fleetwood Mac never stops thinking about tomorrow – and planning their next tour to delight fans.  For their current “On With the Show” tour a complement of Clay Paky A.leda B-EYE K20 LED-based moving lights and Sharpy Wash lights have been specified by lighting designer/production designer Paul “Arlo” Guthrie.

The band launched the 40-city North American tour September 30 and, after playing to packed houses, added at least 28 more dates in a second leg, which will begin in January 2015.  “On With the Show” marks the first full-member tour for Fleetwood Mac since 1997. 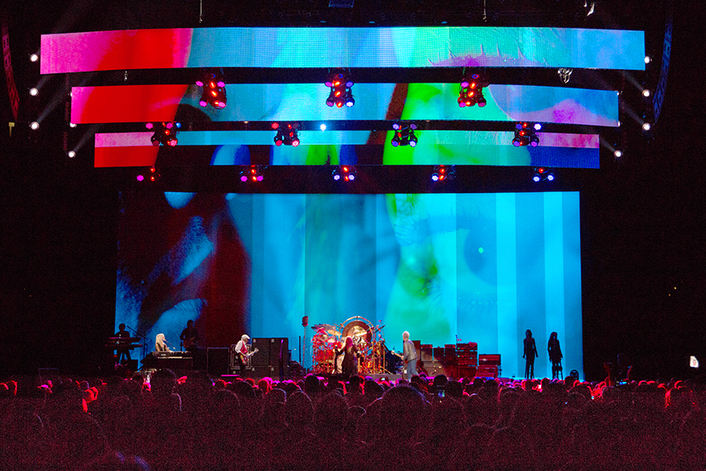 A dozen B-EYE K20s are on the audience side of the pods to light the fans.  “They do pixel effects and perform very quick, easy and huge washes from 12 watts – they can light the entire audience,” Guthrie says.  “We don’t use smoke or haze so we don’t really use beam effects.  But we do use a lot of pixel animation.  For some songs the fixtures replicate what’s happening on the videowall.” 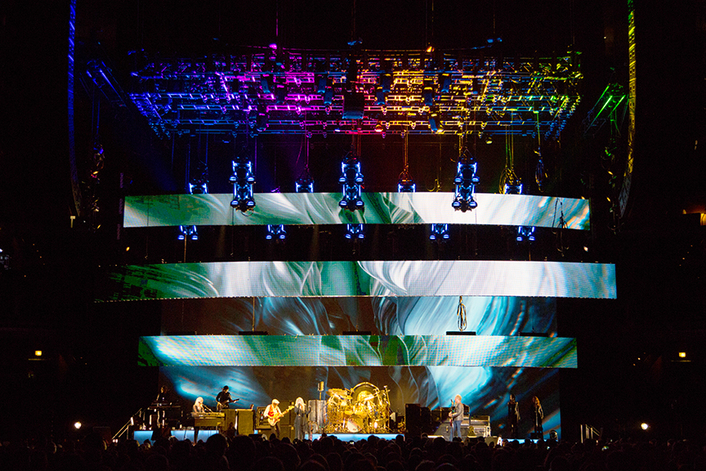 Guthrie was introduced to B-EYE K20s at LDI last year.  “This is the first time I’m using them.  The colors, dimming and patterns are great.  The idea that we have 12 lights we can switch on and then light up the entire arena is great!”

Lighting Director Chris Lose adds, “The things that impressed me the most about the B-EYEs was their ability to act like an LED fixture and then with a simple flip of a channel behave just like an incandescent fixture. Most LED fixtures on the market are missing that warmth and glow. 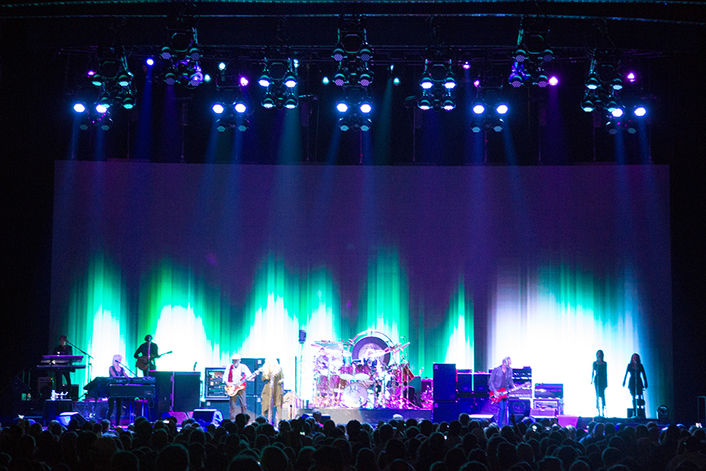 Three Sharpy Washes are mounted on each pod for a total of 36 fixtures.  “They serve as the workhorse overhead wash light,” Guthrie explains.  “Because of their brightness we get a little bit of a beam effect even with no smoke.  That’s a real bonus.” 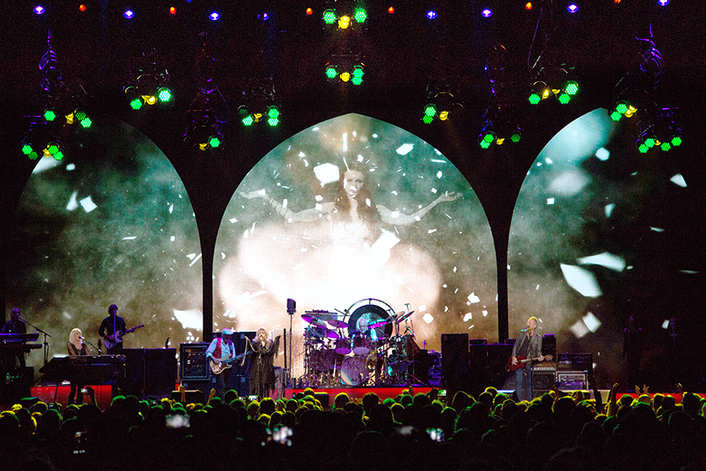 Guthrie first used Sharpy Washes for Fleetwood Mac last year then subsequently deployed them for Nine Inch Nails.  “I like the fact that they don't dim like an LED: Their mechanical dimmer is fantastic.  I like the size, speed and colors – it’s a great little workhorse light.  There’s still room in my shows for lights that actually light stuff, and with Fleetwood Mac, we have to see the band and the stage, not just millions of pixels in your eyes.” 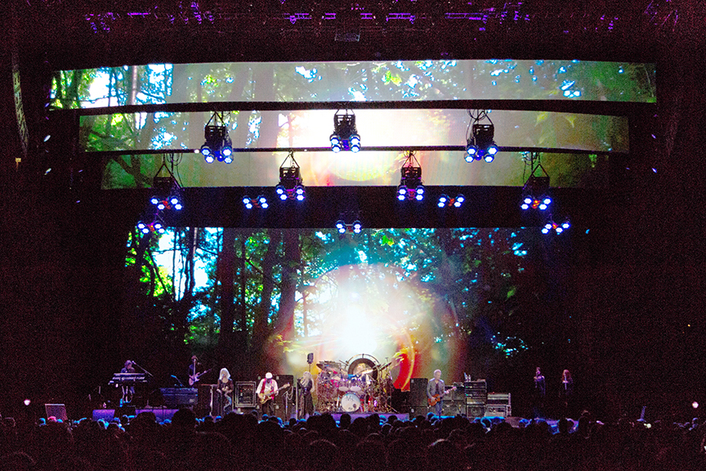 George Masek, A.C.T Lighting Vice President - Automated Lighting, commented "We really enjoy working with Arlo on his projects, and I'm very proud that he has chosen Clay Paky products to support his visions." 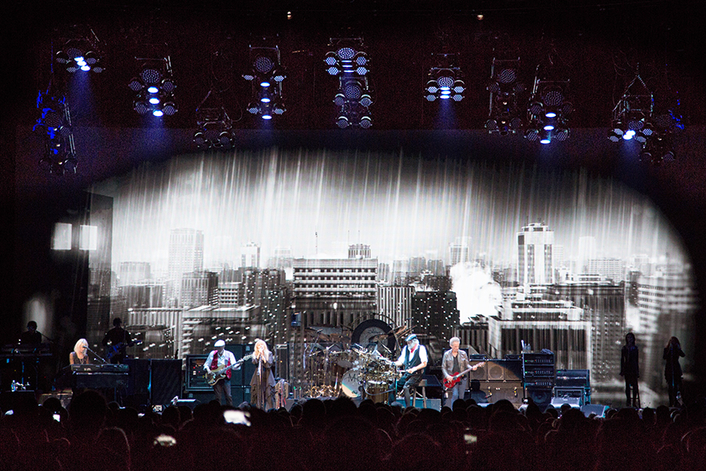 Francesco Romagnoli, Clay Paky Area Manager for North and Latin America, added, “It’s great to see our newere lights employed for such an iconic band.  Arlo and Chris are great talents and have truly put the fixtures to great use.”