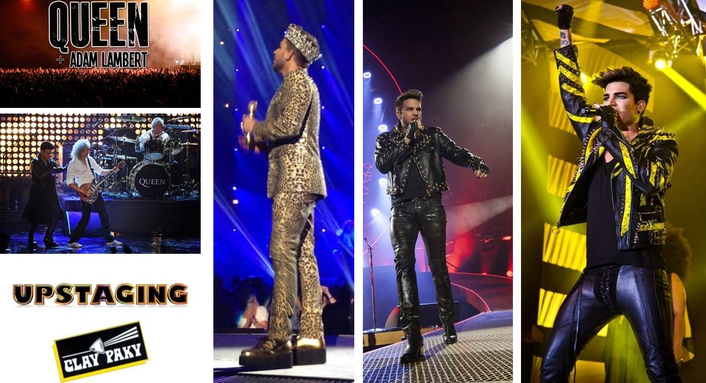 .
When it came to creating a high impact floor package for one of the most important rock bands of all time Queen, industry renowned lighting designer Rob Sinclair turned to the high output beam of the Clay Paky Sharpy.

“The lighting design on this tour had to start big and get even bigger,” explains Sinclair. “It needed to do justice to Queen’s extensive and wonderful production heritage. I needed lights that could deliver huge looks and which had the capacity and versatility to make those looks go even bigger.”

The glamorous gold painted set, designed by UK show architects Stufish, featured a 30’ square of WinVision 9 LED screens by VER and a giant automated ‘Q’ whose tail flipped down to create the show’s B-Stage.

“The show is very high and very wide,” continues Sinclair. “It looks very imposing and there is a lot of light on stage. To really push this look to its extreme I created a ground package whose light would beam upwards and meet that coming from above. I choose the Clay Paky Sharpys for this because their beam just cut through all the other light onstage to create a clear layer – something I found remarkable. You get the effect of a much larger light inside an exceptionally compact fixture.”

Fixtures were selected not only for their output but also for their size, making the Clay Paky Sharpy, at a compact 48cm x 19kg, the perfect addition to Sinclair’s rig.

The Clay Paky Sharpy has so far featured in a range of Sinclair’s designs including his rigs for Miley Cyrus, Peter Gabriel and Bloc Party. 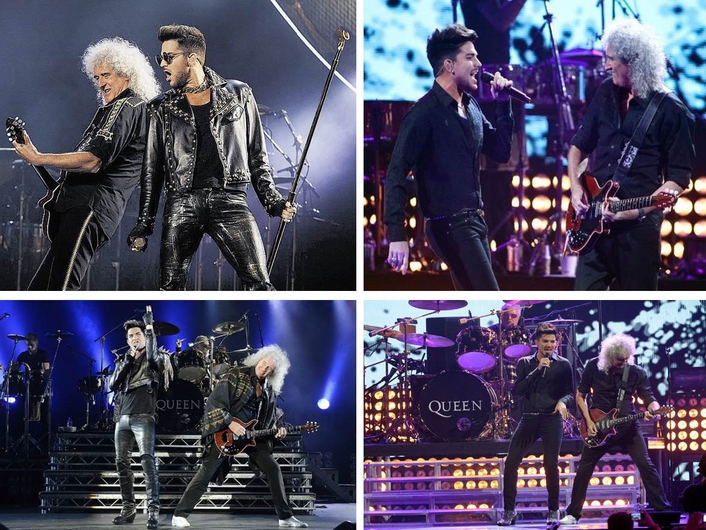 “I have been using Clay Paky products on a regular basis since I first programmed a show with four Golden Scan MK1s in 1992,” says Sinclair. “The low power source and lightness in weight make the Sharpy in particular a great touring product.”

The Queen and Adam Lambert tour features the two original members of Queen, Brian May and Roger Taylor, who play alongside American singer Adam Lambert who rose to fame on the 2009 series of American Idol.  The tour is currently completing its North-American leg before moving over to Australia and Asia.