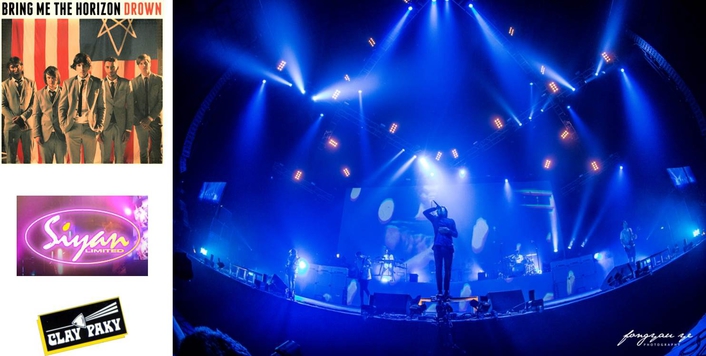 .
Clay Paky fixtures have delivered an epic rock show for metalcore five-piece Bring Me The Horizon’s sold out date at the SSE Arena Wembley, with lighting designer Ben Inskip choosing them for their unparalleled power and aerial effects.

The Sheffield-born group has recently been experimenting with video content, leading to the incorporation of a large upstage projection surface in the design for Wembley - their biggest show to date. To complement this, Inskip specified Clay Paky Sharpys, Alpha Beam 700s and Alpha Beam 300s from leading rental company Siyan. 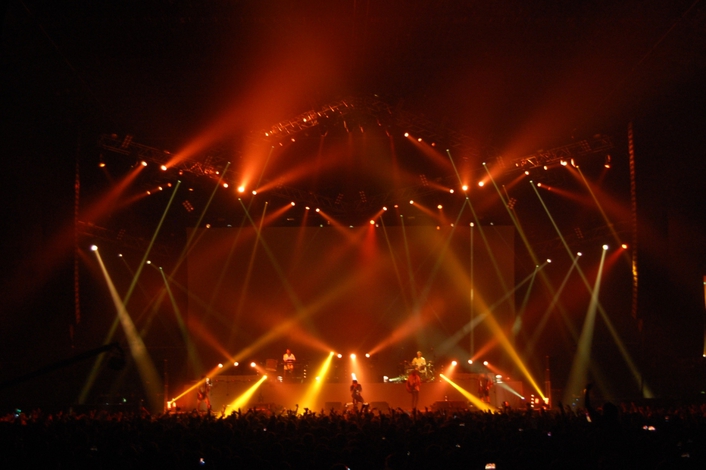 “My aim was to create an interesting overhead truss layout that would work with the projection instead of fighting it,” says Inskip. “I then used eight Sharpys on a downstage Chevron-shaped truss to create wide architectural looks that extended to the overhead set up. They were fantastic for creating some really interesting aerial shapes throughout the show.”

The Alpha Beam 700s were positioned in clusters of three on the upstage straight back truss, whilst the Alpha Beam 300s were located on shorter, lower side trusses. 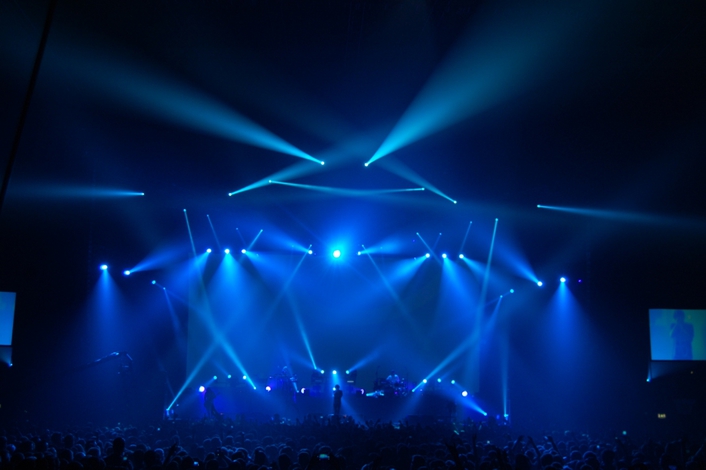 “I used the Alpha Beam 300s to create some big fan looks, which made the whole production look rocking,” continues Inskip. “Both the Alpha Beam 300 and 700 are brilliant fixtures. They produce a really solid column of light, which I can get nice and tight with an aperture or iris. The 700s can also go pretty wide with a prism thrown in too. Having that ability, alongside CMY mixing in both units, meant they were real workhorses for me on this show.”