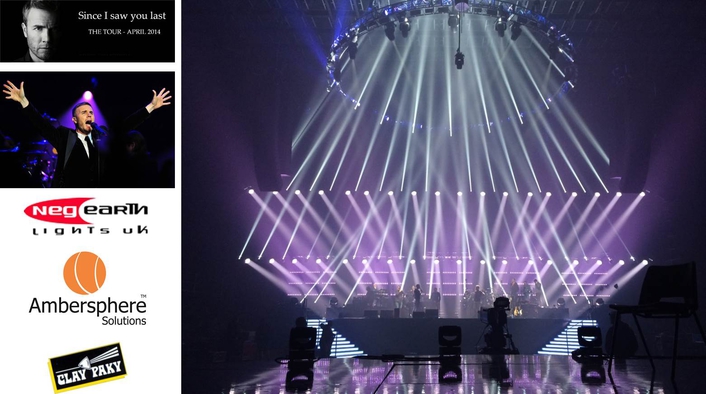 Routledge combines huge onstage elements such as a 25m wide chandelier made from LED tubing and a 100’ wide video screen for Barlow’s high-spec and extremely glamorous show.

“The creative concept behind the show was based around the super wide video screen,” explains Routledge.  “It’s almost twice as wide as normal arena shows. As soon as it was rigged it created a really epic feel with a nice clean line. I wanted the show to be sleek and contemporary, punctuated with innovative effects.” 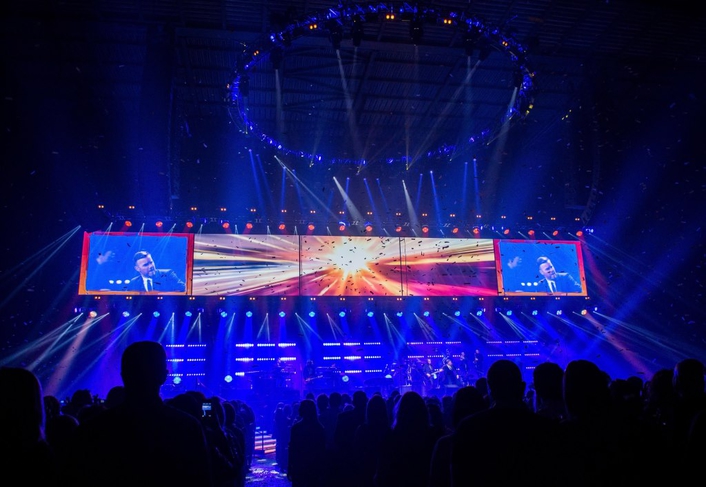 I saw the B-EYE K20s at the factory as a pre-production model last June,” continues Routledge. “Clay Paky asked me what I thought and I immediately loved what they could do. They were totally mesmerising and offered a whole new world of possibility. It was there and then that I knew I wanted to debut them on this tour.” 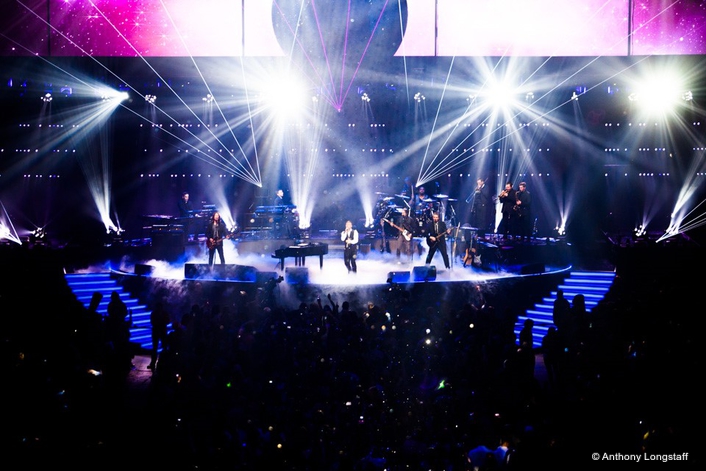 Routledge rigged 36 of the B-EYEs across 2 x 100’ trusses that outlined the large video screen whilst the other 10 provided graphic effects on the curved band riser behind the band and Barlow’s piano.

“For a lot of the show I used the B-EYEs as standard washes,” explains Routledge. “They can go super tight and also nice and wide. In addition the colours on them are perfect - from saturated washes to hues with great colour correction.” 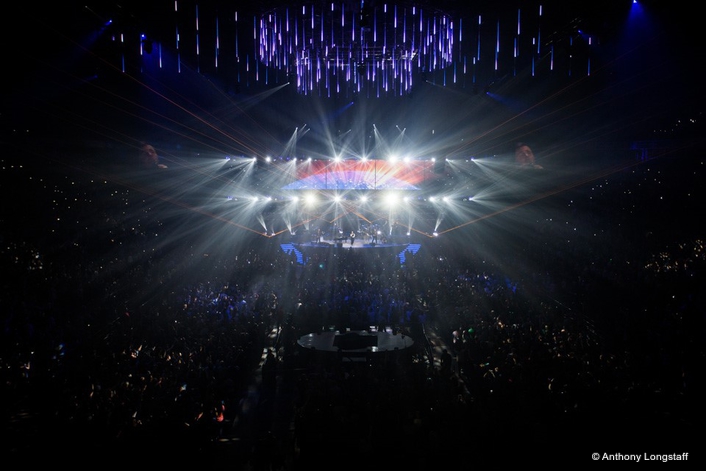 Routledge also took advantage of the fixtures’ cutting-edge ‘graphic’ mode, “The units are one of the first that are capable of cross fading in and out of macros as well as manipulating the foreground and background of such effects,” continues Routledge. “From random sparkle effects in Barlow’s ‘Rule The World’ to having huge rotating effects for ‘Relight My Fire’; the units gave me massive flexibility without ever being tacky.”

As well as its countless available effects, Routledge was deeply impressed by the B-EYE’s brightness, which is around 20% brighter than any other fixture on today’s market.

“The unit is so bright I was able to get a great spot light out of just using the centre pixel dot of each fixture for a look,” explains Routledge. “I could make fractal patterns for his new track “Requiem” that has a Beatles-esque vibe to it and then swing them into full party mode for “Shine” which suited our theme park colourful graphics for this outing. Gary played a two hour set and not once did I have to worry about options for songs.”

As you would expect when an award-winning lighting designer works with an OBE awarded music artist the result is electrifying. The ‘Since I Saw You Last’ tour has had rave reviews with the Guardian heralding Barlow for having ‘the audience in the palm of his hand’. 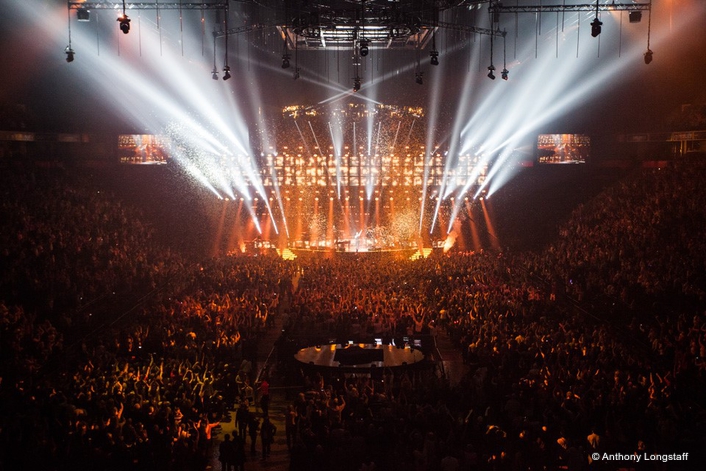 “The feedback for the show has been amazing,” continues Routledge. “We were receiving tweets on just how good the lighting was and the crew loved the units. I feel very lucky that I had the right show at the right time to take these new units out for a spin – they just fitted the bill perfectly.”

Ambersphere Solutions is the exclusive Clay Paky distributor for United Kingdom and Ireland.