The instrumental band STS9 (Sound Tribe Sector 9), which plays self-described post-rock dance music, is one of the nation’s top-grossing tour acts with a heavy presence in the festival circuit.  Their dates at Red Rocks, September 5 and 6, preceded the start of their first tour in nearly a year.  The tour will play venues in the Midwest and East, including Chicago, New York, Detroit and Pittsburgh.

Brown Note Productions, Inc. is a full-service audio, lighting and video production company specializing in touring, festivals and special events.  It won the 2013 Parnelli Award for “Hometown Hero Lighting Company of the Year” and is nominated for the same award again this year.

“STS9 is our flagship client: We’ve been working with the band for the 10 years we’ve been in business,” says CEO Sara B. Knutson, who is partnered with her husband, Ryan, in Brown Note Productions.  “STS9 has played Red Rocks, named the best concert venue in the country, a number of times before.  And we do 30-35 shows there annually with clients, so it’s a very familiar venue.  The B-EYE K10s made their Red Rocks debut with STS9, then will accompany the band on their six-week tour.” 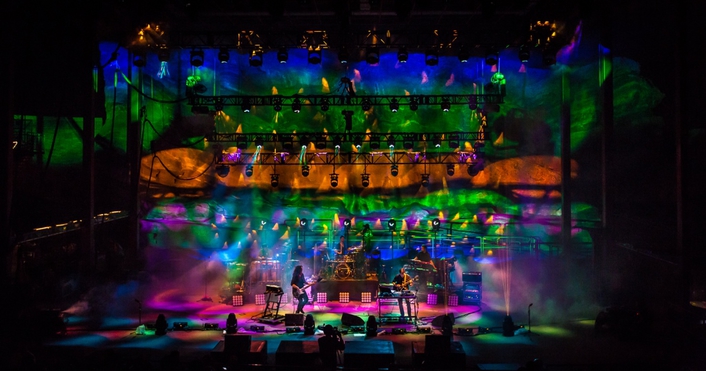 Brown Note Productions is a fan of Clay Paky products with more than 60 Sharpys and 16 Sharpy Washes in their inventory.  Now, 22 B-EYE K10s have joined the product roster.

“We expect the K10s to be accepted by all the major tours,” says Knutson; the fixtures were rented previously by String Cheese Incident for their show at Electric Forest.  “We also look for the K10s to bring in new clients who are excited by the hype and what the lights can do.  Clay Paky always puts out amazing products – look at Sharpy and how it has revolutionized the industry.  Their products are solid and in-demand – we can’t keep them in stock!”

Saxton Waller, who heads Denver-based Roygbiv Lighting & Show Design, has been the lighting designer for STS9 for 14 years.  He saw Clay Paky B-EYE K20s at a recent Phish concert and when a sample K10 became available he got a chance to “play with it” for a day and see if the fixture would fit into STS9’s new touring rig.

“I used 22 K10s for Red Rocks, and we’re touring with 20,” he says.  “I’m using the K10s any way I can: every function they have, I use – wash mode for big-stage looks, beaming down without opening the prisms for small beam effects, rotating them and opening and closing the prisms for custom effects.”  At Red Rocks and on tour STS9 has opted not to use video elements in their shows so lighting design and effects play a bigger role than ever. 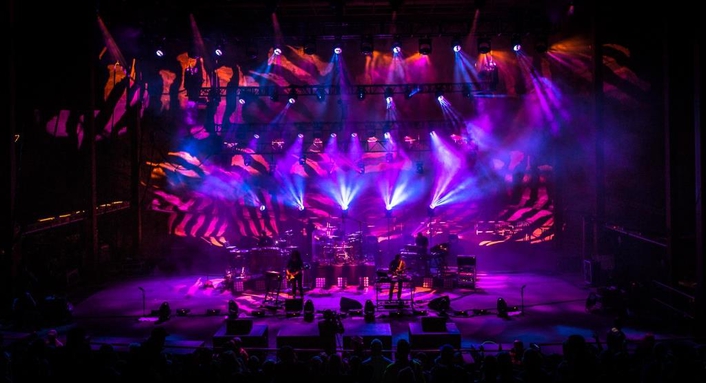 At Red Rocks Waller placed one K10 behind each of the five band members and tilted the fixtures forward about 25º “to get them under the band and all the way back to the rocks,” he explains.  The remaining 17 K10s were mounted in the truss.  The fixtures will be deployed in a similar way for the touring rig.

Waller built custom macros for the K10s that extend creative flexibility with color.  “I’ve written probably 30 custom chases with colors attached.  So in a three-spoke fan each spoke stays the same color all the way around, like a gobo wheel spinning.  I can fire them of in any combination,” he explains.

He attached ghost protocol presets to his custom chases to facilitate writing the macros assigning the K10 color combinations.  “Each chase can have 60-80 steps, so I only have to write it once, not each time I have a different color combination.”

“Brown Note is a great company and has always been a great partner of ours,” says A.C.T Lighting Vice President of Sales, Brian Dowd.  “They’re always excited about trying the latest and greatest equipment and they’re able to do so in a way that really showcases the gear.” 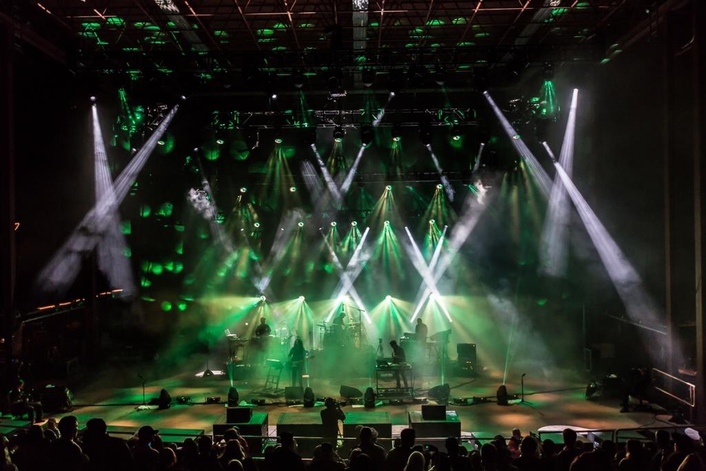 Francesco Romagnoli, Clay Paky Area Manager for North and Latin America, added, “Combining the beautiful setting of the Red Rocks Amphitheatre with our B-EYES is a match made in heaven.  We’re pleased that Brown Note is so happy with all of our fixtures.”