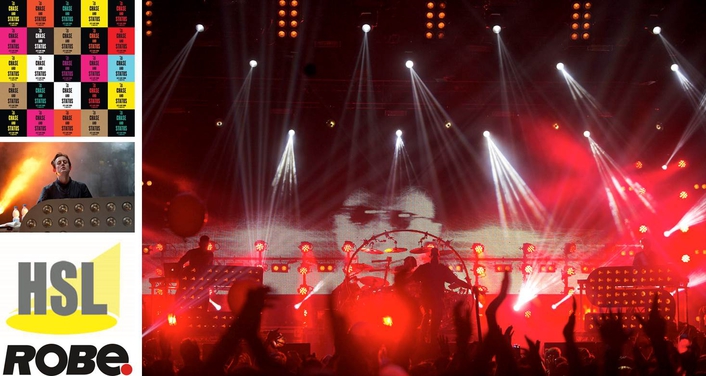 .
Hi energy UK drum ‘n’ bass duo Chase & Status has taken the European festival circuit by storm this summer, with an amazing lightshow designed by Neil Carson, based on a floor ‘specials’ rig of over 160 lights – with 60 x Robe LEDBeam 100s at its core!

Forty of the LEDBeams are attached to two custom pre-rigged trussing dollies wheeled onstage for lightning-quick deployment behind the band, forming a retina-burning ‘wall-of-death’ effect. 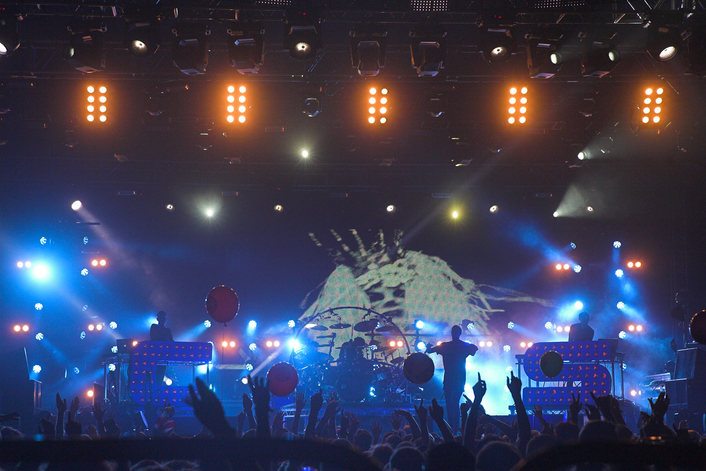 The high-impact effects that Carson has created with the LEDBeam 100 wall have impressed everyone, particularly in relation to the miniscule size of the units, which make them ideal for being toured in large quantities whilst taking up very little truck space.

The design also utilises eight Robe LEDWash 600s on the floor, used for low-level, subtle key lighting on the band and their various guest artists. 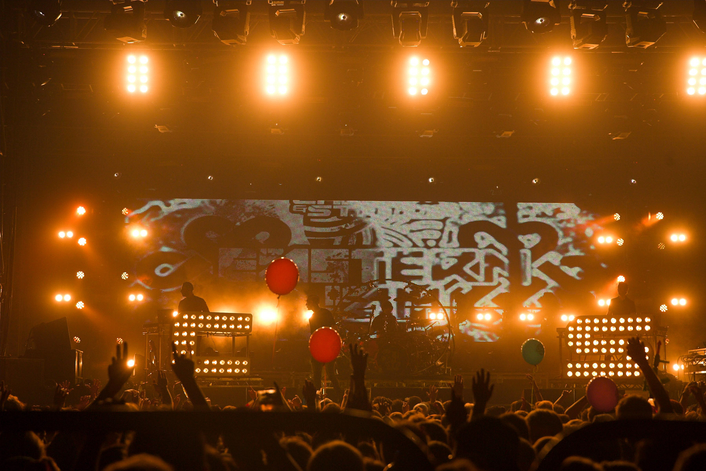 These plus all the rest of the lighting equipment are being supplied by leading Blackburn UK based lighting and visuals rental company HSL.

Carson specified the LEDBeams because they were perfect for the job – small, super-bright, very light and mega-fast!

He has regularly used Robe products in his work for some time, but first used LEDBeam 100s more recently on a project at the Central School of Speech & Drama, where he was invited to present a seminar on Lighting Live Music. HSL supplied a selection of kit for him to demonstrate ‘in action’ to the students. 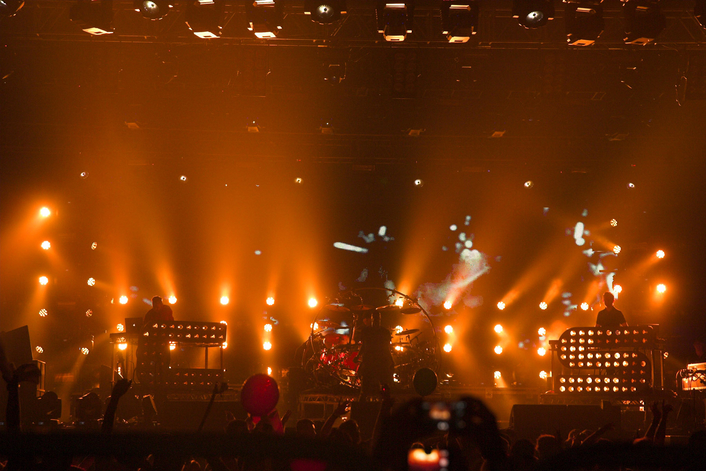 “I really liked the speed and the definition of the LEDBeams” he confirms. Adding that the colour mixing is also “Excellent’ and that it is  “Very important to me to see a solid colour coming out of the front of the fixture”. This is  a technique that Robe has fine-tuned in the light engines of all its LED products.

The tiny amount of power drawn by a LEDBeam 100 also means that a substantial number of fixtures can be run together without needing any special power requirements.

Yet another advantage is that even with 60 very bright and powerful moving lights onstage, the cool running and reduced heat output ensures that temperatures stay pleasant and workable! This is a great consideration for artists playing in traditionally hot environments like festival tents! 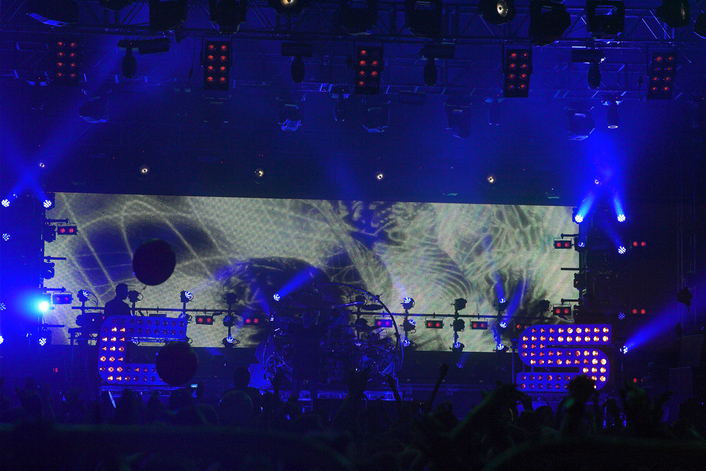 Carson asked Cate Carter on-board as Lighting Director to run some of the C&S shows that he was unable to do himself due to other previously confirmed commitments.

It was the first time she had used LEDBeam 100s, but really appreciated their quality and power as visual tools “They are really bright, and the range of textures and looks that Neil has produced with them is fabulous” she comments.

Chase & Status’s next single ‘Count On Me’ is scheduled for release at the end of September, followed shortly after by third third studio album “Brand New Machine”.