Relying heavily on lighting and video 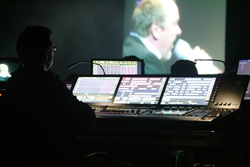 Kai Schwind adapted the original story and directed. The Three Investigators were created at the beginning of the 1960s by the US journalist and author, Robert Arthur.

The show ran with the new grandMA2 software 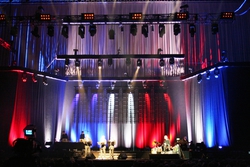 “It was our intention to work with lighting moods like in a theatre”, explained Rupprecht, “Therefore we have used only halide lamps, with the exception of the blinders, which meant short focussing times for us. The grandMA2 system was extremely helpful in controlling the 4,500 parametres. The new MA NPU is very easy to configure. We just had to set up the IP address and we could start working immediately. Furthermore the monitoring possibilities were a big help thanks to the integrated touch screen.”

“The show ran with the new grandMA2 software”, reported Rupprecht. “It worked perfectly and I could program even faster than before. Operating the grandMA2 was really a breeze after a short familiarisation. I especially like the new effects engine, the possibility of setting up times in the presets, the part cues and the new macro function.”

The whole network was set-up with full redundancy 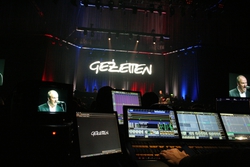 During pre-programming, the crew relied on the new grandMA 3D. “With this software we have also had many positive experiences too”, Rupprecht reports. “Both, the graphic performance as well as the ease of use, have impressed us. Moreover we programmed the show in Multi-User-Mode. One console was used for the moving lights and one for video – which saved us a lot of time. The video pre-programming was done by Sebastian Jakob in the run-up to the tour.

The whole network was set-up with full redundancy. This would have made it possible to control the show from the video operator's position behind the stage. A grandMA2 replay unit as well as a grandMA2 faderwing were placed there as back-up, along with the two MA VPUs. Additionally the system had MIDI-access to synchronise with the sound.

“Working with the MA VPU was very comfortable. This was based on its easy control via the consoles as well as the plain plug-and-play configuration. Furthermore the back-up solution of the MA VPU is second to none. It is possible to back up all my MA VPUs with just one additional MA VPU. In the case of a failure you just have to configure the MA VPU to be backed up. Also, multiple functions like Colour-Keying are a huge step ahead. 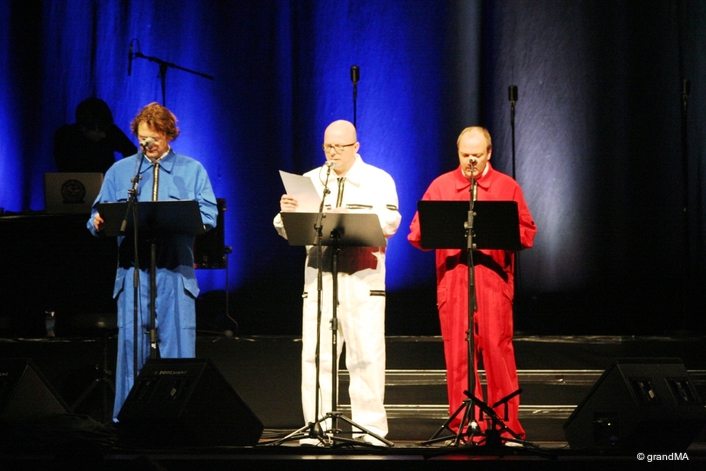