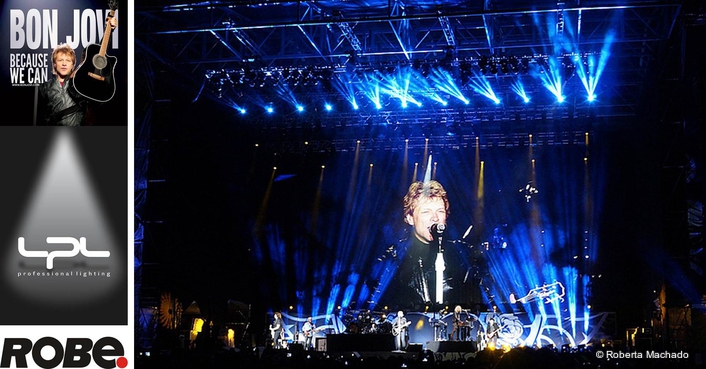 Lighting for this gig was supplied by locally based rental specialist, LPL Professional Lighting
Legendary rockers Bon Jovi played a sold out show at Sao Paolo’s Morumbi Stadium in Brazil as part of the recent Latin American leg of their ‘Because We Can’ world tour, with Lighting Director Sooner Routhier utilising Robe’s ROBIN LEDWash 600, ColorSpot 2500E AT and ColorWash 2500E AT fixtures amongst others.

Lighting for Bon Jovi’s spectacular and highly visual tour was designed by Doug "Spike" Brant of PEDG, who has worked with the band for several years, while Sooner is rounding off her fourth year of touring with Bon Jovi.

The tour started in February of 2013, with pre-programing starting in January at set and stage creators TAIT’s HQ in Pennsylvania, USA.

Sooner explains, “We have a very simple festival / one off rig design which we used for this Latin American tour, consisting of straight trusses with spots and LED wash fixtures distributed evenly across each truss. This helps us clone a rig easily in any festival situation. AND it makes for nice, simple cueing and effects”.

The Robes were used throughout the entire show, taking advantage of the speedy colour changing facilities to produce amazing effects. 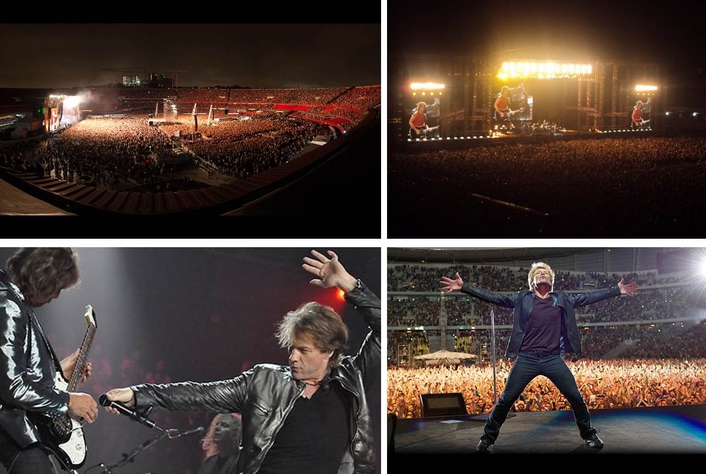 On the LEDWash 600 generally, Sooner comments, “I like the random strobe effect on the rings and I've used the individual ring control multiple times with other clients… although not here this time. It's something different from other fixtures. At Rock in Rio (they headlined the second Friday night) we had some LEDWash 1200s, and I loved the large lens diameter of that fixture… it’s very unique”.

During the show, LPL provided a fantastic service, as Sooner highlights, “It was extremely easy to walk in, patch and have a show up and running. Erich Bertti was absolutely amazing on site... and a good translator for the spotlights as well!”

After Brazil, Bon Jovi visited other Latin American countries including Argentina and Mexico and the tour now continues through north America, Japan and Australia.