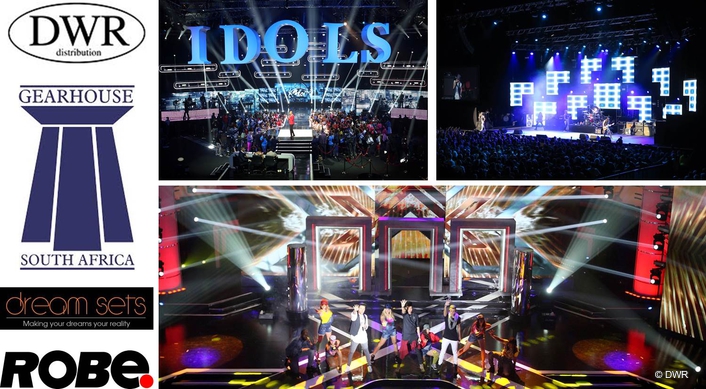 .
The first Robe BMFLs have been in action on a variety of events in South Africa, utilized by some of the country’s leading lighting designers, the new multi-purpose fixtures have certainly been put through their paces on a wide variety of shows.

The very first South African based LD to use them was Production Designer Tim Dunn of Gearhouse South Africa (GHSA) on the Krone Music Festival at the Grand Arena, Grandwest Casino, Cape Town. The event is one of the most popular SA showcases for Afrikaans music, and this year Tim’s in-the-round concept brought a new standard of presentation to the 5000 capacity venue.

Tim positioned the four BMFLs on trusses above the stage and used them throughout the show mainly for a variety of interesting gobo looks onto the white stage floor.

“It’s an absolutely beautiful light,” he declared. “I think Robe have listened to what was needed and produced a high powered signature fixture which is highly flexible and versatile and ideal for many applications”. 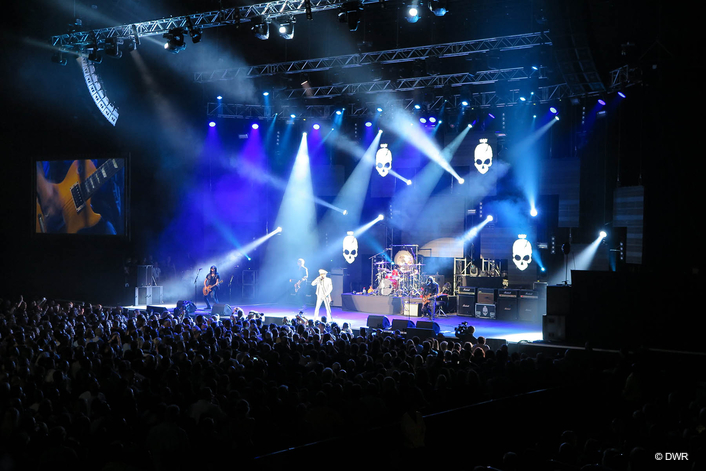 These sentiments were also shared with Lighting and Visuals Designer Joshua Cutts of Visual Frontier who used BMFL Spots for the first time on the 2014 Final of Idols SA at the Carnival City Arena Big Top in Johannesburg.

Rigged on the front truss, they could both illuminate the audience and be used for specials onstage as well as key lighting the presenters when they were roaming around in the audience. The strings section of the band, positioned on a satellite stage in the audience, was also lit with the BMFLs. 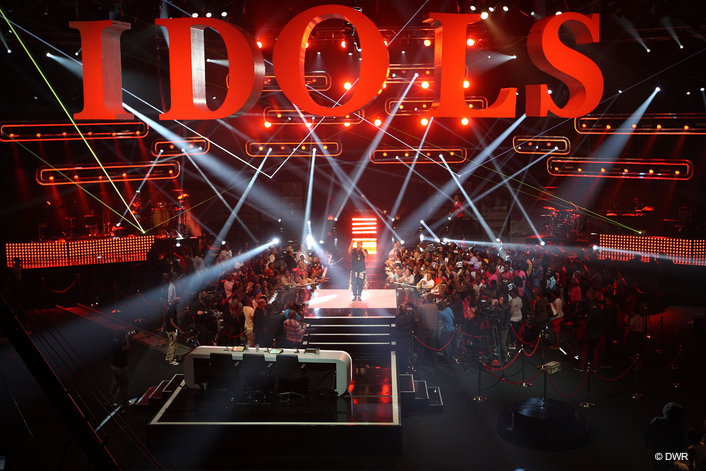 ‘The colour correction for camera is phenomenal and the colours are awesome,” enthuses Josh, “It’s a great unit and it definitely fills a gap in the market for a bright multi-purpose luminaire”. He adds that he’s looking forward to utilizing BMFLs as follow spots in future shows.

Lighting was supplied by Dream Sets and combined with Carnival City’s in-house rig.

Robert Grobler, one of GHSA’s Lighting Designers used them for the first time on the final of the first ever South African edition of the X-Factor singing talent show, which was staged at the Olive Convention Centre in Durban.

His rig was hung on a ground support system and he used the BMFLs as part of a very steep back-light wash and for rear gobo effects, commenting “It’s just absolutely ridiculous – you can add the largest breakup effects in the darkest colours … and still the light comes blasting through!” He also used them highly effectively with narrow zoomed-down beam as a feature for runner up Eliezer Hilmer’s rendition of Marvin Gaye’s classic, “Let’s Get It On”.

He adds that they look “Stunning” on camera, even at 50% - as he could not run them any higher than that - and also appreciates the speed of the fixture.

The latest SA shows by rock supergroup Kings of Chaos played the Grand Arena, Grandwest Casino in Cape Town and the Sun City Superbowl with a lighting design by GHSA’s Willie Bothma and equipment supplied by GHSA’s Cape Town branch supported by the Grand Arena team. 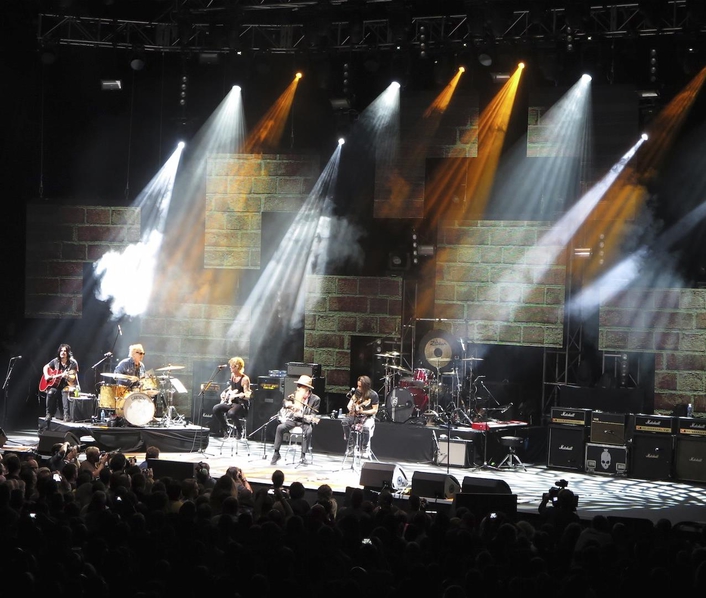 Willie used the four BMFLs on the back truss for big looks and specials. They were in action extensively throughout the set and really enjoyed the experience. “They are a revolutionary fixture due to the brightness and the fact that nothing gets lost no matter what you put in the light-path. The zoom is great and they are extremely fast”.

It was Willie’s second show with the BMFLs – he had also seen them in action at the Krone 2 event designed by Tim Dunn.

Robert Hoey from Dream Sets had the pleasure of using BMFLs on a very special “Republic of Extra Cold” event for Castle Light beer, produced by Omage  and staged on Stanley Island in Plettenberg Bay on South Africa’s famous Garden Route.

Robert used the BMFLs as floor units spread out along the back of the stage and commented, “I was absolutely blown away with them …. they are phenomenal tools for beam work and I would also be happy to use them at the FOH position as they have such a huge zoom”.

Plenty of other people working on the show were also impressed with the BMFLs!

Time was tight due to the challenges of the get in and the unique location. All the kit – supplied by Dream Sets - was transported to the island via two barges and each trip had to be co-ordinated with the tides, so Robert didn’t have much time to experiment with the BMFLs. It was more a case of ‘rocking and rolling’ it!

However, he definitely hopes to be using them again soon!