BMFLs and Pointes are Everything for Ariana Grande tour 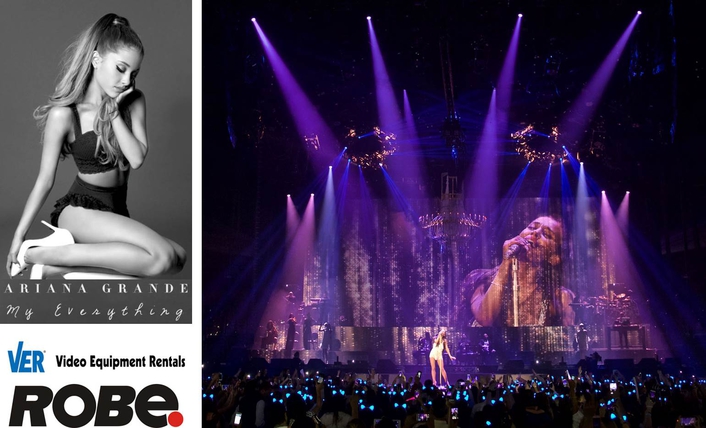 .
Highly popular, talented, chart-topping singer / songwriter, actress - and most definitely rising star - Ariana Grande is storming the US on her current “My Everything” tour.  Complete with a spectacular lighting design by Chris Kuroda, the tour includes 76 x Robe BMFL Spots and 78 x Pointes as the main moving lights.

Chris Kuroda’s starting point for the lighting was a 60 foot wide LED video wall, center stage that parts in the middle for entrances and exits. With this massive lightsource already dominating the visual horizon, he needed exceptionally bright lighting sources.

There was only one fixture that met the criteria – Robe’s BMFL Spot. 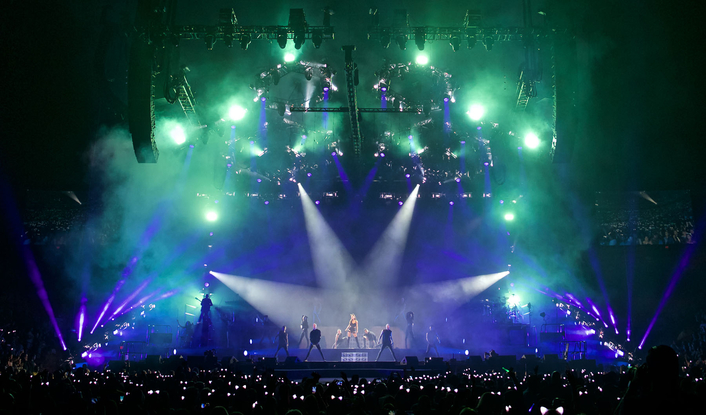 Chris has used Robe products in his work over the years, and when the BMFL was launched, he knew it was “absolutely the right light for this project”.

He’s been enthusiastically specifying Pointes for the last couple of years and loves their versatility, so these were also on the plot bringing a multitude of imaginative options to the table.

The BMFL Spots and Pointes are dotted all over the rig, positioned on a series of diamond-shaped pods over the stage and audience, and on various trusses.

It’s his first design with BMFLs. He decided to go with them after receiving a demo from Robe Lighting Inc. soon after the fixture was launched. 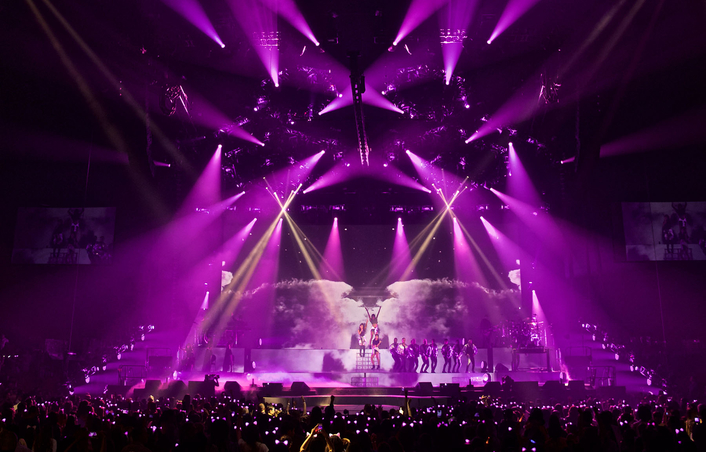 The BMFLs are used to produce lots of aerial graphics together with zoom effects and prism looks, their sheer brightness making them stand out. “They work extremely hard throughout the set” says Chris, adding “we’re delighted … they are our ‘elegant’ lights”.

He loves the tight focus on the gobos and the subtlety of the slow sweeps due to the ultra-smooth movement.

Twenty-four of the Pointes are deployed on two side trusses flown two feet off the stage either side in the traditional ‘shin buster’ position, while the rest are dotted around in the pods. The near circular shape of the pods means the Pointes’ twisty movements and looks can be maximized.

Frost in/out chases are one of Chris’s particular favorites, and the fuzzy / sharp juxtapositions work a treat in giving more idiosyncratic looks. “The Pointe was Robe’s first ‘game-changer’,” he comments. He initially used them in 2014 when lighting Nicki Minaj at the iHeartRadio music festival in Las Vegas … and fell in love! 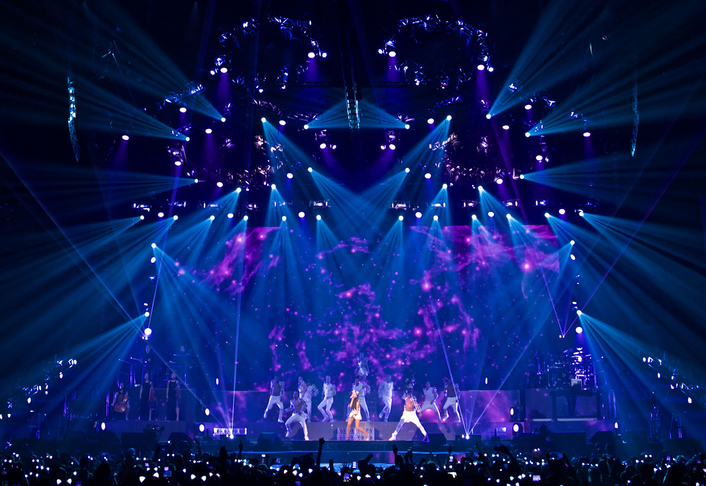 Ahead of the Ariana Grande tour, Chris and long-time programmer and associate Andrew Giffin rented space in Fort Lauderdale, FL, where Chris is based, and completed 3 weeks of pre-visualization. They had a Pointe and a BMFL in the space with them as they started programming the grandMA2 console.

Chris, Andrew and Chris's Lighting Director on the road for Ariana, Nick Van Nostrand, had all worked together previously on Justin Bieber's last "Believe" tour.

This process was followed by two weeks of production rehearsals at Long Beach Arena in southern California.

The show’s aesthetic is a megamix of pop and theatre. Grande – renowned for her incredibly wide vocal range and dynamic stage presence – spent much of her early career in the theatre and wanted the show to be fully focused around ‘the music’. Her interest and ideas added greatly to the presentation says Chris, and she was also guided by the experience, knowledge and imagination of her top notch production team. 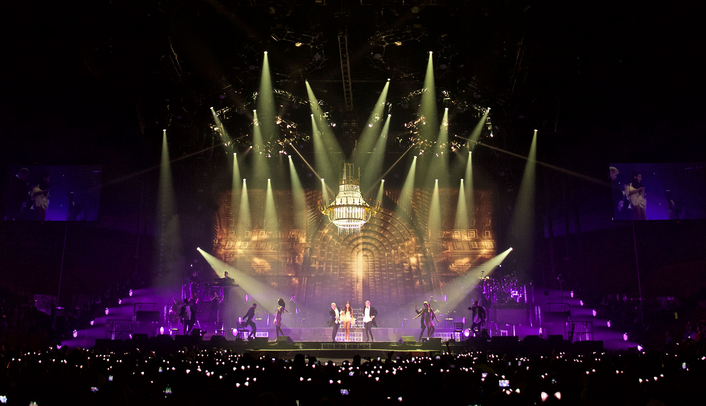 In addition to some classic pop and theatrical techniques, Chris brought plenty of contemporary and retro twists to the lighting. The show encompasses music from multiple genres and eras - from hippie psychedelica to full on rock-out, groove-tastic dance to R&B. There’s even a 3-piece string section at one stage.  It’s an eclectic, action-packed, entertaining live mix that needed flexible lighting options.

Chris, in conjunction with Production Manager Chris Gratton, also chose the pyro and lasers, and video was designed by Nick Millitello.

The lighting contractor is VER.