Behind the Scenes of The Voice Season 3 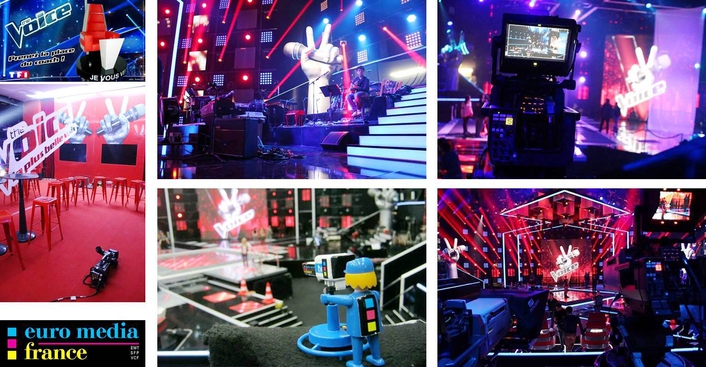 The Voice, a music talent show produced by Shine France and aired on TF1 needs no introduction. However let’s have a closer look and see how Euro Media France produces this programme.

First of all, note that the show is divided into two parts:
The first part consists of blind auditions, battle rounds and for the first time, knockout rounds that were pre-recorded between 04 November 2013 and 14 January 2014 at the Studios du Lendit on stage L1 and L2 and with the help of our XL1 OB truck. They were aired on TF1 from 11 January to 29 March 2014.

The second part of the show consists of live episodes recorded in our studio 217 from 05 April up until the final scheduled on 10 May. The studio is 2090 m² and can host 1220 members of the public; it has VIP dressing rooms for the judges and can house all the contestants.

Euro Media France’ XL1 OB truck is stationed in the parking area and inside its production room one can find the script supervisor Séverine Thibaut, the graphics operator Julian Gutierrez and the director Tristan Carné.

The production team led by Emmanuelle Schanno is in charge of 14 cameras including 6 studio cameras, 4 handheld cameras, a Loumasystems Supertechno 15m crane, a Junior on a 12m camera dolly track rail, a Microfilms’ remote head and a RF Steadycam (RF technology provided by EMF). 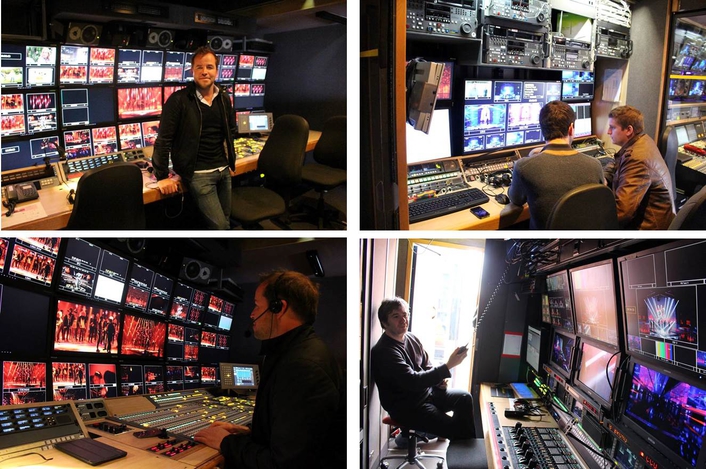 In the audio section, the OBVan handles the 28 vocal microphones and 8 mics for ambient sound on stage. It also manages communication between the various providers on set, the SILENCE mobile sound unit and the XL1 itself.