Mandylights recently deployed Martin by HARMAN Sceptron and Axiom lighting fixtures on Beast Coast’s Escape From New York tour to illuminate the stage design and scenery with scintillating lighting effects. Beast Coast is a hip-hop supergroup from Brooklyn, New York formed in 2012 by members of Pro Era, Flatbush Zombies and the Underachievers. After the release of their debut album, Escape From New York, in 2019, Beast Coast began a nationwide US tour. In order to compliment an elaborate stage design featuring a massive dome structure and a 30-foot Statue of Liberty head, Beast Coast hired lighting designer Tom Edwards of Mandylights, a premier lighting and visual design firm, to design a cutting-edge lighting rig. Edwards selected Martin by HARMAN Sceptron and Axiom lighting fixtures for their class-leading brightness, flexibility and reliability.

“I really needed something that was going to help outline the sprawling structure we created,” said Tom Edwards, Director, Mandylights UK. “The base of the structure is made out GT truss and each piece is fitted with Sceptrons, which line the whole structure. I chose Sceptron fixtures because I needed a fixture that had bright output and looked as if it was part of the structure. The inbuilt macros combined with the pixel control from the console gave us an array of effects to use throughout the show.” 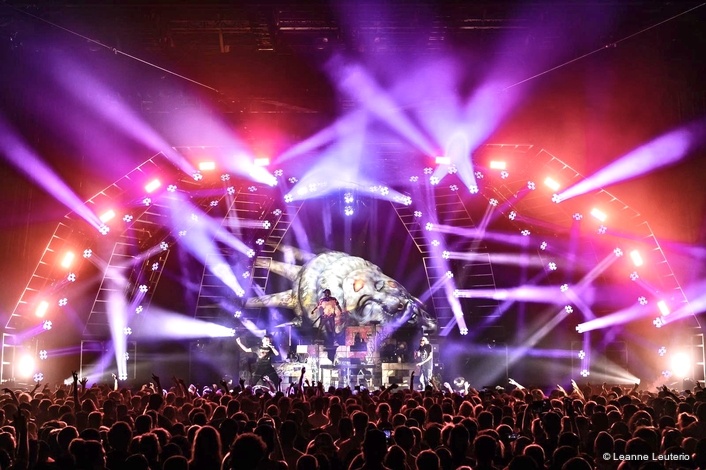 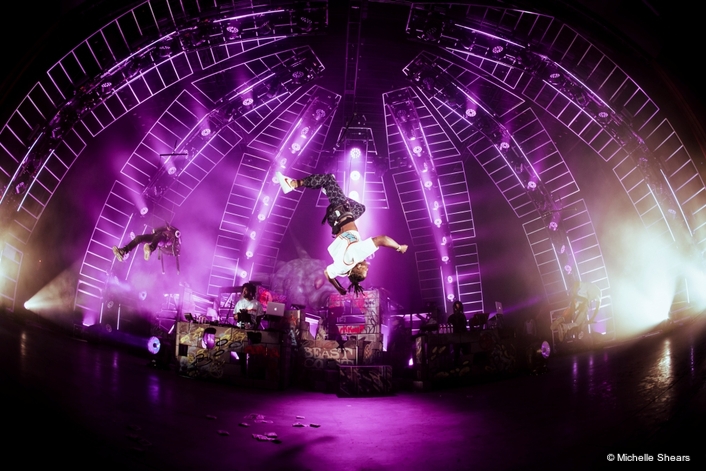 “The Sceptron fixtures added an extra element that we needed for the show,” said Edwards. “We already had enough moving fixtures in the rig, we just needed that finishing touch and we thought the best way to achieve that was by using the Sceptrons. We wanted a more rugged, bright, raw pixel look. The Sceptrons really helped define the shape of the rig and gave us extra effects to use.” 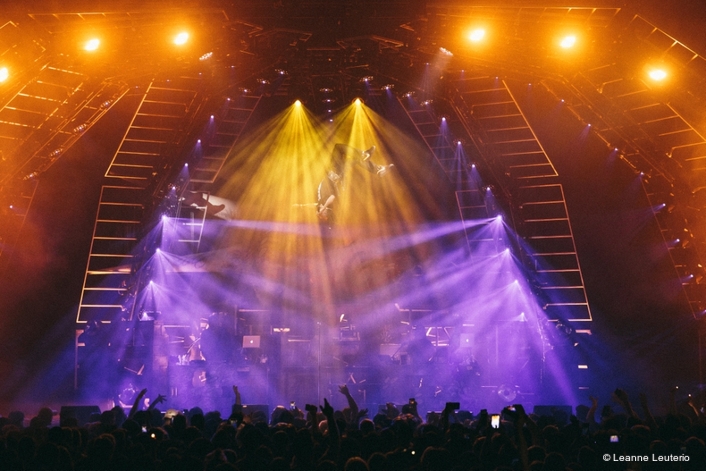 “With all of our designs, we always take transportation into consideration, so I also wanted to keep this rig friendly for touring,” said Edwards. “Because the angles of the dome change daily, we had to adjust the Sceptrons every day in order to get the viewing angle right for the crowd. But because of the way the Sceptrons couple together, they all tilt out in sections, so the crew just did a visual focus every day and it was looking great.”

Sceptron fixtures are driven by the Martin P3 System Controller, which enables easy configuration, mapping and setup. P3 systems provide full control over LED fixtures and video panels, removing the need for manual addressing and external computers, making set up quick and easy. On the Escape From New York Tour, the P3 controllers lived on top of the GT truss below a 10-foot custom aluminum frame, which left enough spacing to allow for the controllers to remain discreet. 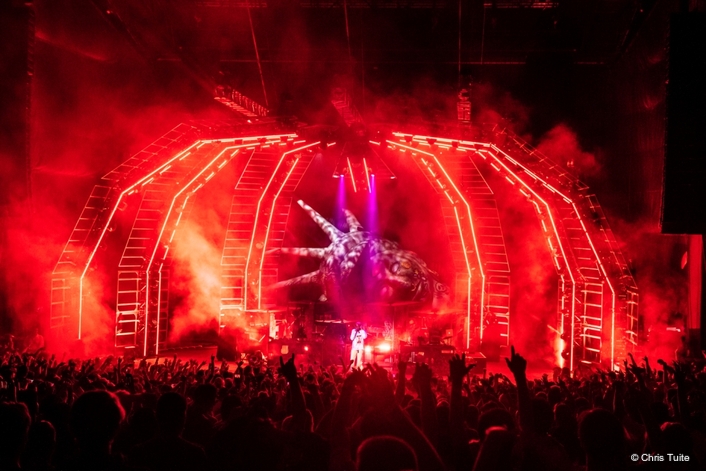 “We chose the Axiom fixtures because we needed a small, versatile, powerful fixture with a good zoom range,” continued Edwards. “We used them to create a really soft gobo focus on the Statue of Liberty head to pull out some of the facial features. We also used a couple of fixtures to do some mid-air gobo effects and spot treatment behind the artists as they float into the air. The Axiom fixtures been really solid—they've done 25 shows now without a single issue.” 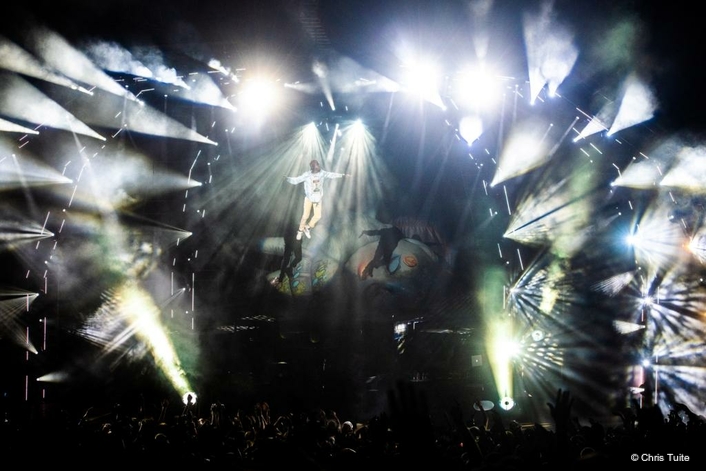 Mandylights used the rig to create a diverse set of looks for over 70 songs, each programed intensely to time code. Beast Coast wrapped up the Escape From New York Tour at the Mecu Pavilion in Baltimore on August 25th.

“With modern society, we have to design shows that are visually pleasing both in person and on phones because its safe to assume the show is going to live on forever on peoples phones” continued Edwards. “They're posting to Facebook or Instagram and being hashtagged to the venue. We knew by choosing a product like Sceptron, the lighting display wouldn’t overexpose on cameras—they’re very well defined. They look great and they definitely gave the design the finishing touch.”

HARMAN (harman.com) designs and engineers connected products and solutions for automakers, consumers, and enterprises worldwide, including connected car systems, audio and visual products, enterprise automation solutions; and services supporting the Internet of Things. With leading brands including AKG®, Harman Kardon®, Infinity®, JBL®, Lexicon®, Mark Levinson® and Revel®, HARMAN is admired by audiophiles, musicians and the entertainment venues where they perform around the world. More than 50 million automobiles on the road today are equipped with HARMAN audio and connected car systems. Our software services power billions of mobile devices and systems that are connected, integrated and secure across all platforms, from work and home to car and mobile. HARMAN has a workforce of approximately 30,000 people across the Americas, Europe, and Asia. In March 2017, HARMAN became a wholly-owned subsidiary of Samsung Electronics Co., Ltd.