.
Gorgeous, glorious Glastonbury - this year the teams from Avolites and Avolites Media were not only blessed with the sunniest festival in years but also the joy of witnessing the proliferation of new Avolites consoles around the site.

In addition, and increasingly present year on year, Avolites Media's Ai Media consoles, Infinity 8 and T8 Media Servers delivered stunning visuals and special effects for a number of world class acts at stages including: The Other Stage, Arcadia, Dance and Shangrila.

Meanwhile Avolites Media's equipment provided pumping visuals and special effects for Chase and Status on The Other Stage as well as Sub-Focus in Dance Village's main stage 'Sonic'.

Meanwhile In the Dance Tent Video Illusions made sharp creative use of a T8 and Infinity 8 to video map the roof and at Shangrila Astral Designs put a T8 through its paces. 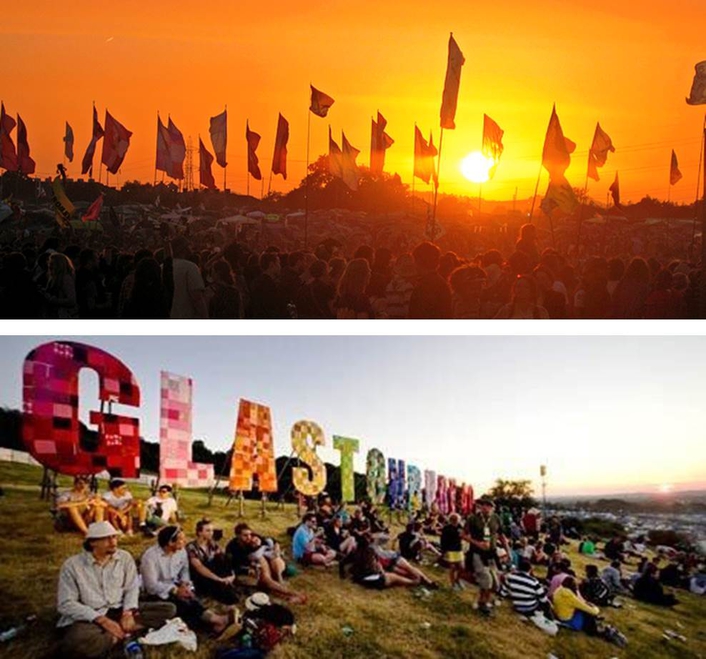 As is tradition Avolites' Koy Neminathan and Avolites Media's Steve Warren supported by their friendly Avolites expert tech teams provided 24/7 hands-on, face-to-face support for many of the acts' media and lighting designers along with programmers and operators. At the same time they took the opportunity to drop in on old friends and colleagues, make new bonds and generally have a really good time.

Sapphire Touch consoles were also showing off their silky smooth control at Glastonbury's Circus, Acoustic, Park and Arcadia, controlling lighting for a range of acts from bands to solo artists, circus acts to all night raves.

Avolites festival grandmaster and officianado Steve Warren comments: I'm really proud that Avolites has had such a long and established relationship with Glastonbury Festival - it's very close to my heart. Over the years we have seen huge developments in technology and of course the introduction of Avolites Media severs and consoles. Year on year their presence increases. Not only that many in our tech support team have grown up in this industry on a diet of festivals and live events.

"Naturally they have come to understand the demands and challenges of working outdoors, sometimes in testing conditions with short turn around between acts and increasing technological demands. We pride ourselves on being able to provide robust, intuitive, easy to use products that enable designers to realise their visions and for programmers to bring them to life on stage reliably and quickly. We are as committed to this mission today as we ever were and promise to remain so for a long time to come."