The moving 204 LED tubes required an incredible amount of raw computing power from Avolites Media's S6 Server
The ambitious Closing Ceremony of Sochi's Winter Olympics was a "bright and emotive" event featuring 7,000 performers under an 'LED Forest of Light'. This was made up of 204 LED tubes, each one 12-metres high with a 360-degree viewing angle, and powered by an Avolites Ai S6 Server and Tiger Touch II console.

The Ceremony started with a countdown, with the numbers appearing on the screens above the stands. When the scoreboard hit zero, the LED forest in the centre of Sochi's Fisht arena exploded into bright colours, directed by world-renowned director Daniele Finzi Pasca.

Throughout, the Forest of Light provided the stage architecture that gave scale and perspective for much of the action that unfolded. TAIT Technologies designed and built the custom LED tubes, with each rod boasting an impressive 360 degree viewing angle enabling all 46,000 of the audience members and the global broadcast audience to see the same effect. 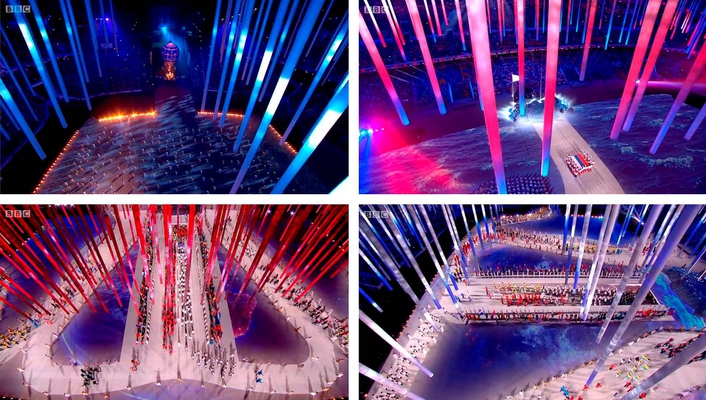 "The moving, 204 LED tubes required an incredible amount of raw computing power from the S6 Server, and it performed flawlessly," says Abrams. "The fact that one single machine was able to power the whole forest and deal with a multitude of tasks is still quite astonishing." 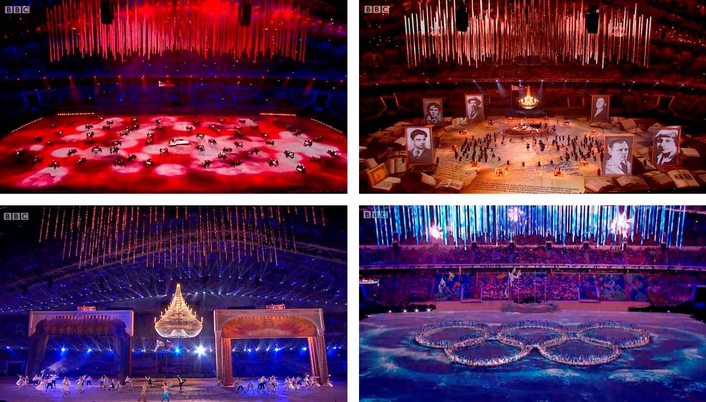 Abrams and his team were generating new model, texture and fixture data for every frame, processing information about where each column was, then using that to manipulate how the video was portrayed on the forest. Due to the fact each column was treated as a separate object they had to do this 204 times, once for each column.

"This amount of processing power would not have been possible on a lesser machine, we were really pushing the boundaries of what a computer can do," adds Abrams. "This project was off the scale. Avolites and Avolites Media were extremely proud to be considered the most capable provider of true volumetric video content manipulation, a technology that's at the very forefront of video control." 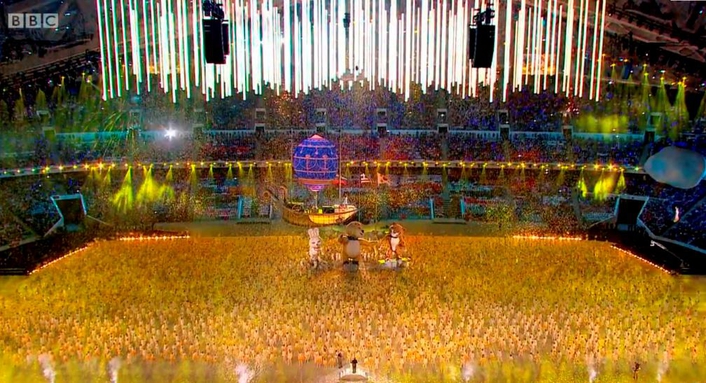 "Access to the 'top of the range' S6 Server was a massive help, not only in Sochi, but also when using for pre-visualisation in London, where the creative team were able to see and experiment with all content before the event," continues Abrams. "When using it for pre-visualisation we were using four or five outputs to give the content team the best understanding of how the forest could look and what we could do to facilitate their creative ideas. The visualiser in the Ai software was massively beneficial for this, as we were able to set up viewpoints for specific cameras, and show how content would appear to the human eye from different camera positions, or viewpoints in the stadium. We were also able to include other parts of the ceremonies, for example the main screens or field of play, visualising the whole show, not just what we were working on." 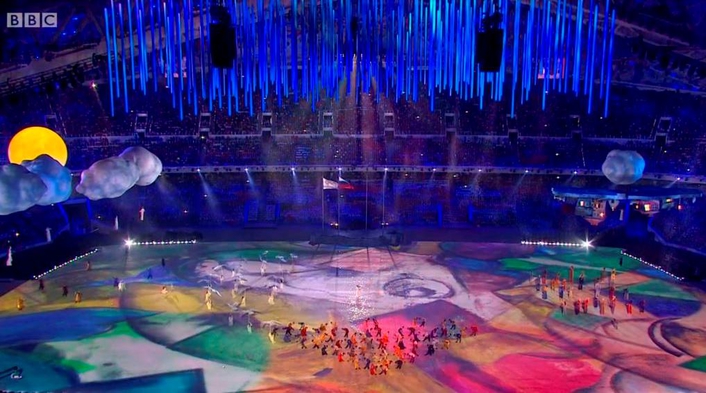 With the Ai server controlling all of the content and volumetric distribution, the Avolites Tiger Touch II console could be employed for a variety of additional controls. The console's cue list was able to control playback of video clips and Artnet levels assigned to playback faders, allowing manual control of video effects. Additionally, the Tiger Touch II gave instant adjustment of fixture intensity to balance levels for the events live cameras.

"The test build in Hasselt allowed us to see the machines run in a 'show environment'. We were also able to show how to achieve special effects and transitions with the content and were able to load and play content instantaneously. The ability to just drag and drop media and play it, then add effects, scaling and colour adjustments later, massively sped up the time it took for the creative team to understand how to best use the LED tubes." 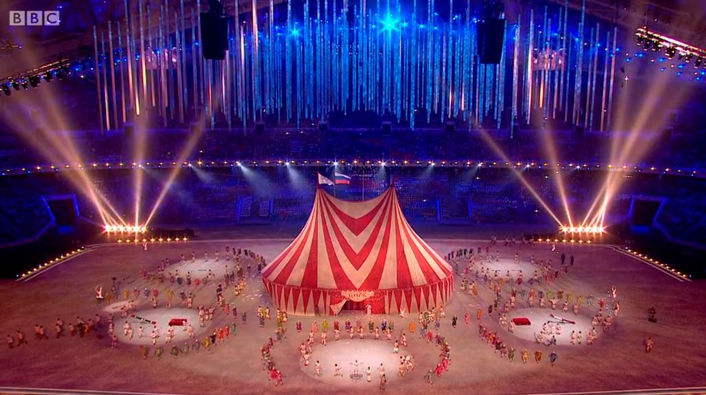 Immersive's Mark Calvert, concurs: "The Ai visualiser enabled the show designers, content houses, programmers and technicians to work remotely on the project and still see the installation within the same 3D model of the stadium. This helps in a number of ways with workflow and ongoing problem solving. The 3D visualiser was a critical part of the design process. It enables ideas to evolve in a real-time 3D space and in a number of cases has helped visualise and deliver some world-first achievements. The visualiser makes realising a design a tactile, easy to navigate, real-time experience."