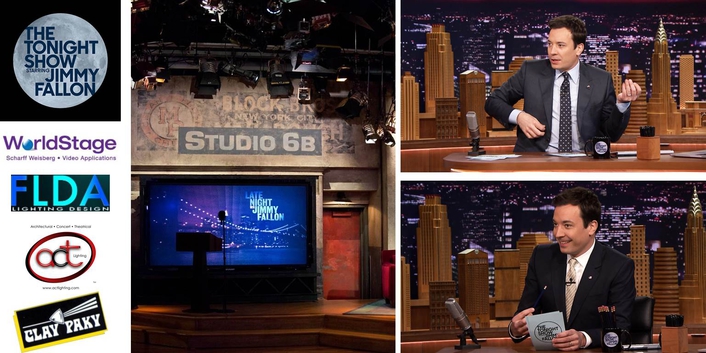 .
“The Tonight Show Starring Jimmy Fallon” debuted to rave reviews and top ratings, and Clay Paky fixtures are part of the mix giving a new look to late-night television.

Although Bock’s overall goal for the show was to keep the lights as unobtrusive as possible to both the design of the studio space and the camera, he took a different approach for the band lighting.  “The Clay Paky B-EYEs are meant to be seen and provide a look for music that is fresh and new,” he says.  “The flexibility of the B-EYE makes it a perfect light for effects in the haze, but they can also be used as wash lights in the music set as well.”

Drew DeCorleto, director of lighting production at WorldStage, says the B-EYEs have “turned out to be a ‘must-have’ light for the show.  With only 32 channels and all macros available, there is nothing out there like it.  It’s an impressive light that possesses many skills and is already the subject of a lot of chatter.” 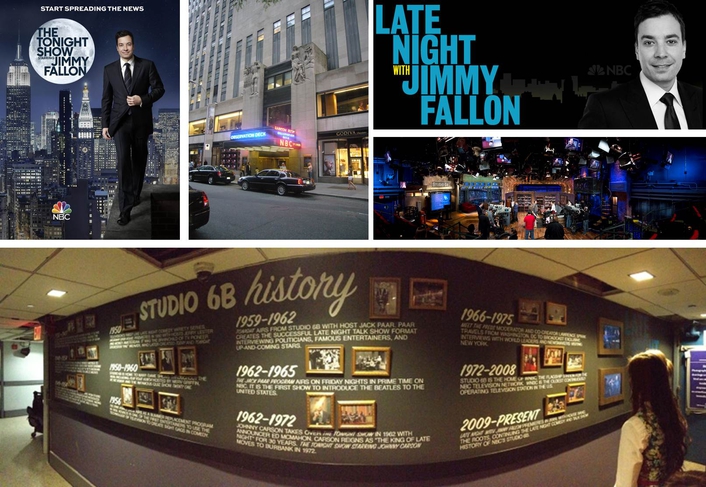 The Alpha Profiles serve a similar purpose to the B-EYEs.  “They’re a great light that can be used for effects and beams in the haze, but they can also be used to light talent and scenery thanks to their shutters,” Bock reports.  He selected them for “their flat field, size, brightness, shutters and versatility” and positioned some in the grid for back lights and eye candy shooting into the camera for music.  Six have been placed downstage of the music set where they are used as keys for music and to light scenery for comedy skits.

The Alpha Profiles are “working very well,” according to Bock.  “They transformed the music space for Lady Gaga’s performance giving a high-energy feel that enhanced the number tremendously.  They also have been used to light the talent in the performance space and cue cards for sketches.”

The popular Sharpy Washes also play an important role in the late-night show’s rig.  “Once I show a designer the Sharpy Wash they never look back,” DeCorleto says.

Francesco Romagnoli, Clay Paky Area Manager for North and Latin America, commented, “We’re so proud to have our lights chosen for these high profile television shows.  WorldStage is a great collaborator and Fred Bock is an excellent designer.  Its’ great to be working with them on this.”