Around the World: grandMA on the Road with Red Hot Chili Peppers 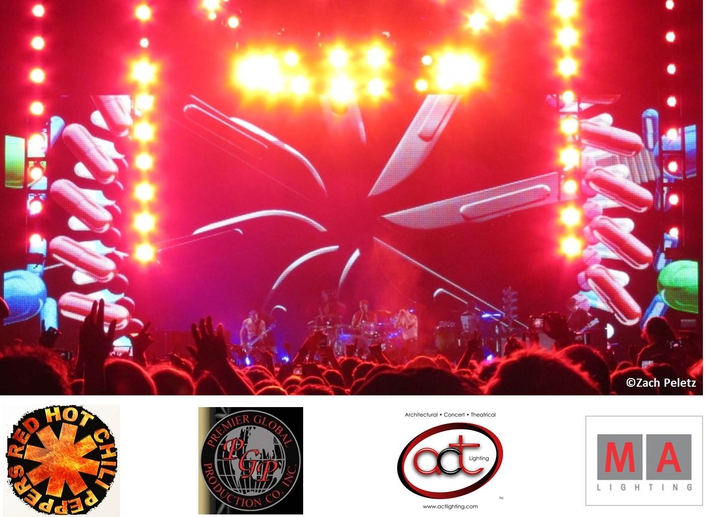 In the hands of a capable programmer, grandMA can do anything a designer can dream up
The Red Hot Chili Peppers have embarked on an epic World Tour 2011-2012 with 4 x grandMA full-size and a large complement of Clay Paky Sharpy lighting fixtures accompanying the band. The truly global world tour comes on the heels of the release of the Red Hot Chili Peppers’ tenth studio album, “I’m With You.” The band has sold over 65 million albums worldwide and scored nine singles in the Top 40 of Billboard’s Hot 100.

Premier Global Production, which serviced the band for their last world tour, has returned as the lighting vendor for the new tour working with lighting designer Scott Holthaus to fill his equipment needs.

Holthaus uses four grandMA full-size, one running video from Catalyst and D3 servers and the other running lighting, two grandMA full-size are back-up. “They are wonderful, powerful machines – I used the grandMA on every tour and they always work great, never a problem,” he says. “Of the 275 shows I did on the last tour, I only went to our spare desk once.”

He praises the grandMA’s “sound operating system” and likes its ability to handle some of the server work. “The effects engine is really good. In the hands of a capable programmer, grandMA can do anything a designer can dream up.” Holthaus’s “right- and left-hand man” for lighting and video on the tour is Leif Dixon; the lighting programmer is Zach Peletz.

“We had just gotten 78 Clay Paky Sharpy fixtures, which are hot little items right now,” adds Premier Global Production’s Vice President of Sales James Vollhoffer. “We were excited to add them to our inventory – it was time to make the investment since we see a demand building for them. All of ours are now on a boat heading for the European leg of the band’s tour.”

Scott Holthaus is using the versatile Sharpy fixtures “everywhere – every single place in the show.” In a departure from his usual process, Holthaus is going solo acting as lighting designer and director for the tour and sharing video tasks with UVA, which brought in the scenics. 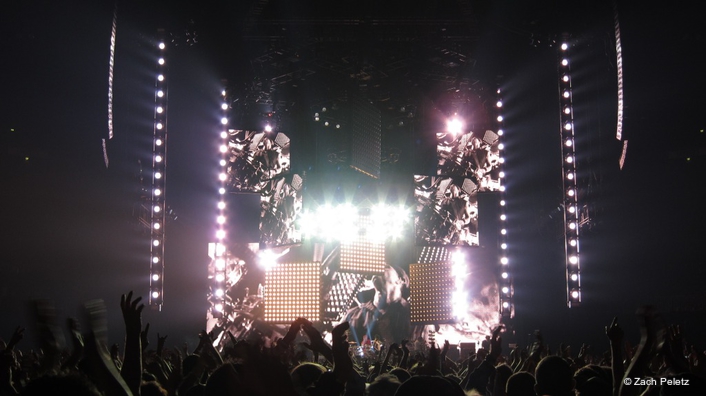