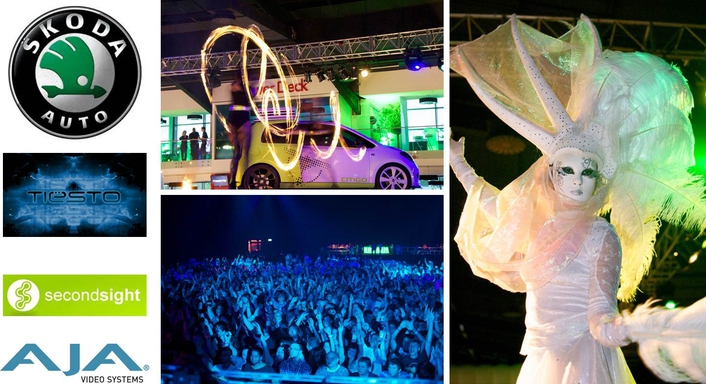 "In the past we've recorded locally onto tape, but for this project we were using a portable production unit (PPU) and wanted to investigate other options," explained Guy Shayler, director, Second Sight Video. "We have three AJA KONA cards in-house and they've always worked really well, so we decided to investigate AJA's Ki Pro recorder." 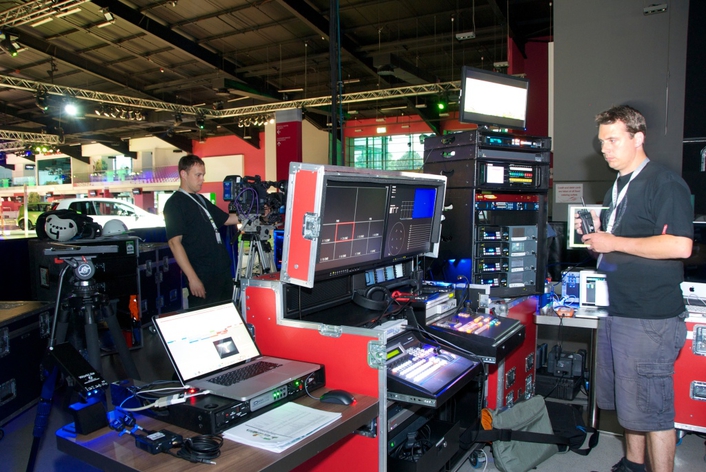 SKODA UK partnered with DJ Tiesto on a series of free concerts around Europe to promote their Citigo car. Second Sight Video filmed the events to develop promotional content for the SKODA UK Facebook page and other outlets. The Second Sight Video team used Panasonic P2 cameras, linked to their PPU via Cam-Wave's HD wireless video system, which recorded onto Ki Pros as Apple ProRes files. They could then send the Ki Pro feeds to two large screens at the event in real-time, and later easily edited the footage in Final Cut Pro X to create the final promotional content.

"The Ki Pro worked great and really saved us a lot of time," said Shayler. "It made it so easy to record on the fly and allowed us to encode all the footage in ProRes, so when we went back to edit all the encoding was already done. In the past we used to have to go through a lengthy encoding process, which for this project would have taken about two days. Eliminating those two days not only saved time, but the client's money as well. We're definitely considering making the Ki Pro a permanent feature of our workflow now."