ADLIB is Top Of The Pops With Radio City Live 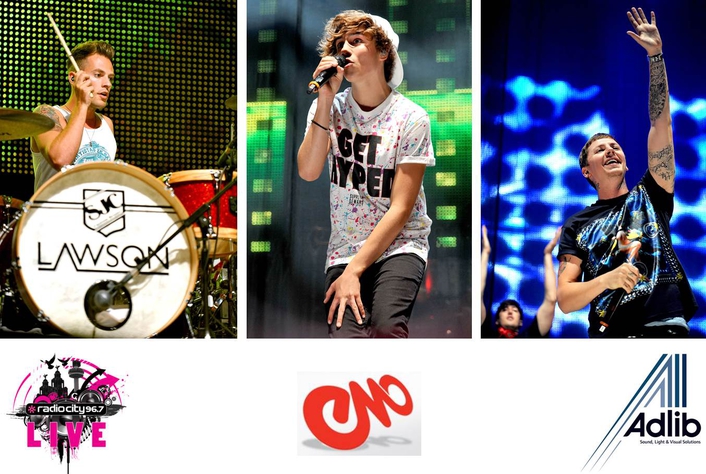 Thousands of enthusiastic music fans enjoyed the best music from some of the cream of chart acts in an experience enhanced by full technical production – sound, lighting and visuals - supplied by locally based Adlib Solutions, working for show producers EMO UK.

Adlib began providing production to Radio City Roadshows in the days when the station started Summer events for the people of Liverpool. They have since been involved with the station’s events through the last two decades, culminating in their July and December Radio City Live events at Liverpool’s Echo Arena.

Adlib’s Managing Director Andy Dockerty comments, “We always enjoy working on Radio City Live. This year it was even more special being the last with Programme Director Richard Maddock, who’s been a driving force behind the events and getting the whole community involved in Radio City. Richard is also a good Evertonian  and everyone at Adlib wishes him all the best.”

This year’s event featured the likes of established & rising acts such as Lawson, Professor Green, Scouting For Girls, Union J, John Newman, Lovable Rogues, Jessie J and more, complete with some seriously challenging short changeovers – from around 3 to 10 minutes!

Sound
An L-ACOUSTICS K1 sound system was specified by Adlib’s team – it’s a tried and tested formula which offers a fantastic sonic experience for all in the Arena, with 12 x K1 speakers for the main hangs and 10 x KUDO left and right for the side hangs, together with KARA front fills and 16 x ground stacked SB28 subs for plenty of rumble! 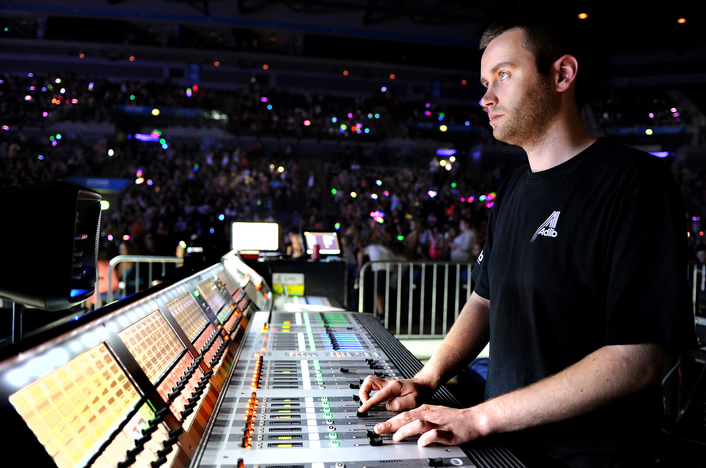 The FOH console was a Soundcraft Vi6, used for all the bands, some of whom brought their own engineers, who were accommodated and co-ordinated at FOH by Adlib’s George Puttock (who’s tech’d on tours with Bon Iver, Radiohead, Lana Del Rey etc). As Systems Tech, Puttock also fine-tuned the K1 to perfection. A Soundcraft Vi1 was supplied for the presenters, VT stings and play-ins.

Processing, speaker management and EQ were all achieved using one of Adlib’s standard Lake system racks and all of the L-ACOUSTICS elements were powered by LA8 amplifiers, including the 4 x ARCS / SB28 sidefills.

Adlib’s Ben Booker was in charge of formatting and running all the backing tracks on the day for those using them, which were sourced and set up in advance to aid smooth and seamless changeovers and operation on the day. 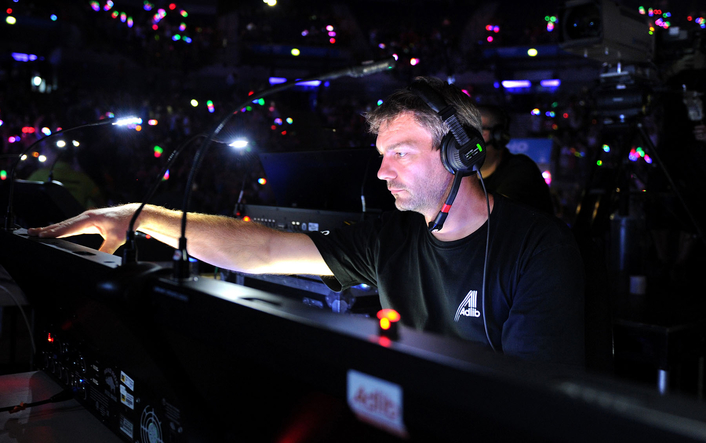 Lighting & Visuals
Production lighting and LED screen design was created by Adlib Design’s Award Winning LD Ian Tomlinson, who took the creative starting point of needing to produce an eye-catching, flexible performance space with a distinctive architecture that could be adapted to give each artist their own look … as well as producing lots of big ‘pop-tastic’ moments.

The challenge here was also maintaining an overall visual continuity for the show – something that marked it definitively as ‘Radio City Live 2013’.

“It’s a great event to work on,” states Adlib’s Head of Lighting Pete Abraham. “The indoor festival vibe keeps all of us on our toes and the client really takes an interest in ensuring that the technical infrastructure supports all the acts and gives the audience real value. We recently invested in (& were one of the first companies to purchase) the Martin Mac Viper Spots & washes in the UK so we felt this would be a good Arena in which to showcase them and to give them a Liverpool debut as such!”

Forty of Adlib’s Pixled F-30 LED screen were used upstage, arranged in eight sections and two rows, one above the other.

Five trusses were flown above the stage. The upstage one flew the F-30 panels, and downstage of that, the next truss was fitted with a gauze on a tab track which was closed for the single acts who performed directly in front of it.

Twenty-four Martin MAC 301 LED wash lights were dotted around the back and mid trusses, with the newly acquired 12 x MAC Viper Spots gracing the back truss, used for hi-impact rear lighting and effects and 7 x MAC Viper Washes on the front truss. 14 x Clay Paky Sharpies were scattered around the stage, mostly on the deck.

Lighting was operated on the day by Andy Rowe using a grandMA2 light console. A Catalyst media server stored and played back content for the LED screen, operated by Charlie Rushton using a Full Boar console. The lighting crew were completed with Mike Summerfield, Chris Richardson and Jeff Bond.

Jessie J brought in her own floor specials package. Her lightshow is designed by Vince Foster and was being operated on this occasion by Patrick Murray.

Adlib Client Manager Phil Kielty comments, “We are incredibly fortunate to work on so many tours & huge events in such a tough landscape. Radio City has been a big part of Adlib for many years and Radio City Live has provided us with exciting opportunities to work with some amazing acts including Lawson, Professor Green, Union J, Loveable Rogues, The Wanted,  Jessie J and rising star John Newman.”