5 SOS’s drummer Ashton Irwin
Adlib were delighted to be chosen as the sound supplier for the European & UK leg of the recent 5 Seconds of Summer (5SOS) “Rock Out with your Socks Out” tour as the career trajectory of this massively successful Australian punk / power rock band continues to soar to intergalactic levels!

The boys, Michael Clifford, Luke Hemmings, Calum Hood and Ashton Irwin are known for their serious musicianship, hi-energy entertaining live performances and for having a fantastic rapport with their hyper-enthusiastic audiences.

Adlib first ‘met’ 5SOS at the sizzling 2014 Summertime Ball event at Wembley Stadium in London where they were co-ordinating all things audio. As always, the Liverpool based company provided a fantastic sounding system and the great service, for which they are renowned, impressed the band and their production. 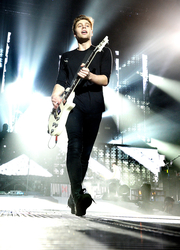 The band’s FOH engineer John Delf, asked Adlib’s very own Ben Booker to mix monitors for the band’s headline shows at London’s Islington Academy and then Birmingham Academy 2. This was back in October 2013. At this point Ben saw the potential of the band and jumped on board full time.

Ben and John Delf were extremely happy when Adlib was chosen for this, 5SOS’s first major headlining European production tour.

John Delf specified the L-Acoustics K1 system after hearing it used at the 2014 Summertime Ball. The 7 week arena tour traversed through Europe and the UK, culminating in three sold-out incredible shows at the iconic Wembley Arena.

Adlib sent out one of their typically strong crews on this tour, with Tony Szabo (KSE) as system designer and engineer, being supported by Sam Proctor.   Their usual configuration was main arrays of 14 x K1 speakers with four KARA downs, and side arrays containing 12 x K2 each.

These were complimented with a pokey and powerful sub array comprising 9 x SB28 s per side, built in stacks of three sitting on bespoke dollies for optimum manoeuvrability and convenient placement beneath the rolling stage system.

In and out fills were four ARC2 speakers, positioned on top of the middle sub stacks, with KARAs for stage lip fill, and also for outfills on the outer sub stacks. 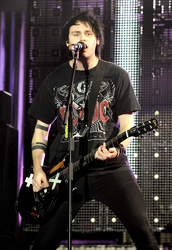 John chose one of Adlib’s Soundcraft Vi3000 consoles to create the mix, utilizing the Soundcraft Realtime Rack for various additional UAD plug ins as inserts. The show was multi-track recorded every night via Dante out of the Vi3000.

One of Adlib’s standard Lake Control Systems were used which utilises fibre to run Dante to the various speakers zones, with the Lakes being used for EQ and time alignment. This Control System comprises of three Lake LM44s as a FOH matrix, sending Dante to two Lake LM 26s and a Focusrite RedNet D16R per side of stage distributing AES3 audio to all the L-Acoustics LA8 amplifiers.

It is a tried and tested flexible configuration that works brilliantly for all the venues they were playing, however, by far the biggest challenge for audio was not directly to do with the band … but the task of getting a nice clear crisp, clean and high clarity sound out above the outrageously loud scream-factor of the audience which peaked nightly at a whopping 120 dB!

Much of the success of achieving this goal was due to John’s engineering skills and his experience with 5SOS gigs!

Onstage, Ben Booker had similar levels of audience noise to contend with, and the band all using IEMs helped in terms of ambient noise containment.

A DiGiCo SD10 was Ben’s console of choice, used in conjunction with a 48-input Adlib line system.

Ben found plenty of uses for the Smart Key functions on the SD10, which enabled him to switch the mic settings at the touch of a button - as the band charge around onstage often returning to different mic positions during the all-action set. 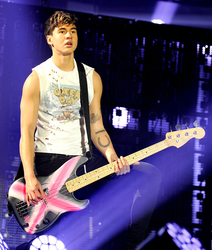 He also used the Smart Keys for different individual talk-backs in various combinations, rather than having one mic for all on the system, he can tailor each person’s talkback.

They use six channels of Sennheiser 2000 series IEMs, three on one frequency range and three in another – giving one complete spare for each of the band. When travelling worldwide this allows them to use the best possible range in that area.

There are no wedges at all onstage so the IEM set up has to be absolutely spot-on – all the band, all the stage technicians and Ben use Ultimate Ears UE11 moulds to try and insulate themselves from the screaming girls!

For vocals, the guys have four channels of Sennheiser EM3732 hand-held mics (with 5235 capsules), chosen for their high rejection dynamic - again due to screaming levels - and all their mics are chosen for their rejection capabilities. The EM3732 has a scanning function using Sennheiser’s WSM software which is useful as Ben also takes care of all the frequency co-ordination and logistics wherever they are. Ben also uses RF Plot, an app that was coded by Adlib’s Sam Proctor.

The guitar amps are not mic’ed, instead they used Zoom G3, G5 and B3 processing all over the stage, adding six channels of wireless guitar that he also looks after and an assortment of  Sennheiser and Neumann mics are used for the drum kit.

“It’s a neat, smart and quick set up which is relatively straightforward,” Ben commented adding that it was really excellent having a full Adlib team on the road with them on the tour”. 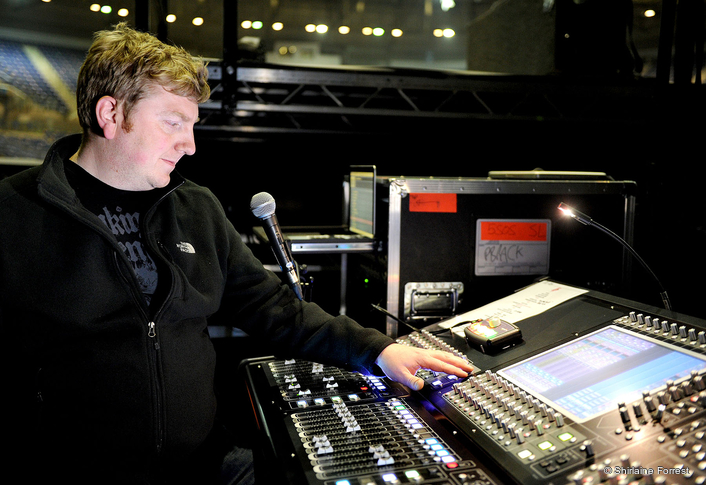 Collecting numerous awards and number one chart hits as they go, 5SOS play in Australia until the end of July when they return to the US, stepping up to 20 to 30,000 cap venues.

Ben and John both comment that the band are “Fantastic” people to work with and have their feet firmly on the ground … and what looks set to be a long-lasting and successful career ahead. 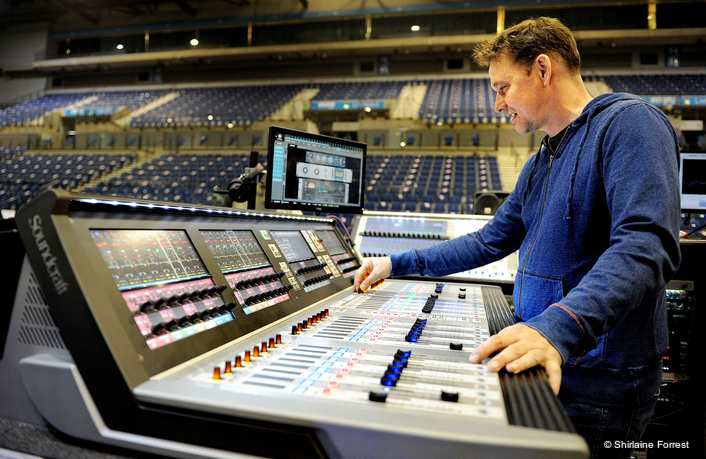 John Delf stated “So we were rather spoilt. I couldn't have asked for better service. Every time I use an Adlib PA I come away extremely happy — apart from having the most highly trained crews, all the gear is in exceptional condition.

”Phil Stoker, Adlib Director & Account Handler commented, “working with Karen Ringland, Production North & Modest Management has been a brilliant experience. For this kind of rock/pop/punk the K1 is the ideal choice and worked perfectly for the band in those Arenas. Thanks to Zop & a great touring team for all of their help. Until the next time.” 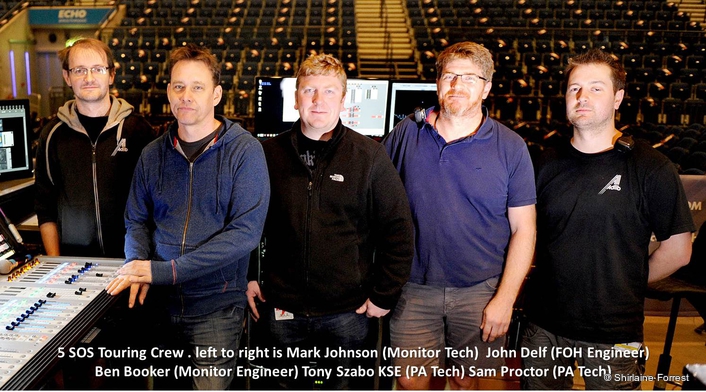