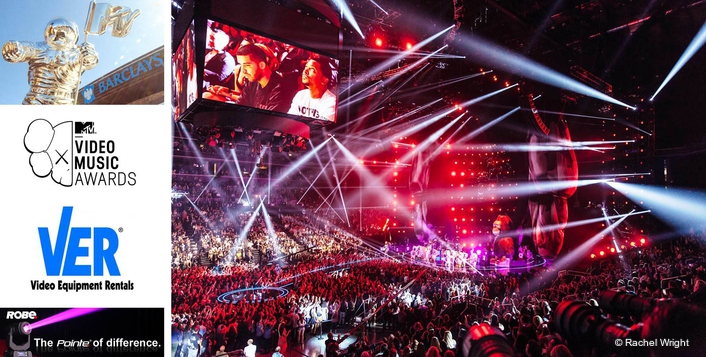 Lighting Designer Tom Kenny worked the same style – blurring the lines between fine art and pop art -  into multiple areas of the onstage lighting treatment, with 80 of Robe’s new Pointe multi-purpose moving light fixtures, a vital element of his rig of over 1000 moving heads. These were supplied to the event along with 32 x Robe ROBIN LEDWash 600s and 20 x LEDWash 1200s by rental specialist, VER.

Robe’s powerful, super-bright Pointes were positioned left and right of the stage and behind the VIP stage / seating area. They were used - metaphorically - to “blow people away!” 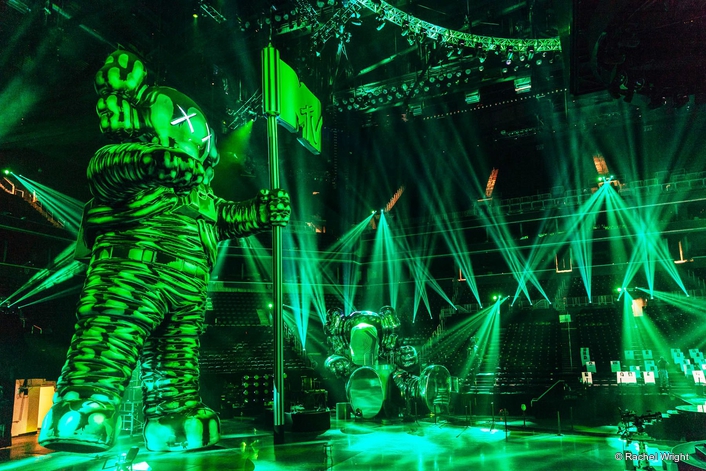 For those watching the lighting, they even gave Miley Cyrus’ much talked about “twerk-tastic” performance a run for its money!

“I needed a big beam look and a wash light in the same position,” explained Kenny. “The Pointe does it all, and is way brighter than anything else … so it’s a Win-Win situation,” enthused Kenny - who gets the Pointe!

Having the Pointes on the lighting rig also enabled him to use their beams in a ‘structural’ role for certain looks, particularly for the big dance  numbers.

Kenny – always keen to road-test cutting-edge technology - likes the fact that they are a new and fresh luminaire on the market, “I love them - they have loads of extra features that no other lights have, they are fabulously bright… and really fast”. He also appreciates the zoom, the gobos and the prism effects.

Along with the stellar line up of artists performing live at the VMAs this year and the star-studded winners list, the Pointe won its share of adulation as well… “It was the most talked about fixture of the show,” declares Kenny! 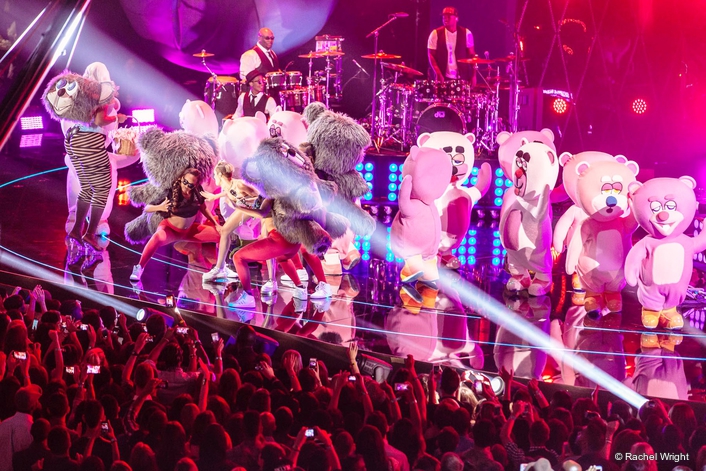 He was the first in the US to use them ‘live’, for the MTV Upfront presentation in the Beacon Theatre, New York in April.  Showing great faith in the brand to embrace a new product at such a high profile event, he liked the Pointes so much that they were on his spec a few weeks later for the 2013 CMT Awards in Nashville, Tennessee. 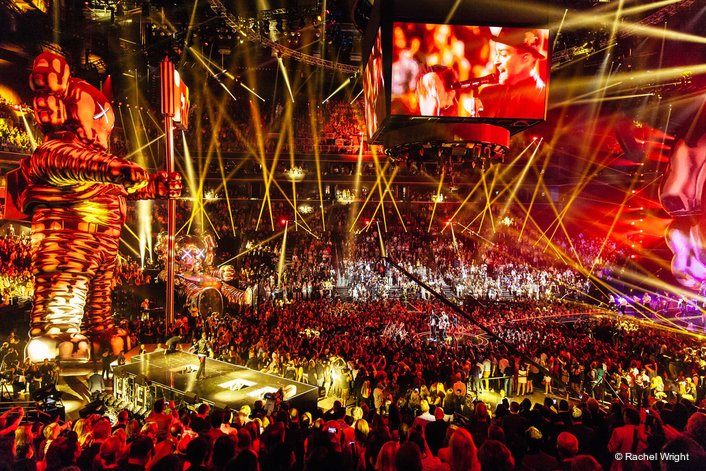 Florian Wieder was the event’s Production Designer, Tamlyn Wright was Art Director and the show was directed by the legendary Hamish Hamilton and produced by Jessie Ignatovitch, Jen Jones, Lee Lodge and MTV Productions.

The 2013 MTV VMAs scored the highest rating yet in MTV history for an Awards show,  attracting an impressive 10.1 million viewers … all of whom were able to appreciate the lighting aspect of the show, which has now been talked about and commented on worldwide.