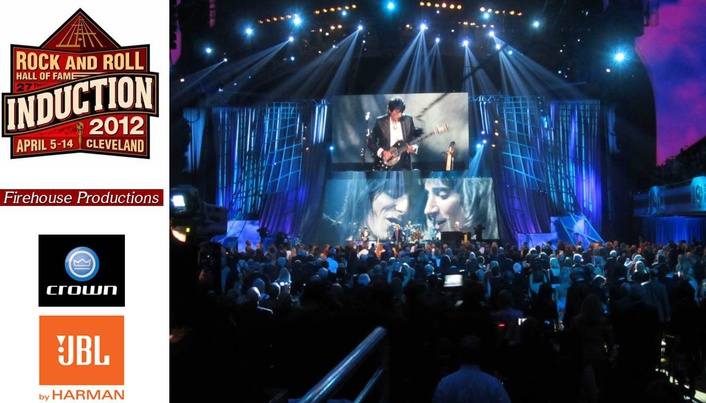 The ceremony included performances by many of the inductees, including members of The Small Faces/Faces
In a historic event featuring many of the top names in rock and roll, Firehouse Productions supplied a live sound reinforcement system featuring HARMAN’s JBL VTX line arrays with Crown I-Tech HD amplification for the 27th annual Rock and Roll Hall of Fame Induction Ceremony in Cleveland, Ohio.

The event featured performances by inductees Guns N’ Roses, Red Hot Chili Peppers, Donovan, The Small Faces/Faces, Beastie Boys, The Crickets and more. Other inductees included Freddie King, Don Kirshner, Cosimo Matassa, Tom Dowd and Glyn Johns. Leading up to the ceremony, the Rock and Roll Hall of Fame held many special events including the unveiling of the new Library and Archives section of the museum. 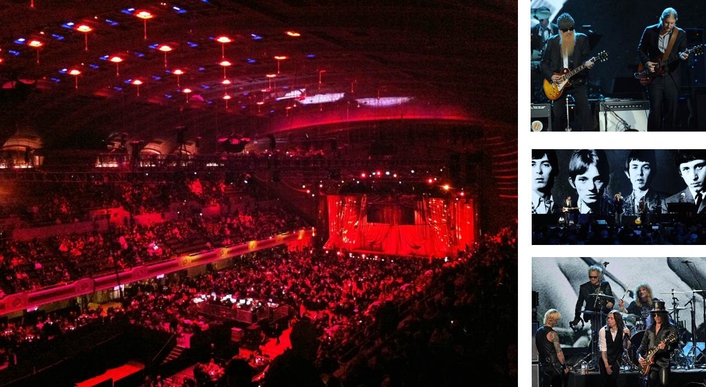 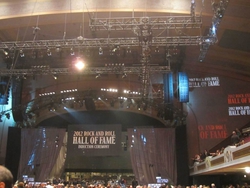 “This was the first time we have used JBL’s new VTX series line arrays and they have absolutely lived up to expectations. They provided us with more powerful sound and maximized coverage, which is critical for a live event such as this. These line arrays also feature many of the same benefits we have come to expect from JBL, specifically being lightweight and easy to deploy at difficult angles,” stated Mark Dittmar, Lead Design and Integration Engineer at Firehouse Productions.

“Crown is our amplifier of choice for major live events, this being no exception. As one of the earliest users of the I-Tech HD series amplifiers, we know the sonic integrity is unmatched and I’ve been impressed with how they have continued to optimize the amps through constant improvements to the updated presets,” added Dittmar.

Front of House Engineer Dave Natale provided the live mix for the event and added, “The new JBL VTX system combines all of the low-end power that I have come to expect from JBL with the addition of an ultra-smooth and accurate high end.”