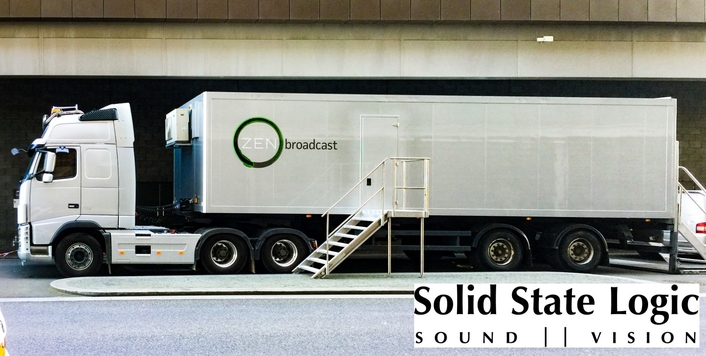 "System T is by far the best sounding broadcast console I have ever mixed on... It's a game changer... "

Zen Broadcast is a relatively new UK-based company, born of the considerable combined experience of Directors Andy Deacon and Terry Tew, and regularly delivering both live and recorded high end programmes for clients such as ITV, BBC and Sky, both nationally and internationally.

The Zen Broadcast mobile was designed to fulfil a market requirement for a facility that could turn up at a European broadcast studio or event with two separate mix areas, another recording and tape specific room with comms, and with full support for Dante AoIP networked audio as well as AES67, MADI, SDI, and SMPTE 2110. It was originally intended to be a space where various consoles could be moved in and out, depending on the requirements of the Sound Supervisor and the job at hand, ensuring it was equally adaptable to complex broadcast events, classical recording sessions, music festivals, and more. "But it was while we were working on The Voice last year that a colleague, Ben Milton, suggested an SSL might fit nicely into the truck,” recalls Deacon, “That was mainly based on Ben’s very positive experiences with the SSL Live consoles at events like The Glastonbury Festival.”

Deacon managed to find space in the diary to test System T in the Zen Broadcast mobile, though it was the busiest time of the year with several very large live broadcasts booked in immediately afterwards. Initially, the truck was parked at SSL HQ in Oxford, England. Deacon: “I know the truck’s rooms sound great, and we've had lots of different consoles in there from most manufacturers you can think of, but with the SSL plugged in everything changed. It brought everything to life. 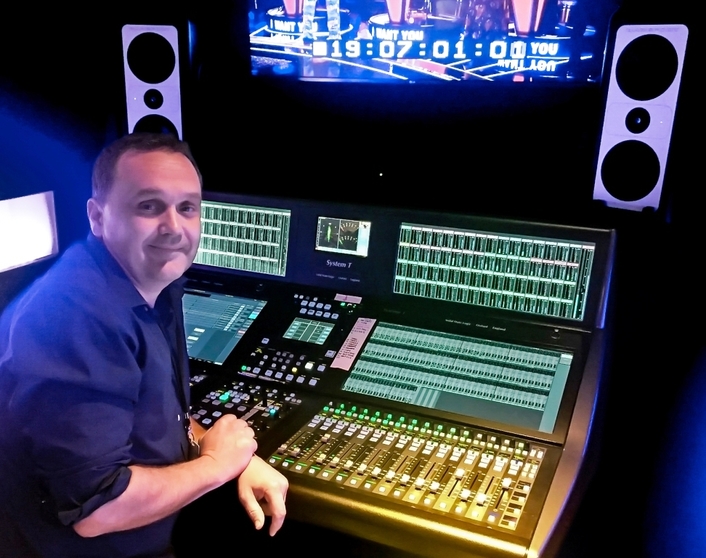 "Right there, Terry and I discussed the idea of putting System T into the truck permanently. Even though it was originally designed to take any desk, it seemed ridiculous not to put a desk in that makes the final output sound so much better.

Kevin Duff, twice BAFTA-award winning Sound Supervisor, Dubbing Mixer, and Zen regular, was present for those first tests: “The sound was simply stunning,” he says. “And that is no exaggeration... the soundstage of a band I have recorded for 5 years had immediately changed.... The detail was astonishing." In particular, the channel dynamics impressed from the beginning... "It gave me confidence to know the headroom was available to cope with unexpected challenges as they appeared.”

On Pitch Battle, Duff had to cope with over 60 handheld radio mics, many of which were swapped between choirs, and he had no idea until the actual show which choirs would be singing against each other. "This show really got me into the automation snapshot world of System T, and heavily into the layer manager," he recalls. "The speed of moving and editing layers became a saving grace here as I was copying and pasting faders from sound checks to other faders and moving layers all over the place... It's so funny that I had been apprehensive about using a new desk on such big shows, but a week in I realised that I would have really struggled to cope with this show on my previous desk." 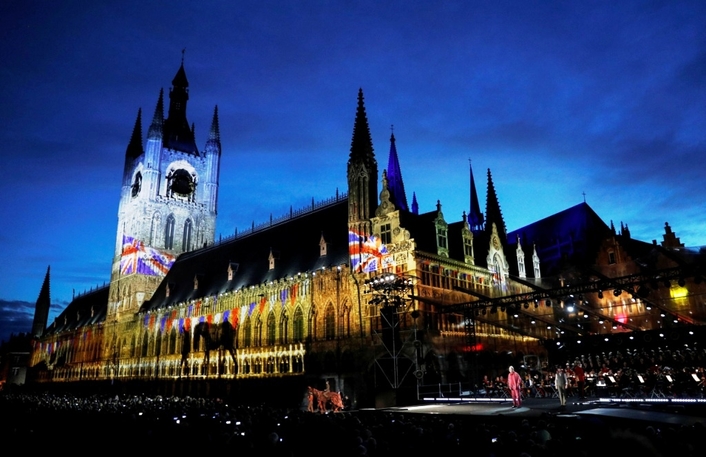 For the Passchendaele event, the Zen Mobile unit went to Belgium, to mix a complex three-hour live event. “This event was huge," says Duff. "And a meeting of genres in that we had a live orchestra on one stage, plus performers reading, singing, and doing excerpts from plays and from West End shows such as War Horse and Wipers Times... This was going to be one of those shows where just getting the faders up and down in the right order would be enough, let alone worrying about the art!"

The transmission was a success, with lots of praise levelled at the production and technical teams right across the event, including the sound. "The desk performed perfectly on both speech and music," reports Duff. "Many colleagues of mine commented (unprompted) on how clean the audio sounded too, so it wasn't just me hearing the difference."

According to Deacon, System T fits in very nicely with Zen Broadcast and its own unique appeal. “It's about flexibility and adaptability for the modern broadcast industry. We need to be able to accommodate the needs of all Sound Supervisors and events. Whilst I’d love to say it’s the truck that generates the work, this isn’t necessarily the case. It’s a facility we are extremely proud of but, ultimately revenue is generated by those Sound Supervisors and Engineers that choose to employ us. Our job is to ensure we provide a first-class facility and staff that allow them to be creative and demonstrate their artistic skills, this is why we chose System T. Of course, it helps that Terry and I have nearly 50 years of combined experience in music recording and broadcast.

“In the same way, I think the flexibility and power of the console, and SSL support, will be key for our clients. Some of our bigger live broadcast events can run to over 400 inputs…”

With Zen’s input list growing daily, Deacon feels that the system’s native Dante support will be decisive in coping with future challenges. “We've also upgraded our Pro Tools systems with Dante interfaces. That's a huge help because we can simply use the Dante Network as a record and monitoring path rather than using up all of the MADI streams.

“The whole Dante AoIP thing felt quite daunting at first, but we all looked into it and realised it's nowhere near as difficult you might think. Also, the networking infrastructure in the truck is ready - we put a whole bunch of Cisco switches and cabling in when we fitted it out… Though something we thought might be needed in a year or two has turned out to be needed within a few months!”

Kevin Duff was instrumental in recommending System T to Zen Broadcast, by taking it on the road, successfully completing three large, multifaceted, live transmissions, and returning with glowing reviews: "I feel like I properly put System T through its paces," he says. "...Not only were the shows live and very varied in content and style, but we were also on 'on the road' and not in a static install environment. I maxed the desk out on each show and pushed it very hard, so my conclusions are based on demanding situations and not just a talking-heads with some VT clips.

"System T is by far the best sounding broadcast console I have ever mixed on... It's a game changer... This desk has a beautiful old-school analogue gain structure feel with magical dynamics and EQ, and a musical heritage that is still retained even though it's designed for broadcast work."

The new System T will be installed in the Zen Broadcast Truck very soon, and is expected to have its first big outing on a prestigious broadcast event in November.