YLE and Lawo Warm Up for Another Sporting Challenge 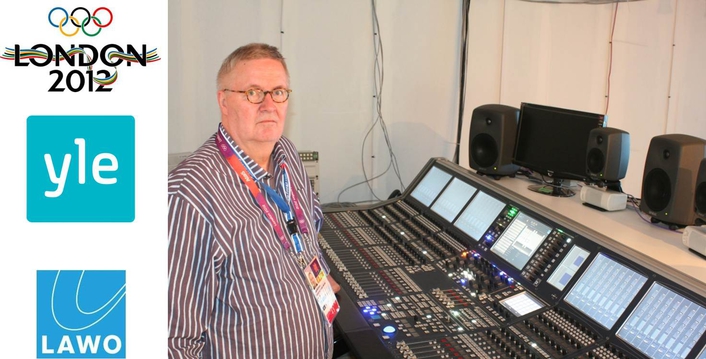 YLE’s Senior Technical Advisor Matti Helkamaa in front of the mc²66 console in London
This summer, the biggest broadcasting event in history will take place – the 2012 Olympic Games in London – and, as with other international sports events before, Lawo digital consoles will play an important role in conveying the sporting action to an international TV and radio audience.

One of the key participants in the complex production network is Finnish broadcast Yleisradio Oy (YLE), a regular broadcast partner of the International Olympic Committee, which will be producing 400 hours of TV programming and more than 300 hours of radio for audiences in Finland, and client broadcasters in Sweden and Denmark.

Coverage of the Games is being overseen by Madrid-based Olympic Broadcasting Services (OBS), the host broadcaster responsible for providing international coverage. OBS’s ‘neutral feed’ will be customised by rights-holding broadcasters like YLE, who add commentary and additional footage for their own audiences. OBS commissions venue production teams from around the globe to produce coverage of certain sports and events, according to their expertise, and YLE has been assigned to a number of Athletics competitions as well as the prestigious Opening and Closing ceremonies.

Finland’s national broadcaster runs with mc²66 and sapphire consoles in London
Finland’s national broadcaster has deployed Lawo digital audio equipment for several summer and winter Olympics; “over the years, it has been interesting to observe the development of a very advanced audio system, and, in a minuscule role, to play a part in it!”, says YLE’s Senior Technical Advisor Matti Helkamaa.

Helkamaa has overseen the design and set-up of YLE’s 2012 facilities, navigating the logistical challenges of security and travel in the busy London environment. YLE’s production and transmission unit in the International Broadcast Centre (IBC) is the London end of a workflow that stretches to Helsinki, where YLE’s new HD OBV – the U10 – is being used as production unit for the second feed. 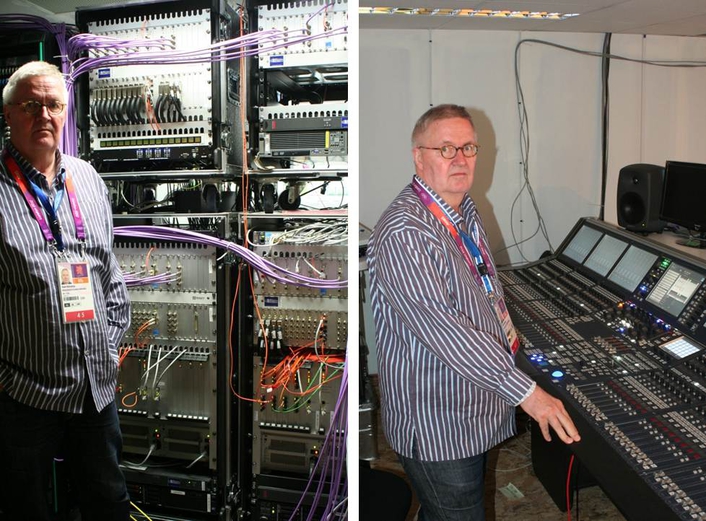 In the IBC, Helkamaa has specified a Lawo mc²66 MkII console for YLE’s main TV production, along with three Lawo sapphire units for radio; Radio Puhe in Finnish, and Radio Vega in Swedish. The third sapphire is in the audio master control room, handling additional requirements outside actual production audio mixing. A second studio facility has been set up about 3 miles from the IBC; the City Studio also features Lawo, a networked and remote-controlled zirkon frame acting as a clever "audio interface" to both the main mc²66 production audio system and the YLE Radio system - with some remote control capability.

In TV, the main feed to YLE TV2/TV1 is bilingual (Finnish and Swedish), transmitted in parallel to the HD network in 5.1 audio format. The second feed, produced in U10 in Helsinki, focuses on Finnish interests for the YLE Fem TV channel. Two additional radio feeds, in Finnish for YLE Puhe and in Swedish for YLE Vega, are produced in London.

Matti Helkamaa describes the workflow: “mainly we integrate ourselves in the EBU (European Broadcast Union) and OBS signal environment and produce live feeds.  YLE Fem TV is an exception: the production is handled in Finland, so we route the signals and returns over networked and controlled Lawo signal routing.  We use Netinsight’s/EBU’s Fine network for the transparent long-distance signal transfer platform for all these productions, just as we did in Vancouver.” 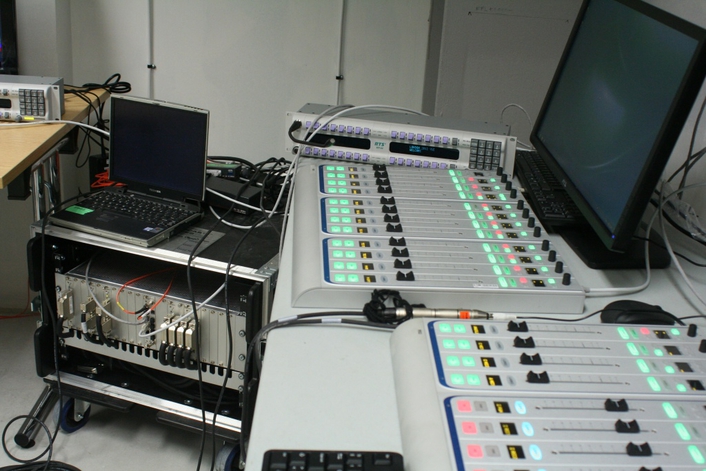 Lawo Nova routers and Line Scheduler software are central to the YLE system design, enabling the pre-prepared scheduled routing.  At the IBC, a Nova73 HD matrix routes all the feeds for the radio and TV production and to/from Helsinki. Swedish broadcaster SVT connects to this matrix for commentary audios and returns, and it also sends international radio sound to Denmark’s DR. In Helsinki, a Nova17 router delivers embedded signals to the U10 OBV unit and all its resources. 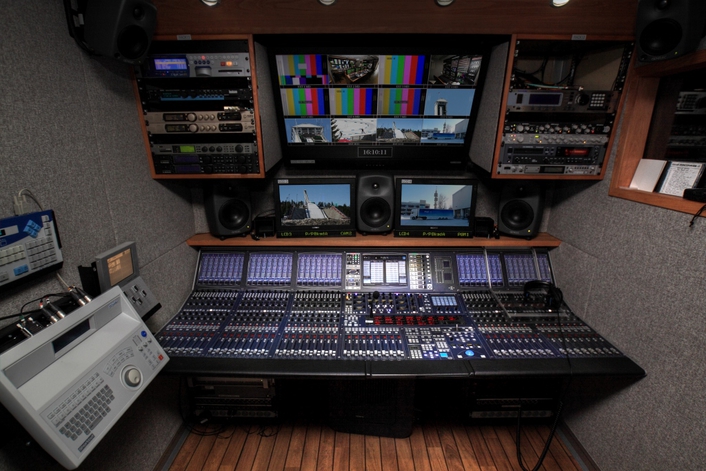 “This functionality is a primary reason for using Lawo,” explains Helkamaa. “All the consoles work in the same routing environment, and all audio embedding/de-embedding can take place within the system.  As a bonus, we have each and every SDI-audio track selectable on the faders of any of our audio consoles without requiring heavy AES cabling between audio and video systems. Any console can use any audio source, which enables the same commentator to work on radio and TV, and the routing and scheduling capability means that the commentator can be in Helsinki or in London, regardless of where the feed is produced.”

As they prepare for an estimated broadcast audience of four billion people, Helkamaa and the YLE team emphasise that their cooperation with Lawo and Audio Broadcast Services (ABS), rental partner for Lawo equipment, is, once again, going very smoothly.  “We are very appreciative of the capacity, versatility and overall design philosophy of Lawo audio systems.”

Lawo AG
Lawo, headquartered in Rastatt/Germany, specialises in developing, designing and manufacturing mixing consoles and matrix systems for radio and TV broadcasters, as well as for use in live events. Standards of high quality and innovative technology are supported by more than 40 years of experience in the field of professional audio technology.

Support for Broadcasters at the London Olympics
Olympic Summer Sports 2012
Goooooooal for Germany!