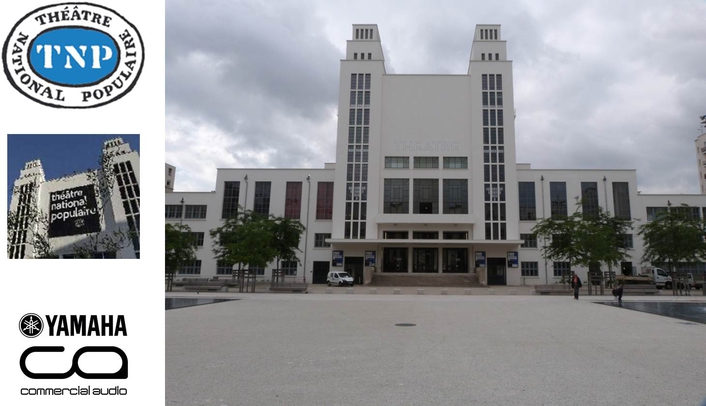 One of the country’s most culturally important theatres, the Théâtre National Populaire (TNP) has been at the heart of contemporary French performing arts for over 90 years. Moving from Paris to Villeurbanne 40 years ago, a comprehensive refurbishment has seen a Yamaha digital audio system installed in the theatre’s two performance spaces.

The aptly named Grand Théâtre and Petit Théâtre feature auditoriums seating 667 and 252 respectively, alongside rehearsal rooms and other facilities. After major refurbishment of the buildings, Vénissieux-based Scenetec was contracted to design and install the new technical infrastructure in both venues.

“Before the refurbishment, the auditoriums were more-or-less still as they had been in the 1970s, so it was the ideal opportunity to completely update the technical specification to modern standards,” says Laurent Dureux, TNP Head of Sound.

With testing having proved the success of the design, a ‘scaled up’ version was installed in the Grand Théâtre. Here either the DM2000 or a PM5D can be used, depending on the complexity of the production. 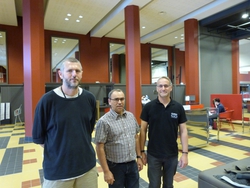 "Theatre sound has become much more sophisticated than the old days of a Revox and two speakers, one each side of the proscenium,” smiles Laurent. “The Ethersound-based system provides great flexibility - for example we now have many input and output points placed around the stage and auditorium. Using Séquenceur Histoire playback software, we can be using up to eight stereo feeds of playback at once and have loudspeakers at up to 22 points around the room - it can become very complex!”

Also installed as part of the systems are six AD8HR microphone preamps, which feed audio to the Ethersound network via a NAI48-ES interface, while five DA824 interfaces fitted with Auvitran AVY16-ES100 Ethersound cards supply audio from the matrix, via an Auvitran AVM500, to the analogue amplifiers powering the loudspeakers in each auditorium.

The opportunity was also taken to link the networks in the two venues, despite them being on opposite sides of the street, providing the most flexible solution possible.

“We had no experience of networked audio, so Yamaha Commercial Audio and Scenetec worked closely with us to deliver an exceptionally convenient solution,” says Laurent. “Although it’s a digital system, it is straightforward to input or output analogue signals as required. It allows us to do exactly what we want, even with the most difficult performances.”