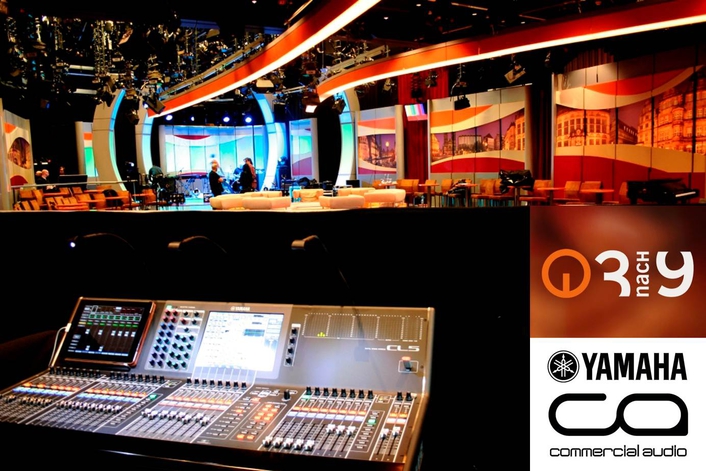 Aired live since 1974 by Radio Bremen, 3nach9 (3 After 9) is broadcast live on one Friday a month and features a wide range of national and international guests. These include journalists, actors, musicians, scientists, historians, authors, philosophers, politicians, even royalty. Such is the show’s popularity that it is repeated ‘as live’ on other channels, including national broadcaster NDR.

The programme’s technical production is handled by Bremedia GmbH, who have recently replaced the studio’s analogue mixing system with a Yamaha CL5 console, two Rio3224-D i/o units, plus a Dugan-MY16 auto mic mixing card and two MY8-DA96 analogue interfaces. Supplied by Ottersberg-based audio specialists Its A Bird, the CL system has had a wholly positive impact.

“Bremedia chose the CL system for its quality, flexibility and excellent sound quality,” says Its A Bird owner Cornelius ‘Conny’ Vogel. “3nach9 has quite a complex setup because, as well as the ‘round table’ format of the show’s discussions, it features house musicians and performances by guest live bands.

The first show with the CL system featured legendary singer Joe Cocker performing live and proved that the new equipment would be an unqualified success.

“They are very happy with the great sound of the system,” Conny adds. “With 12 wireless microphones (nine lavalier and three handheld), the production team are also really pleased with the Dugan-MY16 card. It has greatly simplified mixing the interviews and debates - any problems with feedback are a thing of the past!”