Working with One Direction and their Creative Director, Lee Lodge, XL Video provided 144 Barco MiStrip LED batons which were housed in a custom structure created by design studio, Artisan, as a backdrop for the band’s performance of their recent single ‘Steal My Girl’. The MiStrips complemented a sea of lasers behind the band, and content for the batons was controlled by two of XL’s d3 media servers. 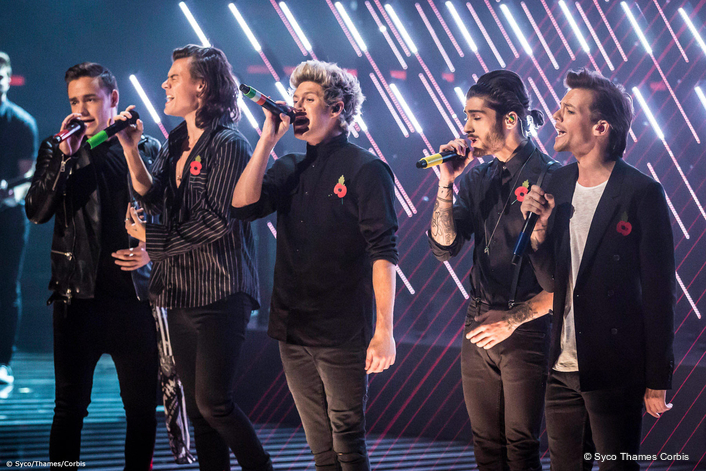 When Take That performed as a 3-piece on The X Factor’s Sunday night results show, their Production Director, Chris Vaughan, contacted XL Video to provide projection mapping for a multi-surface stage set which incorporated more than 40 blocks of varying sizes. 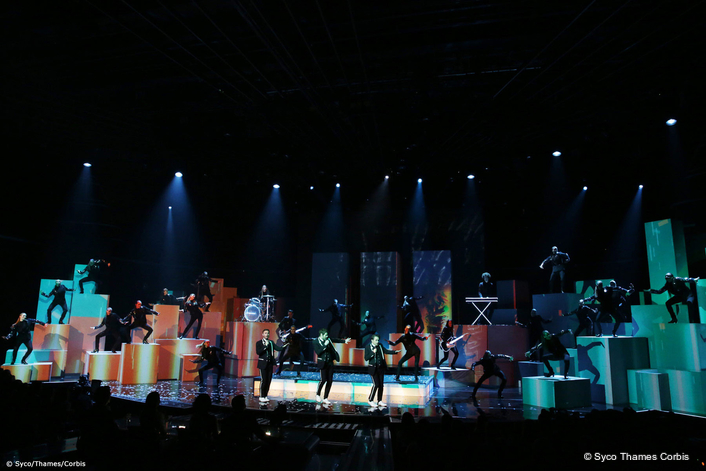 For this mapped projection, XL Video supplied 6 of their highest brightness Barco HDQ-2K40 projectors, which covered the surfaces of the rear blocks and dancer podiums. The platform on which Take That performed their hit ‘These Days’ was covered by 2 of XL’s Panasonic 20K projectors. The complex mapping and content control was supplied using 3 of XL Video’s d3 media servers.

Barco MiStrips were also used to great effect for the appearance of returning X Factor winner Sam Bailey, who performed With You. Mounted on vertical stands, 60 of XL Video’s MiStrip LED batons surrounded the singer as she performed the ballad.

Another X Factor returnee, Ella Henderson, made a big impression on the show with the performance of her hit single, Yours. A semi-circular tunnel style structure was designed by United Visual Artists, and to light the structure, 10,000 of XL Video’s individual Barco FLX-24 LED pixels were used. The pixels twinkled and pulsed throughout the performance creating the effect of waves of light around the star.

XL Video’s TV & Film Manager, Jeff Bailey, commented: “We often get requests for something a little different for artists appearing on iconic shows like The X Factor. This enables the artists to create something really unique and spectacular for their special performance on the show. For each of these performances, we were able to supply a custom creative solution to satisfy each act’s unique requirements.”