XL On Tour With ‘Priscilla Queen Of The Desert The Musical’ 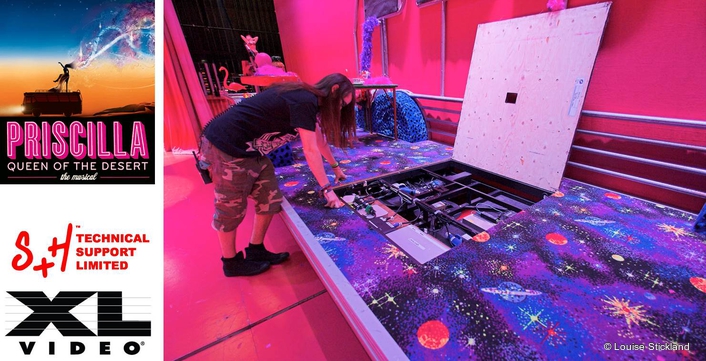 The colourful, award winning, glittering, fast paced, witty show which features a stream of disco stomping musical numbers is the latest high profile West End musical to hit the road, and is being project managed for XL by Ed Cooper, who has worked on previous shows for the producers.

For this one XL engaged in some heavy customization of the main scenic piece - the bus – which is built onto a large stage truck and forms the hub of Brian Thomson's touring set design.

The bus has four ‘windows’, which are made from 96 panels of XL’s Pixled Flex-10 high-resolution flexible LED screen product.

The Flex-10 is used to make up straight panels on this case, but was chosen because they needed a double-sided screen product, and at 8.5mm deep it’s extremely thin, and highly practical for the application especially as the bus is broken down into various component parts each time the show moves.

The video content for the bus windows which includes various journeys, graffiti, fireworks and other interactive elements is stored and replayed via a Catalyst media server sat at the side of the stage in the main video control rack.

Data signals are sent via a WDMX wireless DMX system to a Mac mini server built into the floor of the bus, together with processing and other bits of control engineering. This means the bus is completely wire free and can be more easily moved around the stage and taken apart for the moves.

XL fitted the entire processing and control infrastructure into the bus at Rocket Scenery in Nottingham. The tour is out (currently) until the spring of 2014, so it was essential that all the work be completed to long term touring standards.

A special 8 metre wide by 7metre high version of S+H Technical’s Animation Cloth was manufactured for the tour, made with a 130mm grid matrix of pixels (on the standard Animation Cloth, this is random). The modifications were needed to display the specific content being played through it.

The Animation Cloth comes in and out at key points in the show and is also fed from the Catalyst.

The third video element is a Barco O-lite border (dubbed the ‘Twitter screen’ by the crew), which is 10mm in pitch, measuring two blocks high by 62 wide. This comes in at the start of the show and is used to relay local information like the population of the current town and its distance from certain Australian references.

Content for the bus windows, the Animation Cloth and the Twitter Screen is all stored and played back via the main Catalyst, which is in turn fired by the GrandMA console running all the lights, complete with a tracking Catalyst and lighting console supplied for backup. Oliver Luff programmed video with the lighting by Chris Hurst.

Lighting and video are being looked after on the road by Chief LX Joe Dowling, who comments, "Working with XL has been brilliant. The services are excellent and Ed is always there for whatever you need". 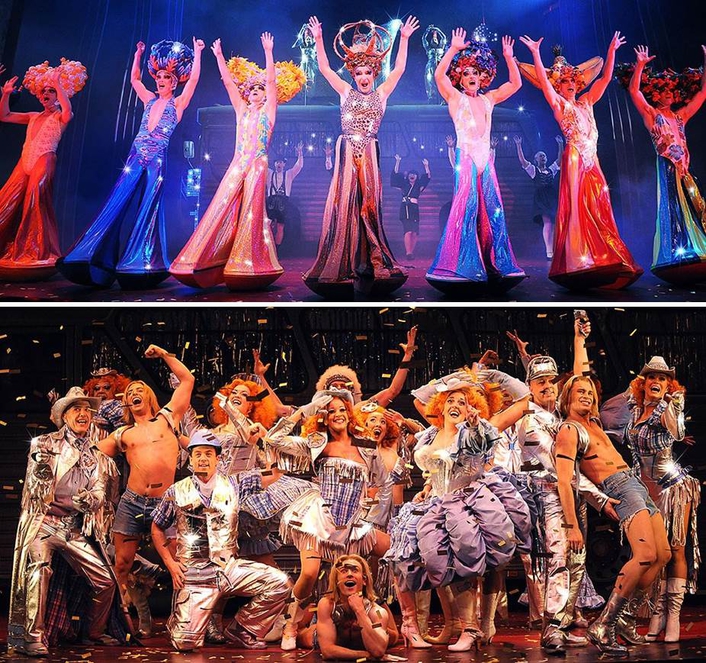 Ed Cooper adds, “This was a challenging project dealing with new equipment and a truly unique design, which required real attention to detail and close relationships with production and management alike. The end product looks great and really adds to the high production values set throughout. The crew are fantastic to work with and the show a rewarding production.”