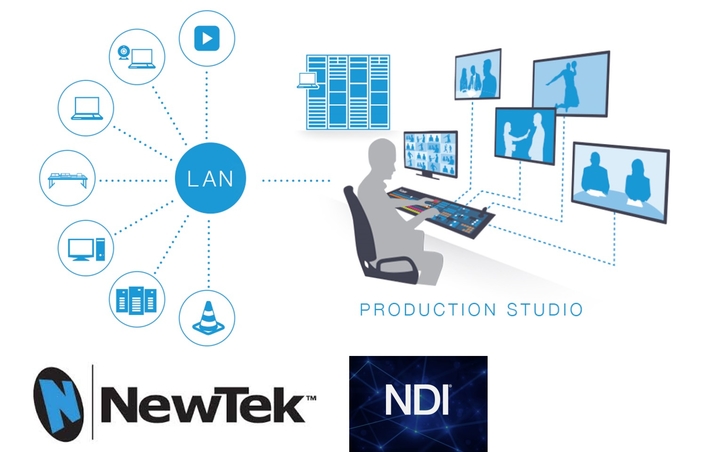 At the Integrated Systems Europe 2019 tradeshow next week, NewTek will display more than a dozen selections from the world’s largest ecosystem of AV over IP products. The common factor among the products on display is NDI®, NewTek’s royalty-free video over IP standard allowing these and thousands of other NDI-enabled products to autodetect each other over a standard 1GB Ethernet network. More than a thousand NDI-enabled solutions are in the hands of millions of customers today, making NDI the world’s largest IP video ecosystem.

“The AV world is moving now to IP video which means computers, software and networks. The good news for system integrators and customers is that NDI is software centric, developed from the minds of software engineers, it's free, and it's already in the hands of millions of people,” said Michael Kornet, executive vice president and general manager of NDI for NewTek.

Among the products on display at the NewTek booth will also be shown at each manufacturer’s stand where listed below including:

In addition, NewTek will be demonstrating NDI-based lecture capture and display signage at ISE, February 5-8 at stand 10-K160.