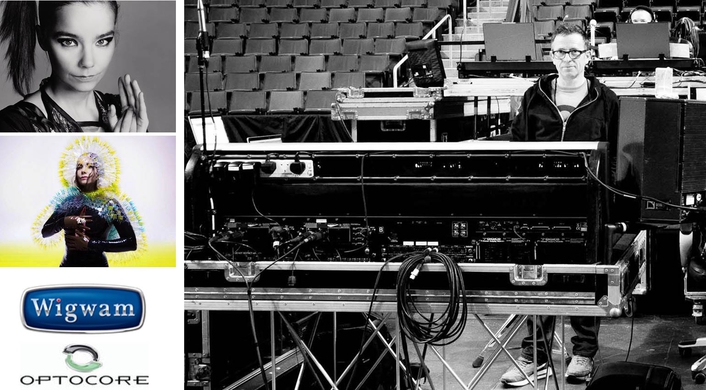 Dave Bracey, FOH engineer Wigwam
Few rental companies have been as progressive as Wigwam in deploying Optocore optical fibre interfaces over the years, and configuring drive racks designed to give their sound engineers a much more ‘fuel efficient’, elegant and secure ride.

And when the experienced Dave Bracey, FOH engineer with one of Wigwam’s long term accounts, Björk, wanted a more compact, efficient and tourable FOH package, with no single point of failure in the signal flow for this summer’s festival shows in the US and Europe, he again turned to Wigwam.

Alex Hadjigeorgiou, Wigwam’s Digital Audio Specialist, could immediately see the solution and invested in Optocore’s expanding MADI portfolio. By purchasing a DD2FR-FX MADI device he was able to propose a simple architectural change, with both Bracey’s and monitor engineer Manu Goodwin’s DiGiCo SD9’s fitted with Optocore cards and sharing the same SD Rack.

“We have added a dual redundant MADI I/O system into the DiGiCo-Optocore optical loop and maximised the power of the console network,” stated Hadjigeorgiou. “By adding an Optocore DD2FR-FX unit we have added the musician’s computer I/O as a separate node on the loop, which in turn has made the system more flexible and straightforward. While their previous solution was working, this package allows these digital channels to input directly to the fibre loop that goes to both desks, as well as offering additional broadcast and record options.”

Taking up the story Bracey, whose association with Björk began on 2011’s Biophilia tour, said, “Wigwam are always proactive and Alex showed us the best way to achieve this, at the same time keeping the set-up as small and simple as possible. We had 56 inputs already, and I was trying keeping the show within this; but Björk can be unpredictable and we may suddenly need to find additional channels.” 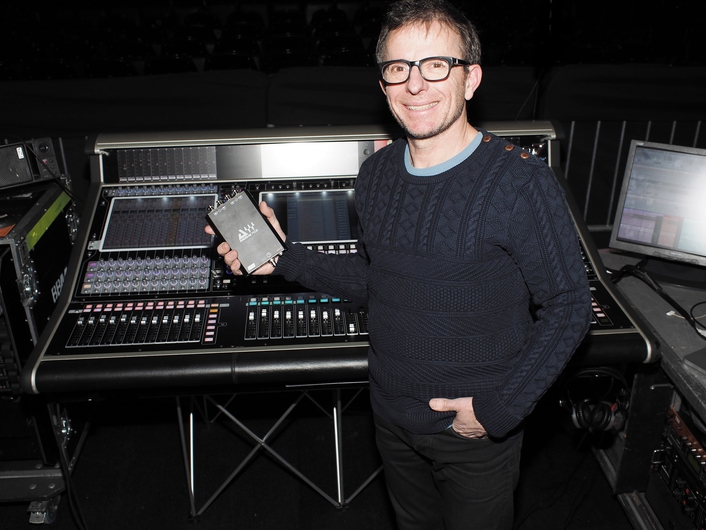 His FOH set-up includes computers for incidental playback and FX and A/D conversion on the signal chain. He had been running Waves from the desk and using DiGiGrid MGB MADI to BNC interfaces enabling any coaxial MADI-enabled device to be plugged into Waves SoundGrid processing platform and record the shows. “But I needed “less wiring, less gear and greater reliability and Alex said the best way was to get into Optocore.”

And so he has transferred to the DiGiGrid MGO optical MADI interface, enabling MADI to be run over fibre or BNC. Signals between the two MGO’s are switched to the DD2FR via Bracey’s DirectOut EXBOX.BLDS MADI redundacy switcher. “To be able to get into the Optocore ring via the DiGiGrid MGO, with just an additional 3U of rack space on stage, is perfect; the connection couldn’t be simpler,” he said.

In summary, Alex Hadjigeorgiou said, “Putting MADI devices such as the DD2FR-FX onto the loop thus giving playback inputs and MADI broadcast feeds to a different location is definitely the way forward. We have already deployed this solution with some of our other accounts such as Peter Kay and One Direction.

“When I first got the call from Dave I knew this solution would tick the right boxes. Having already made his initial system design small, flexible and robust it was a pleasure to be able to add the finishing touch.”