WDR Plots Path to the Future With Newtec DualFlow™ Technology 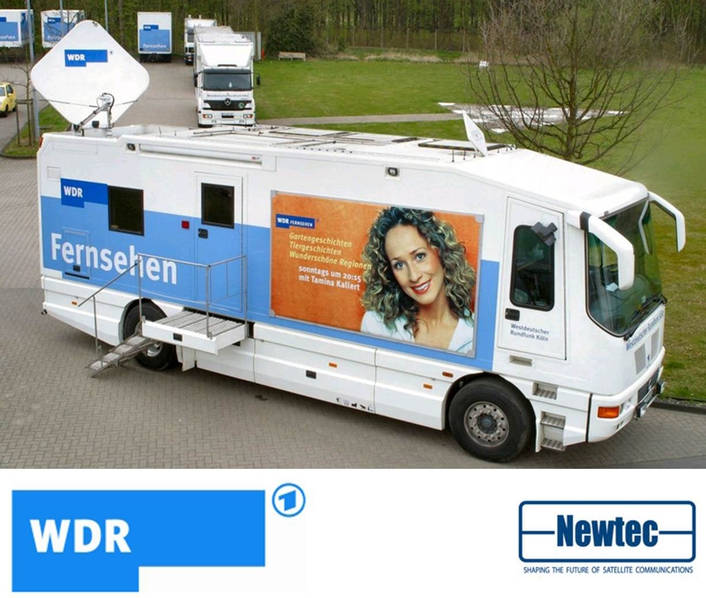 "Whether it is the traditional ASI or an IP infrastructure, for both scenarios we require high-quality pictures at high bit rates," says Eric Sollbach, Head of SNG and Satellite Technology, WDR. "By installing the Newtec modulator with the future-proof DualFlow option, we greatly increase the quality, reliability and redundancy of our mobile broadcast operations."

Newtec's DualFlow technology enables a progressive migration from a traditional ASI video satellite transmission network to an IP infrastructure, allowing WDR to migrate from DVB-S to DVB-S2 in the future without changing the infrastructure and equipment configuration. Newtec Azimuth equipment enabled with DualFlow technology delivers a compact and highly versatile solution for broadcasters seeking lower operational costs through highly efficient bandwidth use, together with backward compatibility and a future-proof design combining video and IP technologies.

"By embracing Newtec DualFlow technology on top of the existing Newtec modulators, WDR has chosen the most cost-effective and versatile path to IP-based operation," says Serge Van Herck, CEO of Newtec. "Broadcasters with DualFlow are able to have the best of both worlds — ASI and IP — for as long as they want, and they can choose the time to switch to full IP operation whenever it suits, without further expenditure."