W-DMX™ Celebrates 10 Years on the Market 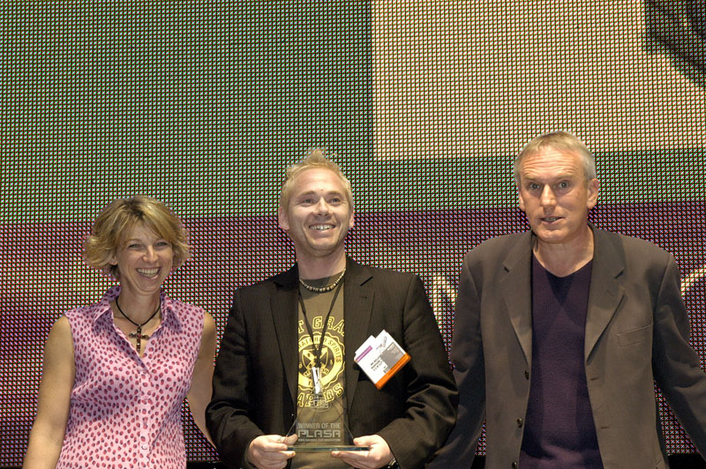 In 2005, W-DMX got Honorable Mention for the W-DMX Outdoor Solution at Lightfair in Las Vegas. In 2007, Wireless Solution was awarded a “Venture Cup” as most interesting company for venture capital, but as a part of the growing success story, the company continued on their own legs and chose not to bring in external money. In 2008, Wireless Solution was in a management buyout by its Co-Founder Interlite AB in Sweden.

Wireless Solution was founded on 3 simple ideas. Wireless DMX had already been on the market since 2004/2005 but the early technology was based on a concept that made it too expensive and complicated to use. When W-DMX was launched in 2004, it introduced a product that was up to 60% cheaper than other products, it was simple to use with only 1 single button to control all the basic functions but most importantly, it worked. In the 2006 article “The Great Wireless DMX Shoot-Out”, Lighting & Sound International Magazine said of W-DMX, “In terms of performance, the W-DMX system outshone the rest. Despite trying, we could not get it to fall over using the interference tests, and it performed the best in the range tests.”

Today Wireless Solution has over 40 OEM Partners around the world and has produced over 300,000 units since 2004. Yearly production is approximately 55,000 units. W-DMX has a wide range of OEM Solutions that are cost effective as well as a flexible and versatile “boxed” solution with a price tag that is the best in the business.

W-DMX has been used in major lighting applications around the world including the Marina Bay Sands In Singapore, Lady Gaga, Beyonce, Coldplay, Justin Bieber, Eurovision Song Contest, the Super Bowl and the Olympic Games to name a few.

Wireless Solution will be celebrating this special 10 year anniversary during Prolight + Sound in Frankfurt, 12-15 March. Visitors to the Wireless Solution booth in Hall 11, stand D80 can enter to win an iPAD Air with 4G Modem inside. For those unable to attend Prolight + Sound, you can enter the contest online on the W-DMX facebook page at www.facebook.com/wirelessdmx.