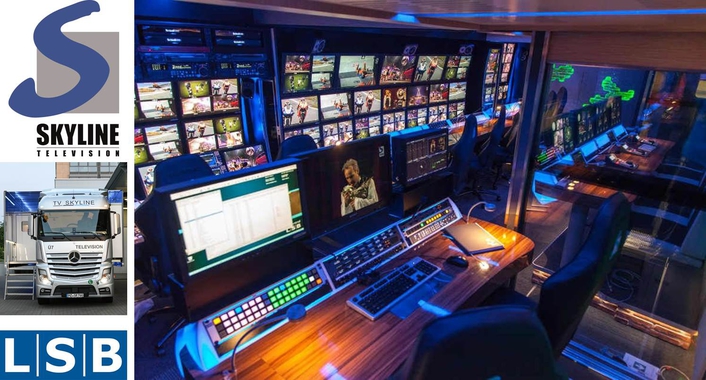 VSM as One-Stop Solution for Control and Monitoring
Broadcast service supplier TV Skyline uses L-S-B’s VSM Broadcast Control and Monitoring System in its new OB 7 HD. With new workflow and design concepts, the OB7 HD sets a new standard in the field of outdoor trucks. OB 7 has three separate control rooms and offers room for 32 workplaces for people to work. Furthermore the van doubles the number of operator positions in comparison to other TV Skyline vans. As the essential control and monitoring tool VSM is implemented in the new flagship of the German-based company.

In OB 7 the VSM system software runs on two separate HP servers in Master/Master version, offering complete failure safety. VSMs vSNMP module runs on a separate server. For operation 14 hardware panels of the new generation and up-to 8 GUIs on Lenovo touchpads are in use. The complete VSM system is future proof and 4K / 3G ready. Due to the three separate control rooms and the sizing of the audio area OB 7 can be used on very different occasions: spanning from sports, classical and rock-pop concerts to very special productions like the E-Sports event League of Legends All-Star tournament in Paris, being OB 7s first use in a big production taking place in early May. 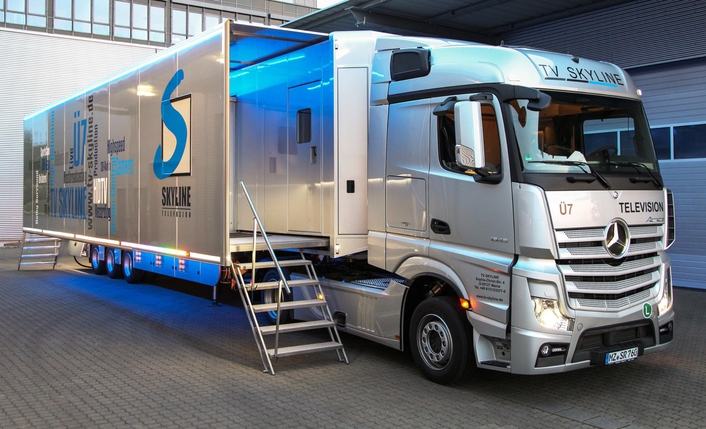 Wolfgang Reeh, Managing Director at TV-Skyline, comments on VSM’s usage in OB 7: “For us VSM is the best and most sophisticated control and monitoring tool on the market today. With VSM even complex performance requirements can be realized very easily and reliable.” 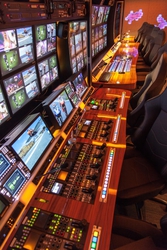 OB 7 is capable to handle up-to 22 Ikegami cameras and operates on a 4k/3G/HD/SD Kahuna 360 multiformat switcher. On the video-side VSM controls the signal-routing of the Snell Sirius 840 hybrid router, the Kahuna 360 Multiformat switcher, all camera CCUs, feed and design of 72 Axon Quad multiviewer plus 28 Crystal Vision 3G/HD/SD up/down/cross converters. VSM offers sophisticated Tally functionality with no need for an additional Tally system.

In OB 7s audio section a Lawo MC2 66 console is in use, for which VSM controls the signal routing. Distribution of audio signals within OB 7 is managed with the Sirius 840 which is designed as hybrid Audio/Video router and handles audio signals as embedded audio – controlled by VSM.