The project’s patron and supporter Yoko Ono Lennon will publicly unveil the new bus at a launch ceremony at the Museum of Liverpool  on Wednesday 8th May. The Lennon Bus debuted in the US 16 years ago to offer hands-on training in media technologies to young people and offers them practical skills to help them develop careers in the music industry. It provides workshops and seminars covering craft-based competencies including music and video production, broadcast and app development. 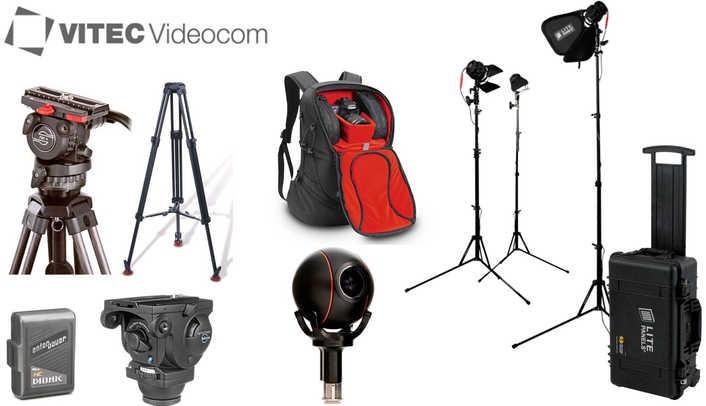 A long-standing sponsor of the Lennon Bus in the US, Vitec Videocom has extended its support for the project to supply additional broadcast technologies for the European tour bus, and has donated professional-grade products from six of its brands. These include: a Sachtler FSB fluid head and tripod; a Vinten Vision blue pan and tilt head and tripod; Petrol Bags photographers’ back packs and a 4K video bag; Anton/Bauer DIONIC batteries, chargers and a Gold Mount for a Sony NEX-700 camera ; six 1x1 panels, three Miniplus and three Croma camera fixtures and a Sola ENG Flight Kit from Litepanels; and a Lennon Bus-branded Q-Ball robotic camera head from Camera Corps.

Commenting on the sponsorship, Jake Dodson, Global Brands Director at Vitec Videocom, said: “We recognise the importance of nurturing the next generation of videographers and broadcast professionals. We share The Lennon Bus team’s vision to give young people access to the latest and most innovative technologies to help them realise their creative potential.

We are firmly behind everything the project represents and we’re delighted to be a sponsor of the Lennon Bus in Europe. We have extended our support accordingly, which has grown from contributing kit from Anton/Bauer and Litepanels for the US bus to multi-brand support on this side of the Atlantic.” 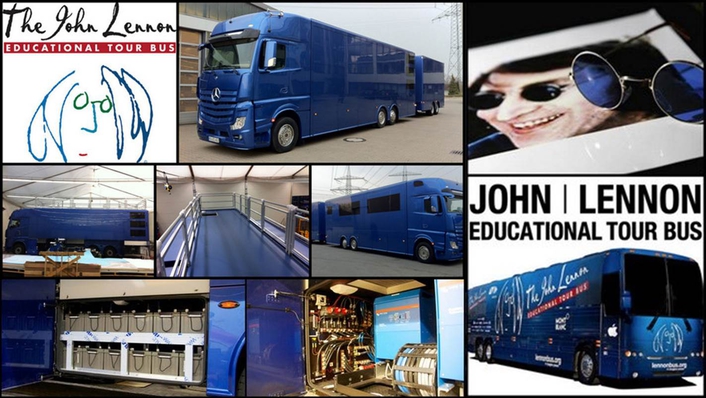 Following the launch event, the Lennon Bus will embark upon its European tour, which will stop at schools, colleges and music festivals in Austria, France, Germany, The Netherlands, Switzerland and the UK before the end of the year. This will include a residence on London’s Southbank for the duration of the Yoko Ono Lennon-curated Meltdown festival that runs between 14-22 June.

The launch event in Liverpool will be streamed live and you can also follow it on Twitter using the hashtag #Lennonbus. For more information, please visit http://www.lennonbus.org/

About the John Lennon Educational Tour Bus
The John Lennon Educational Tour Bus is a non-profit state-of-the-art mobile Pro Audio and HD video recording facility that provides hands-on experiences for students of all ages. After 16 years of touring the U.S (taking in sites including SXSW, Coachella, CMJ and many more) the new Lennon Bus for Europe features the latest audio and video technology, gear and products.

The Bus will travel across the U.K. and Europe year-round, providing free tours and workshops at schools, retailers, festivals, on tours with headlining artists, and at major industry conferences.

About Vitec Videocom
Vitec Videocom brings together some of the most respected, most innovative and most sought-after products around the camera: Anton/Bauer, Autoscript, Litepanels, OConnor, Petrol Bags, Sachtler, Vinten and Vinten Radamec.  It acts as an endorsing brand for these market-leading broadcast, film and pro video products, encouraging multi-brand system sales and simplifying the way that customers worldwide do business.

Vitec Videocom is an operating division within the Vitec Group, an international business serving customers in the broadcast, photographic and military aerospace and government markets. Vitec is based on strong, well known, premium brands on which its customers rely on worldwide.