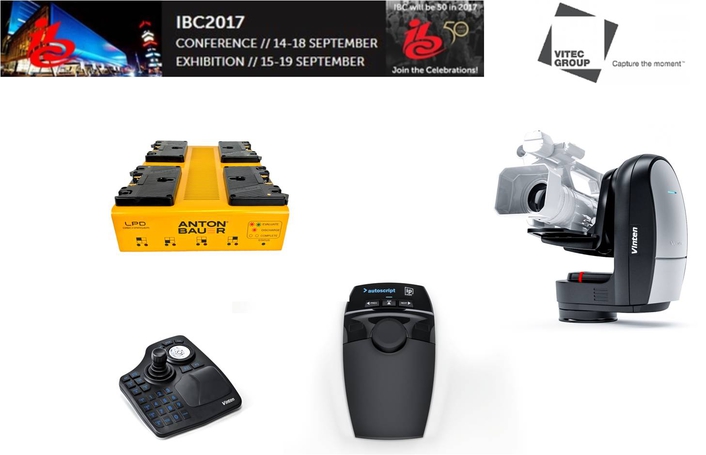 Autoscript: Intelligent Prompting
First introduced at the 2017 NAB Show and making its European debut at IBC2017, Autoscript's Intelligent Prompting is the broadcast industry's first completely IP-enabled, end-to-end teleprompting solution. Intelligent Prompting completely reinvents prompting workflows to allow devices to be located anywhere, delivering the ease of use and foolproof redundancy needed in modern broadcast operations. Since Intelligent Prompting units require no counterbalance in most situations, they are up to 50 percent lighter than other prompting solutions that do require counterbalance. Combined with increased stability, this weight reduction eases payload issues for camera supports, reduces excess movement at the end of transitions, and prevents oscillations at the end of robotic movements.
At IBC2017, Autoscript will preview a new, ergonomically designed foot control feature for Intelligent Prompting, powered by Ethernet. Also featured will be Autoscript's new EVO-IP monitor, the world's first prompting monitor to include an Ethernet connection for receiving data from the software and controller for translation into video. 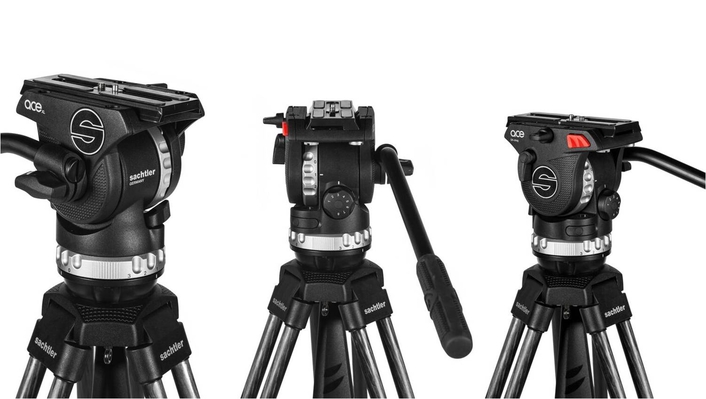 Vinten: Vantage, μVRC Controller, and Hexagon Tracks for Complete Robotic Solution
Vinten's award-winning Vantage is a compact and lightweight robotic camera head that offers unmatched flexibility and broadcast-quality movement and control at the same price point as a traditional pan-tilt-zoom (PTZ) camera head. The Vantage enables customers to choose the camera and lens that meet their requirements, supporting a wide range of pro-video camcorders from a variety of manufacturers, including Canon and Sony, as well as both full-servo and manual lens types.
As the first controller of its kind, the μVRC is the perfect companion to the Vantage, giving it even greater versatility and flexibility for enterprise video capture and allowing studios of all shapes and sizes to control high-end robotics and third-party PTZs. Paired with the Vantage, the μVRC is aimed at users looking for a complete robotic solution that suits their budget.
In partnership with Tecnopoint, the original equipment manufacturer of dolly systems, Hexagon Tracks is an advanced robotic camera dolly and track system that enables fast setup and easy assembly with no cables outside of the track — making it ideal for both high-end news studios and outside broadcast rental setups such as concerts and sporting events. 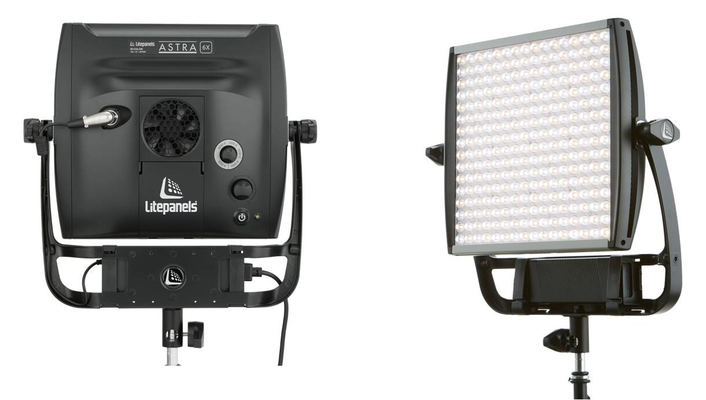 Litepanels:
Astra 3X/6X and Sola 4+/6+ LED Lights
At IBC2017, the Vitec Group's Litepanels® brand will highlight its next-generation Astra 3X and 6X LED lights. Building on the quality and popularity of the innovative Astra 1 x 1 panel, the next-generation panels now feature a 50 percent increase in output with reduced power consumption for longer battery run time. This means the new Astra 6X is six times brighter than the original 1 x 1 version, while the Astra 3X is three times brighter. Both models are available in either daylight or tunable bicolor models, and — like all Astra panels — both feature high CRI and TLCI for exceptional color reproduction. The bicolor models allow for transitional color tuning from daylight to tungsten to accommodate any lighting situation. Also, with smooth dimming from 100 to 0 percent and no color shift throughout the entire range, color and intensity can be quickly adjusted either manually or remotely via the available optional Bluetooth and DMX communications modules. 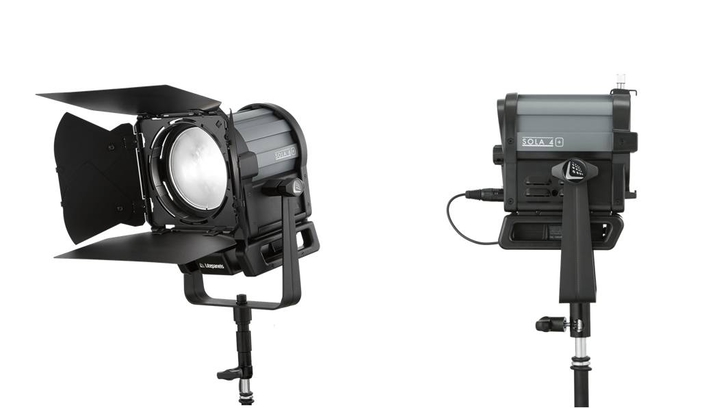 Litepanels will also showcase its daylight-balanced Sola 4+ and Sola 6+ Fresnel lights. The Sola range of LEDs provides cool daylight illumination with the unique ability to control both focus and intensity via standard DMX 512 protocol and without the heat generation of a traditional Fresnel. Compared to its predecessor, the daylight-balanced Sola 4+ LED Fresnel offers a 120 percent increase in output, while the new Sola 6+ has an incredible 50 percent increase over the previous model. Producing full-spectrum, directional illumination, the new Sola 4+ and Sola 6+ offer the controllability and light-shaping properties inherent in Fresnel lights, but at a small fraction of the power draw of conventional Fresnel lighting. The custom Fresnel lenses emit an even, collimated light source that can be focused and controlled for maximum flexibility.
Anton/Bauer LPD Discharger
The all-new LPD Discharger is a dedicated system capable of discharging up to four 90wh batteries in about three hours. The LPD helps rental houses and traveling production crews ensure compliance with IATA regulations regarding Li-ion batteries, which must be charged to less than 30 percent of their rated capacity when transported as air cargo.

A Snapshot of The Vitec Group